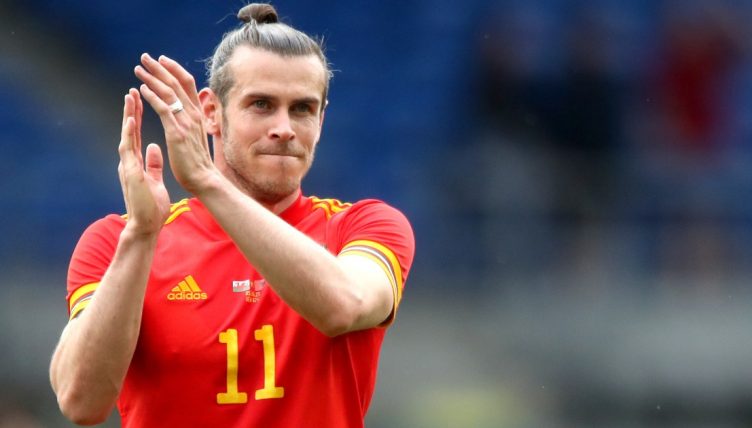 Chaos. Remember when Gareth Bale said, just before he jetted off to the Euros with Wales, that he couldn’t tell us what he’d be doing come September because it would case “chaos”?

It was another golden interview nugget from the man who sees evidence of UFOs “everywhere” he looks. And, to the surprise of Gareth Bale and absolutely nobody else, his chaos theory sent the rumour mills into overdrive.

Suddenly the stories about his future were as ubiquitous as proof of alien life on earth: Gareth Bale was retiring; Gareth Bale was going to rip up his Real Madrid contract, sign for Llanelli Town and focus purely on playing for Wales; Gareth Bale was attempting to beat Richard Branson and Elon Musk to space to get closer to his little green mates.

As it happens, none of the reports were remotely accurate. Instead, come September, Gareth Bale has taken quite possibly the least chaotic option possible: he’s doing his job for the company that has paid him to do his job for the past eight years.

The only surprise, perhaps, is how comfortable he looks doing it.

With Carlo Ancelotti back at the Bernabeu in place of Zinedine Zidane, Bale has appeared a new man – or at least new Real Madrid player.

For the man who held up the infamous, “Wales. Golf. Madrid. In that order,” flag just under two years ago, it would be quite the turnaround.

🙈 Gareth Bale is welcomed into the game by whistles from all around the Bernabeu! pic.twitter.com/PSk82cBDQx

But as Bale pointed out during the current international break: “In football, you just have to play well and the perception changes very quickly.”

It seems he found the joy of playing club football again during his loan spell with Spurs, and, he said: “I have brought that into Real Madrid this season, where there is a better environment for myself. Every player will tell you if they’re in a happier place mentally, then physically they are going to feel better and perform better.”

Have Real Madrid moved up on the list of Bale’s priorities, then? They may well have if those quotes are anything to go on.

Yet if Real Madrid fans think the club they love will ever be top of Bale’s list, then they are deluded. And with a hero’s display against Belarus in Kazan on Sunday, Bale drove home the point that however good he is in the white of Madrid, he will always save his best, most committed performances for the red of his nation.

World Cup qualifying wins are all crucial, of course. But this one felt even more so. And it was only Bale that Wales had to thank. Not just for his three goals, but for how those goals dug them out of a hole of their own making.

Bale’s drive and desire had been evident early on. He went in for a risky 50-50 with Belarus goalkeeper Syarhey Cernik, got to the ball first and drew a penalty. After a stuttered run-up, Bale dispatched it with pure confidence.

Then the collective panic came. In a mad fifteen minutes towards the end of the half, Wales gave away two goals and could have given away two more along with all three points.

Yet they rode their luck to get to half-time one behind and gave Bale the chance to make the game his. He didn’t spurn it. First came another penalty, this time won by Ben Davies and dispatched by Bale in the same style as the first. Then, with the very last kick of the game, the winner.

Cernik made a smart double save from sub and debutant Mark Harris. But the ball found its way out to Daniel James, who managed to locate Bale in the middle and the Madrid man’s shot just escaped the grasp of Cernik to trickle across the line.

A beauty, it was not. But its importance was writ on the faces of Bale’s Wales team-mates as they ran over to celebrate. Three points taken from a thoroughly uncomfortable game in a far-flung venue and their World Cup dream is still very much alive.

Bale was the architect, engineer and builder of this win, just as he was so crucially away in Andorra in 2014 in a game that set Wales moving on the path that ended in a Euro 2016 semi-final in Lyon.

So it seems that his happiness at Madrid and his form for Wales are interconnected. It is natural that if he is feeling better at club level, he will be better at international level, so it needn’t necessarily be club v country, priorities can co-exist.

But if Madrid fans are to re-open their hearts to Bale, they will have to accept one thing: while for Bale it may not be a case of club v country – that he can perform in two different shirts – it is always going to be country then club.