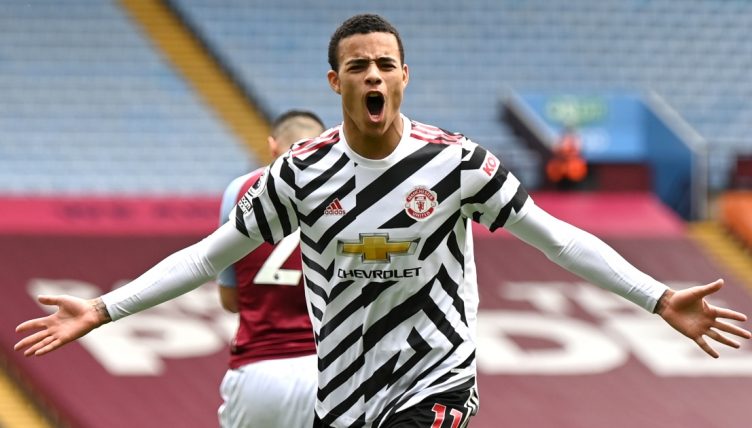 If you don’t look back at your younger self and cringe, then chances are you haven’t experienced much personal growth.

Let’s examine the evidence. Our teenage years, where many of our formative experiences take place, are littered with experiences that provoke a shudder of embarrassment upon being remembered.

Maybe you got really into The Black Eyed Peas. Maybe you spent your weekends drinking cheap cider on park benches. Maybe you were failing miserably to talk to the opposite sex. It’s all fairly pathetic if we’re being honest.

Or, if you’re Mason Greenwood, you become the highest-scoring teenager in the Premier League for Manchester United.

Just one look at the names Greenwood has overtaken since scoring his first league goal at Sheffield United in November 2019 reinforces the significance of his achievement; Wayne Rooney, Cristiano Ronaldo and Marcus Rashford now trail the Bradford-born striker.

Some critics have observed that Greenwood tends to score in streaks and against tired opponents towards the end of the season. That his strike during the 3-1 win at Aston Villa was his seventh in his past 10 appearances would seem to confirm such an idea.

But this would be exceptionally harsh on a striker who wasn’t even alive when Michael Owen, another teenage striking prodigy, scored his famous hat-trick for England in Munich.

Greenwood’s goal at Villa Park contained many of the traits that are fast becoming his forte.

Firstly, his off-the-ball running created an option for Aaron Wan-Bissaka, never the most comfortable of attacking full-backs, to slip him a pass on the edge of the Aston Villa penalty area.

Next, he turned Tyrone Mings with embarrassing ease. Mings has established a reputation as one of England’s better centre-backs, yet he allowed Greenwood to escape his attentions with all the resistance of Peter Griffin attempting sobriety.

Finally, the finish was delightful. Opening his body as if primed to curl the ball into Emiliano Martinez’s far corner, Greenwood instead cracked a low shot inside the near post that rendered the Villa custodian helpless.

No wonder Troy Deeney, speaking on Sky Sports after the match, said: “I think for me, I’ve said this, outside Harry Kane he’s the most natural finisher we’ve got in the Premier League, right and left-footed. I very rarely see him scuff a shot, he’s always hitting it pure.”

Deeney has been a fine centre-forward, but Greenwood seems to exist on a different plane. Capable of hitting unstoppable efforts with both feet, the 19-year-old is establishing his reputation as a striker of immense potential.

You can even see the similarities between his style of play and that of Ole Gunnar Solskjaer in his prime.

Greenwood’s ability and recent form has prompted tentative talk of a place in England’s Euro 2020 squad. While the United man hasn’t been selected for his country since his extra-curricular antics in Iceland last September, Southgate would be remiss to ignore a player of such pace and directness.

England’s multitude of attacking options may see Greenwood miss out anyway. But having become a record-breaking goalscorer for Manchester United, the chances are that he will become an international regular in the very near future regardless.

This is a man who’s negotiated his teenage years in ways we could have only dreamed about.