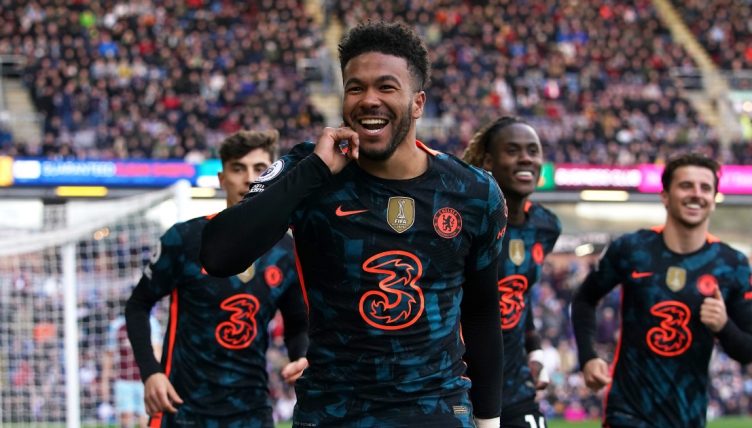 It took just two minutes of the second half at Burnley for Chelsea to realise what they’ve missed this season.

After a frustrating first half, in which the Chelsea players look consumed with the wider anxieties surrounding the club and Burnley were prepared to let them wallow, Reece James decided enough was enough.

Receiving the ball in an innocuous position, James proceeded to turn Dwight McNeill inside out as you would a pair of jeans before putting them in the washing machine before smacking a firm shot past Nick Pope to open the scoring.

The massed Chelsea fans behind the goal convulsed as the stodge and tension of the previous 45 minutes ebbed away. James let out a cathartic roar before being engulfed by his relieved team-mates.

Later on, with the kind of service you’d expect at the Ritz, James laid Chelsea’s third goal on a silver platter with an expert cross. Kai Havertz was the grateful recipient of James’ productivity.

As the away fans marched away from Turf Moor, navigating the steep Lancashire hills on their way to local train and bus stations, many would have been left with a bittersweet feeling about how their season may have panned out if James had remained fit.

As Richard Jolly noted, James was injured for eight weeks and, one game into his return, no Chelsea player has more assists and only two have scored more in the Premier League this season.

The England full-back has played only 17 league games this season – two of those substitute appearances – but has scored or assisted 11 goals. His replacement, Cesar Azpilicueta, has contributed to one.

Azpilicueta is rightfully adored at Stamford Bridge but the difference between him and James is night and day.

In James’ last 15 starts for the club, they have scored 37 goals. But, in the last seven games he’s missed, they scored only nine. His injury marked the point where Chelsea’s promising start disintegrated into their familiar winter slump.

But, with Chelsea still in realistic contention for two trophies, James’ return has given Thomas Tuchel’s side extra dynamism. Some cut and thrust. An extra dimension.

And, judging by one Zidane-esque moment on Saturday, James has brought swagger when Chelsea badly needed it.

Burnley may have lying prostrate on the canvas when the 22-year-old received possession in the penalty area and decided to drift away from Pope’s goal. The lack of urgency associated with a 3-0 lead explains that much.

But that doesn’t detract from the genius of what happened next. Ambling towards his own half, as if working off the effects of a heavy lunch, James clicked into gear once two Burnley defenders belatedly applied some pressure.

With the level of assuredness not available to you or I, James pirouetted his way between the pair before laying the ball back towards Trevoh Chalobah.

McNeill was sent in the direction of Blackpool Pleasure Beach. Charlie Taylor looked set to take advantage of the two for one offer on candy floss before self-preservation kicked in and he aborted his planned challenge.

Anybody who’s played football, whether at Anfield or the Armitage Centre, will know it’s easy to turn on the skill when comfortably ahead. But James’ tribute to Zidane cannot be viewed in isolation. It was the swaggering cap on a terrific performance.

No wonder they’ve missed him.

Tuchel was asked about James’ return following Saturday’s win and echoed the sentiment of many Chelsea supporters.

“We missed him for such a long time that we almost got used to it,” he said. “I think it was like nine weeks and we played something like 25 matches in that time.

“But once he is back and plays three times, and first time from the beginning, you see what we missed. Huge quality and it’s very impressive how decisive he is in training and in the games.”

Quite. Chelsea have almost been boosted by James’ return to the extent where it’s possible to imagine them challenging Manchester City and Liverpool for the title had he and Ben Chilwell remained injury-free all season.

But it’s not necessary to stray into the hypothetical. With his all-round ability, goal contributions and swaggering skill, Chelsea possess one of the best wing-backs in the modern game and look well-set for the next decade or so.

Just ask McNeill – once the effects of whiplash wear off.