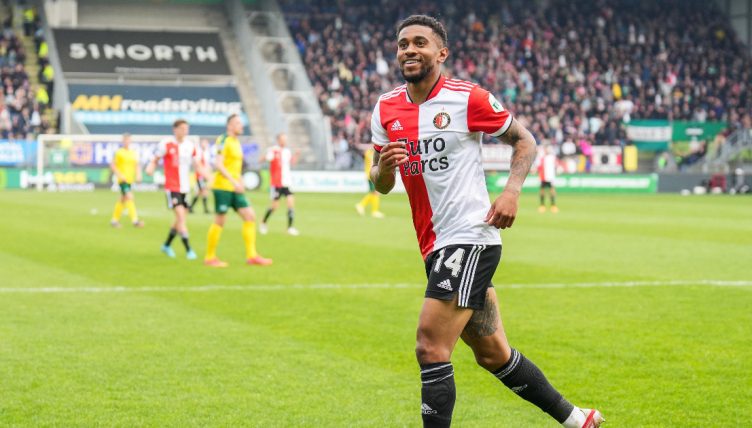 Arsenal’s academy has churned out some remarkable talents in the last few years, but before Bukayo Saka, there was another prodigy that looked destined for the top.

This was Reiss Nelson.

When the winger made his breakthrough into the Arsenal first team he was regarded as one of the biggest talents to ever come out of Hale End, and by the end of the 2017-18 season he had appeared in the league and in Europe, as well as winning the Premier League 2 Player of the Season award.

This was therefore a serious prospect, who had torn up the youth leagues, making academy football look too easy for him.

Fast forward three years, and it looked to be yet another false dawn of unfulfilled potential. Nelson spent most of the 2020-21 season on the bench despite Arsenal’s struggles in attack, with the likes of Willian performing poorly, and made just two substitute appearances in the league.

By the summer, it looked like Nelson’s Arsenal dream was at an end, and he needed to inject some life into a career that was passing him by.

A loan move to Feyenoord was on the cards, and he made the trip to Rotterdam.

For a few months, this looked like yet another year of disappointment for the 22-year-old. His loan move to Hoffenheim in 2018-19 had started well but faded away quickly, and at Feyenoord he hadn’t even started well.

However, their participation in the inaugural UEFA Conference League has been a crucial factor in saving Nelson’s career in the Netherlands. The winger finally made his first start for the club in December, in their group-stage match against Maccabi Haifa.

The Englishman grabbed his opportunity with both hands, scoring what proved to be the winner in the 65th minute, the best way any forward can prove they’re worthy of more minutes.

Nelson earned starts in the league but was still struggling for consistency, and in January his manager Arne Slot put pressure on him to improve.

“The talent is there, but what Reiss still struggles with is creating big chances for himself or his team-mates,” Slot stated of Nelson, as per Sport Witness.

“You see a lot of skill, speed and agility, but the final push is still missing. Then it’s just not a finish or just not an assist.

“The most difficult thing in football is to get the best out of your play. And if you play for Feyenoord, where you often end up in a promising position as a winger, you expect a higher yield.

“I don’t think he is much of a goalscorer anyway. I don’t see him doing that much in training either, but at Hoffenheim, in the Bundesliga, he scored seven goals. That’s excellent.”

What happened next caught everyone by surprise: Nelson exploded into life not too long after the comments from his coach, providing a goal or an assist in each of Feyenoord’s first four Conference League knockout games, showing off the speed and technique which had made him such an impressive talent early on.

He finally found his end product, and now has six goals and assists in his last three Eredivisie starts, and provided an assist in the Conference League semi-final first leg against Marseille.

Reiss Nelson assists Feyenoord's 2nd goal in the Conference League Semifinal against Marseille. Nelson kept his cool and picked out an inch perfect cross, allowing Sinisterra to slot it home and double the lead. Intelligent play from Reiss.pic.twitter.com/UxCWupA02a

He now has four goals and eight assists in 17 starts for the club and claims that his improvement in end product is helping his development.

Nelson’s best performance came against Heracles, where he scored and provided two assists, and this was the match which cemented his place in the team.

“[My development] is going from strength to strength, and it’s good that I’m now developing in the way that I should be, and it’s always nice to get the rewards like the assist and the goal,” Nelson told Feyenoord’s YouTube channel.

“For me it’s just being able to be at a high tempo for long periods, over 90 minutes, to be strong in my duels and 1v1 battles, and really feel free in my movement, that’s the main thing for me.”

Nelson now has the chance to bring European glory to De Kuip, should Feyenoord beat Jose Mourinho’s Roma in the Conference League final.

With one year left on his deal at Arsenal, it is unclear if he will have a future under Mikel Arteta, but his spell at Feyenoord is unlocking the vast potential in Nelson which can see him reach the very top.