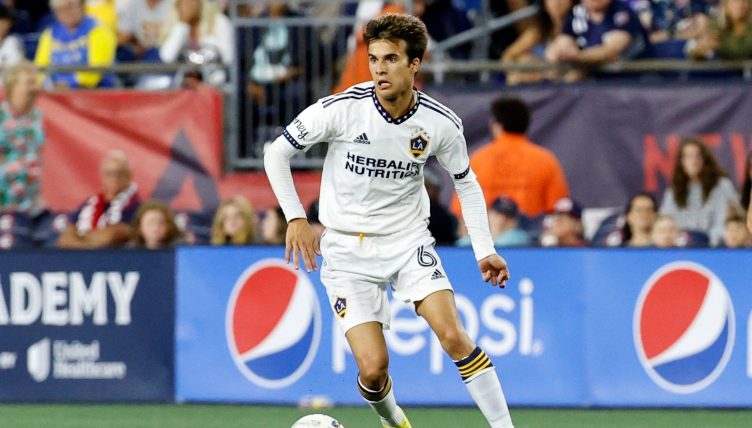 It’s just over a month since Barcelona were rounding off their pre-season tour of the United States. They’d faced Inter Milan, Real Madrid, Juventus and New York Red Bulls, allowing fans in Florida, Nevada, Texas and New Jersey the first look at Xavi’s new-look side.

The coach, unable to get in due to visa issues following a previous visit to Iran, was the most notable absentee. But he wasn’t the only one. Neto, Oscar Mingueza, Moussa Wague, Samuel Umtiti and Riqui Puig had been left behind to train back in Barcelona.

The writing was on the wall for the quintet: they were not in Barcelona’s plans for the 2022-23 season. And sure enough, they’ve all since left.

Puig’s non-attendance was perhaps the most headline-worthy. His entire career to date has felt like a wait for him to burst into life and realise his undoubted potential, but a succession of coaches have opted against giving him a regular runout.

“I like people who work every day to improve, and who take opportunities with both hands. Sometimes it’s not just about quality,” Ronald Koeman said, somewhat pointedly, back in 2020. “There may be players who don’t do enough in training for the coach to give opportunities.”

Xavi, on the record, hasn’t been quite so frank. But his actions have spoken louder than words.

Puig just made 12 appearances under the coach last season, nine of which were as a substitute. It became increasingly clear for Puig to clock up regular minutes and get to another level, he would have to seek pastures new.

Now he’s lighting things up in the United States just a few short weeks after former team-mates. He signed a three-year deal with LA Galaxy and has arrived with a point to prove.

“It was a tough month because I had never seen that before, leaving players behind in Barcelona and going on a tour without them,” Puig told AS earlier this month.

“Perhaps I understand the club’s position, they want to put pressure on players to leave, but there are other ways to do it. It was really difficult being in Barcelona, training alone, with four other team-mates who were also there with me.

“After seven years at the club, being in Barcelona when all my team-mates are in Los Angeles playing matches, well, the truth is that it hurt me a lot. It’s a difficult situation and sometimes you have to make decisions and they have made this decision but I don’t agree with it.”

"I couldn't imagine this club was reaching out to me… I couldn't believe I was being called by the Galaxy."

Even better memories ahead as Riqui Puig looks to make his MLS debut tonight. ⭐️ pic.twitter.com/gPPq76ZwLo

Puig’s signing represents something new and exciting for Major League Soccer. He’s far from the first high-profile player to trade Europe for the United States – his team-mates at Galaxy include Douglas Costa and Javier Hernandez – but he’s among the first highly-rated European wonderkids to make it his first move, with prime years ahead.

It’s been reported in the past that Arsenal were closely scouting Puig at Barcelona. The 23-year-old would surely have had no shortage of suitors from European clubs once Barcelona made it clear he was available.

Instead, he’s decided to strut his stuff in an ever-developing football environment. Puig can be the poster boy for what MLS is in 2022; no longer a graveyard where ageing European stars see out their final years for one last paycheck.

Jesse Marsch and Leeds United trio Jack Harrison, Tyler Adams and Brenden Aaronson have shown that catching the eye in the land where they call football soccer can be a beginning, not an ending. Alphonso Davies, Christian Pulisic, Miguel Almiron, Matt Turner – the list is growing.

It took just 14 minutes of Puig’s full MLS debut to demonstrate the vision and technical ability you’d associate with one of La Masia’s most highly-rated graduates. His perfectly weighted through ball to split the defence and create a one-on-one for Chicharito is one of the best assists you’ll see all season.

Cushioning the ball out of the sky with his chest before executing the perfect pass resulted in a legion of Barcelona obsessives getting out of their seat, recreating that Leonardo DiCaprio meme and saying ‘You see what the kid can do?’

“Riqui can become like Iniesta, for example, if coaches trust him. I know that comparing him with Andres are big words but such a player could cost a fortune on today’s market,” fellow La Masia old boy Cesc Fabregas told RAC1 back in January.

“I’m sure Riqui has what it takes to succeed, he just has to have the right attitude and keep improving.”

Such comparisons don’t come lightly, but they’re an expression of how much talent he possesses. Set to get a regular run of starts for the first time in his career, there’s no limit to what Puig can go on and achieve in Los Angeles.

He has the potential to be one of the most successful signings in MLS history.