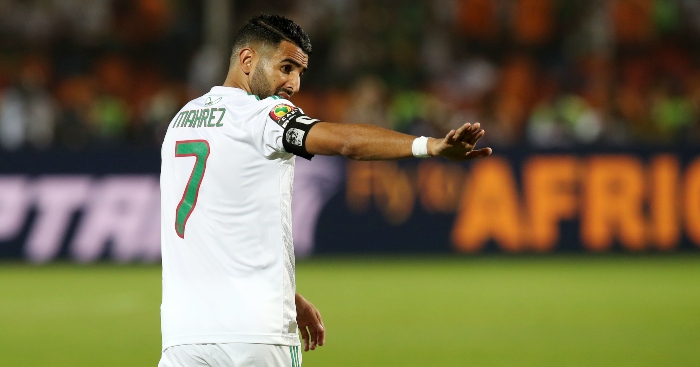 Manchester City‘s Riyad Mahrez may now be established as one of Africa’s best footballers, but this hasn’t always been the case.

For confirmation of this, look no further than Vahid Halilhodzic. The former manager of the Algerian national team, Halilhodzic was the first to spot Mahrez’s potential and included the Leicester winger, who has started just 12 times in the Championship in 2013-14, in his 2014 World Cup squad – a decision that proved controversial.

In an exclusive interview with Goal in 2016, Halilhodzic said: “I first heard Riyad’s name when ex-coach Christophe Delmotte told me there was an interesting Algerian lad at Le Havre. He didn’t play much there but he caught my attention. You could see he was one hell of a technician – he controls the ball brilliantly.

“He moved to Leicester soon after and started playing off the bench. I saw quality. He was technically superior and a sophisticated dribbler, but he had no power. Still, I saw his potential and invited him to the World Cup.

“I cannot describe what I experienced from the Algerian media after that. There was no common sense in their criticism – some even claimed I took money from Riyad to take him to the World Cup!

“Of course, he was not at the level he is today, but it doesn’t surprise me how good he is in the Premier League. He’s the kind of player that makes a difference. A modern, fantastic player. I knew I didn’t make a mistake in calling him up.”

For all the commotion it caused, Mahrez only appeared once at the finals in Brazil. As Algeria reached the knockout rounds for the first time in their history, Mahrez watched from the bench after being dropped following the team’s opening defeat to Belgium. 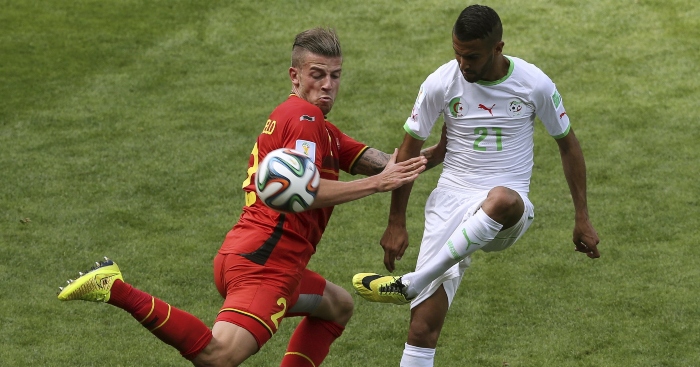 When you hear stories such as these, it emphasises just how steep Mahrez’s career trajectory has been. Before his move to Leicester in 2014, there was even a bizarre failed trial at St Mirren.

This is not a player who’s been spoon-fed at a top club’s academy, fattened on a diet on FA Youth Cups and loans to Vitesse. Mahrez is a player who has taken knocks to reach the top.

The successes of his career are familiar to most – the improbable league title at Leicester and being named PFA Player of the Year, followed by a move to Pep Guardiola’s Manchester City. While Mahrez has rarely been as central to City’s successes as he was at Leicester, only a pendant would argue his impact in Manchester has been negligible; the playmaker has recorded 26 goals and 21 assists since moving to the club in 2018.

However, Mahrez has become the undisputed talisman of his national team. Halilhodzic described him as a “typical Algerian lad: fearless, loves attention, and always contributes to a good atmosphere within the team. He’s always joking but he handles himself well in every situation.”

The 29-year-old underlined his status as Algeria’s talisman during the most recent international break, first by scoring this charming effort that combined audacity with sheer class against Zimbabwe.

Incredibly, he outdid this strike against the same opponents in an African Cup of Nations qualifier.

Receiving a crossfield pass, Mahrez executed a deft overhead flick that made Jack Grealish’s similar effort seem amateur by comparison. As if the Zimbabwe defender marking him had not been humiliated enough, he was beaten not once but twice as he desperately attempted to dispossess Mahrez.

As if realising he’d had his fun, Mahrez eventually decided to blast Algeria into a 2-0 lead from close range.

Yes, credit must go to Zimbabwe, who eventually came back to draw 2-2, but Mahrez’s performances over the past couple of weeks have emphasised the threat Algeria, winners of the 2019 African Cup of Nations, now pose

After missing out on qualification in 2018, Algeria will be desperate to make it to the World Cup in 2022. Their hopes no doubt rest upon Mahrez – should he take them there, we somehow suspect there will be no more accusations of bribery this time around.