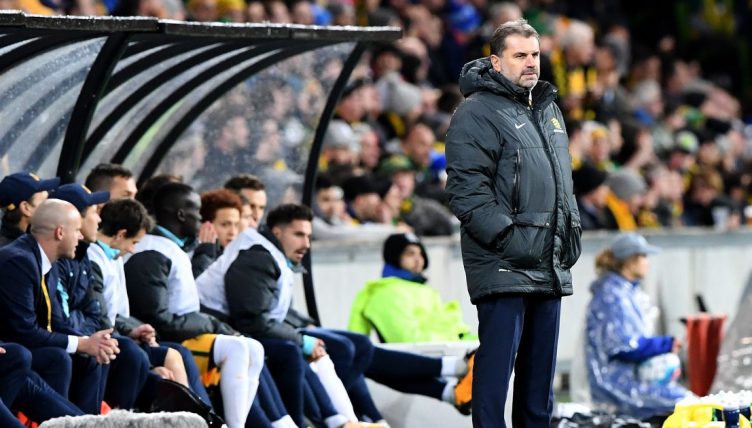 And so it proves that Eddie Howe will not be taking the reins at Celtic Park after it seemed a formality the former Bournemouth boss would be succeeding Neil Lennon.

Wrangling over Howe’s backroom staff led to discussions reaching an impasse, and the Celtic board need to act fast with the club’s first Champions League qualifier less than six weeks away.

Enter Ange Postecoglou. The Yokohama F. Marinos Coach has suddenly emerged as the shock favourite to land the job.

It’s fair to say most Celtic fans may not have been previously aware of the 55-year-old Australian, who, bar a brief stint in the Greek third division, has never managed in Europe.

So who is Ange Postecoglou? And can he revive the Bhoys’ fortunes?

Postecoglou’s coaching journey began with Australia’s Under-17 and Under-20 sides. In 2009, he took charge of A-League side Brisbane Roar.

He initially rocked the boat by dispensing of senior pros – and not to mention former Rangers players – Craig Moore and Charlie Miller, which might earn him some brownie points with the Celtic faithful. His decision was vindicated as he led Brisbane to two A-League championships, including a 36-match unbeaten run, which remains the longest undefeated streak in Australian football history.

Employing a possession-based 4-3-3 formation, the Roar were dubbed ‘Roarcelona’ during their golden period. His success led him on to Melbourne Victory in 2012 before the Socceroos came knocking at his door a year later.

His tenure in charge of the national side included qualification for both the 2014 and 2018 World Cups and a memorable 2015 Asian Cup victory on home soil, where Australia overcame South Korea in extra-time.

Postecoglou stood down as the national team boss less than a week after Australia confirmed their place at Russia 2018. The personal strain of the job had taken its toll on him.

Despite his successes with an Australian squad far less talented than the ‘golden generation’ of 2006, Postecoglou still came in for heavy criticism in some quarters. The Socceroos loss was clearly Japan’s gain.

In his first season at City Football group owned Yokohama F Marinos, there were initial struggles as the squad got to grips with his demands. After a flirtation with relegation, the Marino’s finished 12th. Rather than send Postecoglou packing, the Yokohama board maintained their faith.

They reaped the rewards the following season as a final day victory over second-placed FC Tokyo clinched the 2019 J-League title.

Despite his success at domestic and international level, it’s still going to prove a hard sell to Celtic fans, and his imminent appointment has been met with mixed views at best.

That is unlikely to deter Postecoglou, who told ESPN in 2016: “Being Australian, I sometimes feel I’ll never walk into a dressing room and get that instant credibility because of where I’m from. But that’s fine.

“Even in Australia, where I’ve had success, I never assumed that people would follow me because of who I am. I knew that I’d get buy-in if I could provide clarity, if I could put the right picture in people’s minds. I’ve been able to do that. It doesn’t scare me. It’s who I am.”

Postecoglou will be needing all of that self-assurance as he enters life in Glasgow’s fishbowl.

He’ll also be walking into a Celtic team in serious flux. Their ‘annus horribilis’ saw them finish a whopping 18 points behind Steven Gerrard’s resurgent Rangers and hopes of a historic ’10 in a row’ were shattered.

A turbulent year on the pitch has also been matched off it due to the controversial mid-season trip to Dubai while the rest of Scotland was in lockdown, invoking the wrath of First Minister Nicola Sturgeon.

When in charge of Celtic, the remit is simple: win. With the huge task ahead though, Celtic fans may settle for some progress, unity and passion. All of which were sorely lacking last season.

It’s a huge gamble for the Celtic board and newly appointed CEO Dominic McKay. Given the rebuild needed, to appoint a relative unknown is a big roll of the dice. Early success in his Champions League qualifiers will be crucial. Should there be an early stumble, the knives will be quickly sharpened.

It’s also a seismic appointment for Australian coaches. The likes of Harry Kewell, Tim Cahill and Mark Viduka are well known to many fans on British soil as players. However, Australia has not exported coaches in the same vein. Kewell was sacked from League Two Oldham Athletic in March following similarly underwhelming stints in charge of Notts County and Crawley Town.

Should Postecoglou be able to bring the good times back to Paradise, not only will he rapidly increase his own stock, he may well be a trailblazer for other aspiring Aussie coaches.

The green half of Glasgow are ready to see what the ‘boy from Oz’ can deliver.