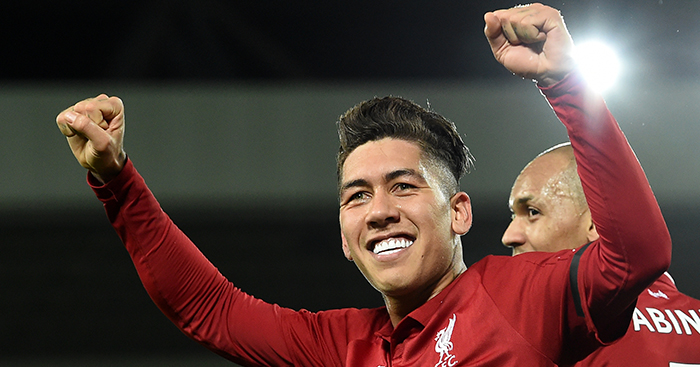 Beginning in December 2015, we’ve become used to the festive period bringing a new addition to the Star Wars canon.

In 2015 we had The Force Awakens, followed by Rogue One the following year and The Last Jedi 12 months after that.

In 2018, though, we have had no such luck. Solo dropped in May, leaving us with a December gap to fill. Fortunately for us, then, Roberto Firmino was on hand to provide his own patented Jedi mind tricks in Liverpool’s Premier League victory over Arsenal.

Firmino might not have had his strongest season in a red shirt, but we have become accustomed to the Brazilian playing the game at a different tempo, different style and even a different direction to those around him.

This season has seen him add the no-look nutmeg to his portfolio, after mastering the no-look finish last season to the point that it had almost become boring to him.

Still, at least he recognised Christmas is a time when people want you to play the classics, chipping in with a blind outside of the boot finish before deciding to mix things up later in the game.

To do this at 1-0 down, even if you are just a yard out, is an outstanding commitment to your brand. However, Firmino, like any good trendsetter, knows how important it is to be proactive and offer something new before your speciality becomes played out.

If the first goal was Firmino’s way of letting Arsenal know how little respect he had for their defending, his second was him looking at those who doubted his logic and saying “Do you see why?”.

Football is a lot easier when you can telekinetically force a group of defenders out of your way one by one, like dominoes toppling independently as if felled by a phantom contact.

Each one of the three Arsenal players in his way is fooled by an imagined hazard, leaning in to prevent a move which was never coming.

The best defenders are those who can anticipate a player’s next move, pulling up a stool at the bar before the forward has even made up his mind to stop by for a drink and waiting with a foot outstretched for when they enter.

What Shkodran Mustafi doesn’t realise, however, is Firmino has laid a rope across the doorway.

The fact that Firmino seems to be mapping out the defenders’ moves for them is only part of the problem; the rest comes from the fact that they don’t realise it’s going on.

It’s hard to explain Sokratis’ attempted challenge without putting it down to the presence of a smaller Firmino implanted in the body of the defender and being controlled remotely. The Arsenal man dives in to stop a move which isn’t being made or even threatened, and it’s hard to look at the attempt as one of a man in control.

When you’re as in the zone as Firmino, you’re able to live on the strength of what you can do without even needing to hint at doing it, and at times in the run it feels as though he has identified a patch of land which the Arsenal defenders are simply forbidden from intruding on. 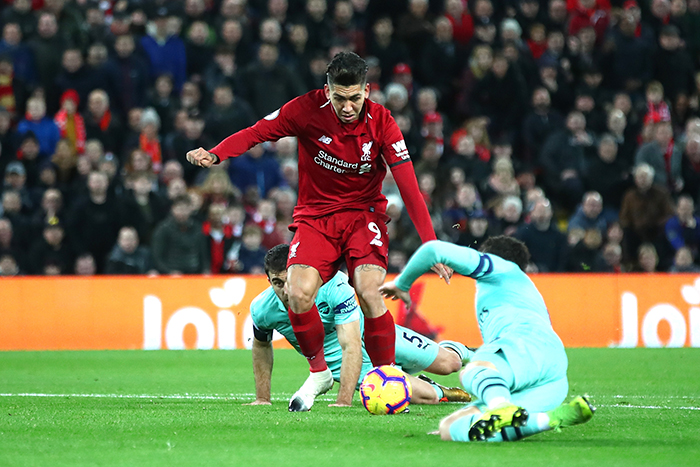 Bad things come in threes, and for Arsenal that meant Firmino’s goals against them at Anfield and the number of defenders left sprawled on the turf by his mind.

Lucas Torreira was the third to make way, scrambling like a crab to make up ground on the Brazilian after being willed to the ground by little more than a wink from the Liverpool man.

It’s as if he sees Mustafi and Sokratis become horizontal and decides it looks like fun, before realising he’s on a football pitch with a task to complete. His feet have given way from under him as if struck by a tranquilizer dart, grounded by the maybe of it all before Firmino even needs to turn potential into reality.

As he scrambles towards his opponent, there’s a cry from Torreira for it all to stop, for him to be released from this prison to resume his normal, lauded game, but the call goes unanswered by anyone in Arsenal blue.

“No,” Firmino seems to say with the subtle shift of his body. “Not yet. You have to wait.” 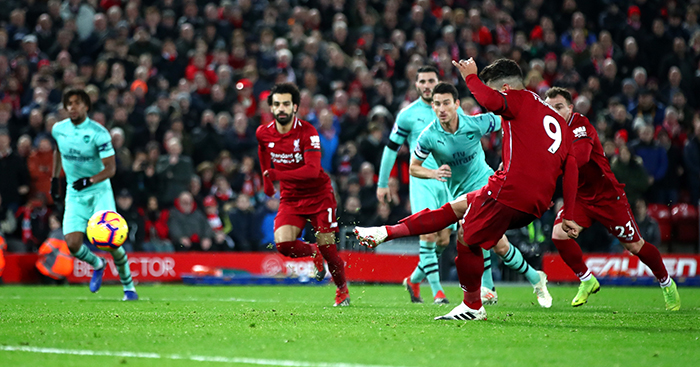 After scoring with such ease, after dictating three opposition defenders in such a manner, it feels almost like a let-down to see Firmino’s third goal come from the penalty spot.

Pulling those invisible strings feels like a penalty in its own right, and the simplicity of the third doesn’t fit with the intense concentration needed to make the second so easy.

We can only hope he’s kept a bit in reserve for later in the season. Imagine how dangerous he’ll be once he knows just what he’s capable of.