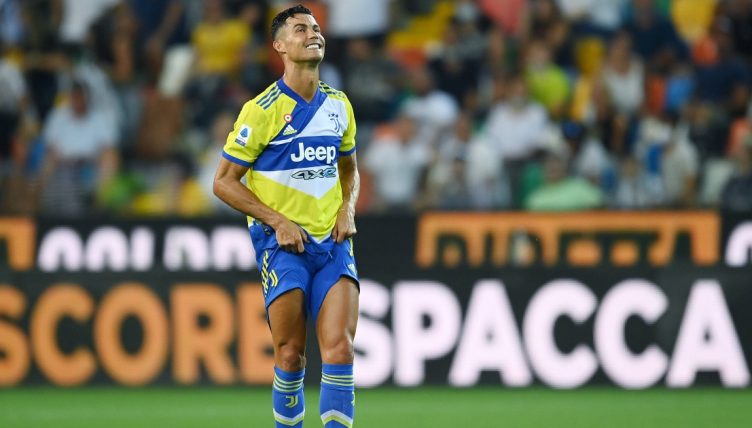 Rubbernecking is defined as the act of staring at something of interest.

Generally described as a human trait that is associated with morbid curiosity, the term is usually reserved for checking out traffic accidents or watching a contestant attempt to flambe a fillet steak and burn down his kitchen on Come Dine with Me.

To clarify; this is not an article knocking Ronaldo. Journalists have run out of superlatives for Portugal’s record goalscorer, whose only regret surely must be that his career has coincided with that of Lionel Messi.

But you’d have to have a heart made of stone if you weren’t tickled by the late drama at the underrated gem that is the Stadio Friuli.

Ronaldo dominated the discourse surrounding Juve’s opener against Udinese. Shortly after the team news was announced, it emerged that the player himself requested that he start on the bench.

Last season’s leading Serie A goalscorer entered the fray after an hour’s play, but Juventus conspired to allow a two-goal slip. Their equaliser, scored by former Everton and Watford man Gerard Deulofeu, was aided by some fantastic slapstick goalkeeping from Wojciech Szczesny.

But, in true Death Star fashion, Ronaldo looked like he snatched victory for Juve after heading home Federico Chiesa’s cross.

He celebrated in his traditional humble manner – throwing his shirt to the ground, screaming in that endearing way of his, flexing his muscles like an Action Man.

But schadenfreude was stood waiting for the perfect moment to intervene. The subsequent VAR check deemed Ronaldo to have been slightly offside, so the goal was chalked off and the game finished 2-2.

Seconds after receiving a yellow card for removing his shirt, Ronaldo found his match-winning moment snatched away from him. Rumours that a screenshot of the precise moment he learns of this fact will replace the Mona Lisa in the Louvre remain unconfirmed.

Got to love the drama of the opening day of the Serie A season!!!

Juventus vice-President Pavel Nedved unconvincingly moved to deny rumours of Ronaldo’s departure: “We mustn’t try to create sensational stories where there aren’t any,” he told DAZN. “It was a decision shared with the player. At the start of the season, naturally he is not at top fitness.

“The decisions were made to be most competitive today,” Nedved continued. “I can absolutely confirm Ronaldo will remain at Juventus this season.”

Manager Massimo Allegri added: “Ronaldo is feeling well. I had talked to him before the game, telling him he would start on the bench.”

It remains to be seen whether Ronaldo stays at Juventus or moves elsewhere. Whatever he decides, his career will stand the test of time as one of the greatest.

But Cristiano has begun the 2021-22 season by giving football fans everywhere the opportunity for some good old-fashioned rubbernecking.

Somebody take a picture and hang it in the Louvre.

A brilliant Xl of players to have left La Liga since 2017: Messi, Ronaldo, Ramos