And after all, Ruben Dias is Manchester City’s Wonderwall 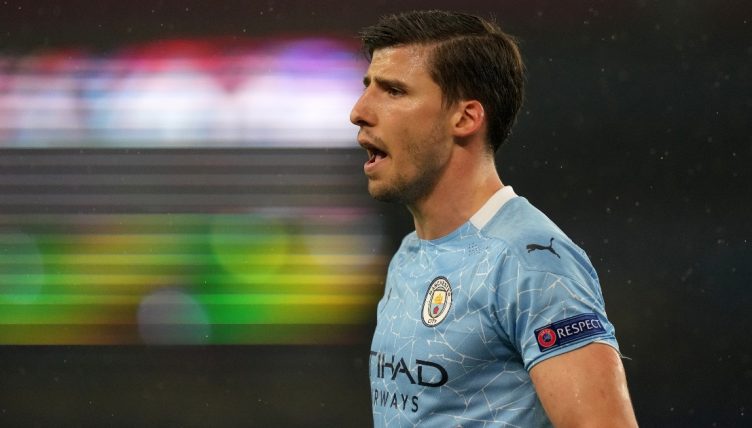 The link between Oasis and Manchester City is almost certainly the most famous intersection of music and football of the past 30 years, narrowly beating Fulham’s tight bond with Michael Jackson.

When City captain, leader, legend Vincent Kompany announced he would be leaving the club at the end of the 2018-19 campaign, Noel Gallagher dedicated a performance of Wonderwall to the centre-back that same night on-stage in Seoul.

“Vinny, it’s been a fucking pleasure to know you mate,” Gallagher told the crowd as a 15ft picture of Kompany appeared behind him.

“It’s been a pleasure to be your friend and your supporter. I wish you all the best. We’re gonna play Wonderwall for Vinny.”

Such tributes are a testament to the aura and influence Kompany yielded in his 11 years at the club, as is just how difficult he proved to replace.

Even the genius that is Pep Guardiola was left baffled as to how to deploy a defence without Kompany’s leadership and heroism.

But finally, he struck gold. A year after Kompany left the building, Guardiola singled out a young Benfica centre-back by the name of Ruben Dias. A bid of £51million plus Nicolas Otamendi showed just how good the Spaniard thought he was.

Critics of the move have since been spectacularly humbled in a way the Gallagher brothers seemingly never will be.

At the age of 23, Dias has already restored the order, solidity and consistency that was lost alongside Kompany. He is in line to clinch the club’s Player of the Season award as they march towards a Premier League trophy and possibly a first Champions League triumph which, in a team featuring the likes of Kevin De Bruyne, Phil Foden and Riyad Mahrez, is no mean feat.

Tuesday night saw him put in a career-defining display. With City boasting a 2-1 lead following the first leg of their Champions League semi-final against PSG, the Parisians were always likely to throw everything at the hosts at the Etihad, even without Kylian Mbappe.

The opening stages saw that script play out. Neymar, Angel Di Maria and Mauro Icardi were all camped in and around the City penalty area, but Mauricio Pochettino’s side grew increasingly frustrated by the Dias-led back-line.

“When the difficult times come, we step up,” the Portuguese said in an interview with CBS after the game. But for Dias, it was not so much a case of stepping up as it was throwing his body on the line.

With three minutes of the first-half remaining, and with Mahrez already scoring to make it 3-1 on aggregate, we saw his skull stop a powerful Ander Herrera cross from point-blank range, yet he walked off as if the Spaniard were a small child kicking a balloon at his head instead.

Herrera was again frustrated in the second half. A well-struck scissor kick from the edge of the City box on the hour-mark was once again blocked by the cranium of the defender. In the nine minutes that followed, Mahrez tapped in another goal, Dias made another excellent block and Di Maria was sent off for a petulant stamp on Fernandinho.

It was a performance of Knebworthian proportions, the sort that will be brought up and replayed over and over again for years to come until, frankly, we all get a bit sick of it. Just like a certain four-chord Oasis song.

Back in 2002, six years after its release, Noel Gallagher was asked about the meaning behind Wonderwall. Many had assumed it was written about his then-girlfriend Meg Matthews, but he dismissed that story.

Instead, he told the BBC: “It’s a song about an imaginary friend who’s gonna come and save you from yourself.”

There is nothing imaginary about the figures who have saved City from themselves, however. Kompany played a mammoth role in saving the club from the impending status of nearly-men domestically, leading them to a first Premier League title in 2012.

And Dias has shown this season that he has the mentality and ability to potentially better the Belgian’s glittering legacy at the Etihad. If he can steer the club to their first European crown it will seem that, after all, he was really City’s Wonderwall.