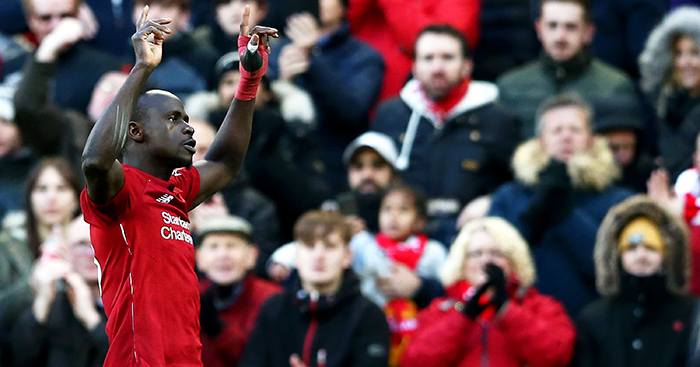 Mo Salah, Roberto Firmino and Sadio Mané have formed one of the deadliest attacking units in football. But the humble Mané is more than just a piece of the Liverpool puzzle.

Sadio Mané is doing big things. This year alone, the Senegalese scored in the Champions League final, grabbed a goal at the World Cup and was shortlisted for the BBC African Footballer of the Year award.

Under the tutelage of Jürgen Klopp, he’s part of one of the most devastating forward lines in football. His fluid yet aggressive interplay with Mo Salah and Roberto Firmino is now one of the game’s most thrilling sights.

Still only 26, things could yet get better for the speedy forward.

Nonetheless, while observers recognise Mané for his role in Liverpool’s attack, there’s a sense that the Senegalese will always receive less attention than the record-breaking Salah and media-friendly Firmino.

Salah, after plundering 32 Premier League goals last season, has rightfully become the focal point of Liverpool — both on the pitch and off it. The team look to him for goals; the world sees him as Mr Liverpool.

And Firmino possesses a star power all of his own. Whether it’s the no-look finishes, the clothes or the fact he plays for Brazil, Liverpool’s No.9 is a merchandise-shifting giant.

The stats back this up. In February 2018, Sports Direct revealed that the most popular names on the back of its Liverpool shirts were, in order, Salah, Firmino and new boy Virgil van Dijk. 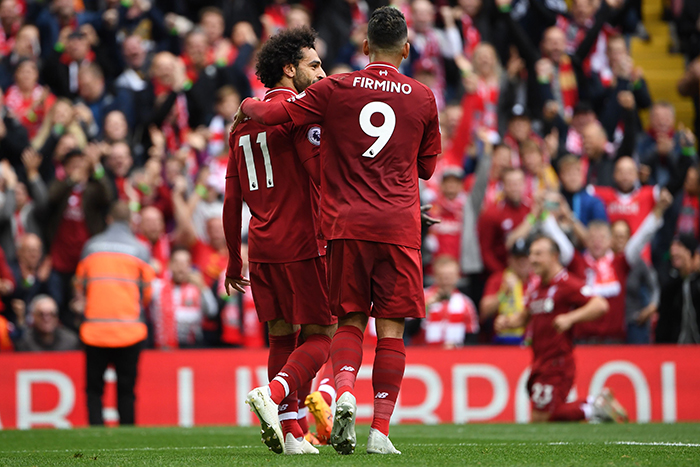 That’s not to say everyone ignores Mané, of course.

A favourite with supporters, he has simply gone about earning the plaudits in a different way: with goals and assists, yes, but also with a commitment to humility and self-deprecation that is atypical of a Premier League star.

In fact, Mané was in the news recently for one of the most humble acts one can imagine from a multi-millionaire.

Back in September, the forward scored the opening goal in Liverpool’s 2-1 win over Leicester. But instead of going out to celebrate the win, Mané went to a Liverpool mosque to pray.

After chatting to a friend who was responsible for cleaning the mosque, Mané offered to help out, donning rubber gloves and putting in the hard graft.

Video footage of the incident quickly appeared online — much to Mané’s embarrassment.

“Sadio requested that no video was sent out,” the mosque’s imam explained. “He wanted to remain discreet and wasn’t doing it for publicity.”

The imam added that, while Mané owns a Bentley, the Liverpool star drives to the mosque in a less fancy vehicle so as not to attract attention.

Mané has even joked about the difference between himself and his more extravagant team-mates.

Ahead of the PSG match earlier this week, Mané told SoccerBible how he cares less about his hairstyle than a certain fellow Liverpool attacker.

When asked about whether he enjoyed expressing himself through grooming, he replied: “Not as much as someone like Firmino… who has a new hairstyle every single game!”

But it was far from a dig at his attacking pal: he also complimented Firmino for having the best dance moves at the club.

And as if we needed another reason to love him, Mané actually has a penchant for observing his team-mate’s gestures.

Over the last few seasons, the forward has got into the hilarious and frankly adorable habit of copying his goalscoring team-mates’ celebrations.

The less accurate, the better. Long may it continue.

Needless to say, Mané is a hell of a lot more than a club mascot. Since signing for Liverpool in 2016, the pacy attacker has registered 40 goals and 20 assists in all competitions.

Klopp recently described him an “outstanding offensive player”, praising his strength, speed and mental quickness and calling him a “good shooter with both feet”.

It is these attributes that make him much more than a cog in Liverpool’s three-wheeled attacking machine.

With his skill, speed and work rate, Mané would be a star in most sides. Were Salah and Firmino to become sidelined, the club would still have a deadly attacker more than capable of doing the business.

After the deal was announced, Klopp had more flattering words to say about his No.10.

“I think he sometimes is not aware of how good he is,” the manager said. “It is not like I have to say: ‘Good morning Sadio, you are world class’ every day, but when you sign a player this is the way you hope it works out.”

All evidence suggests that Mané’s humility is genuine.

That amiable personality is having an unusual knock-on effect, too: Liverpool, despite threatening to humiliate opposition defences week after week, are becoming a neutral’s favourite.

It’s not just about the goals, either. Brendan Rogers’ Liverpool side of 2013-14 — that which came agonisingly close to a first Premier League title — scored 17 more goals than Klopp’s side of 2017-18.

While few neutrals found the likes of Luis Suárez and Philippe Coutinho especially endearing, affable characters like Mané and Salah have created that rarest of footballing breeds: a side that is both feared and loved. 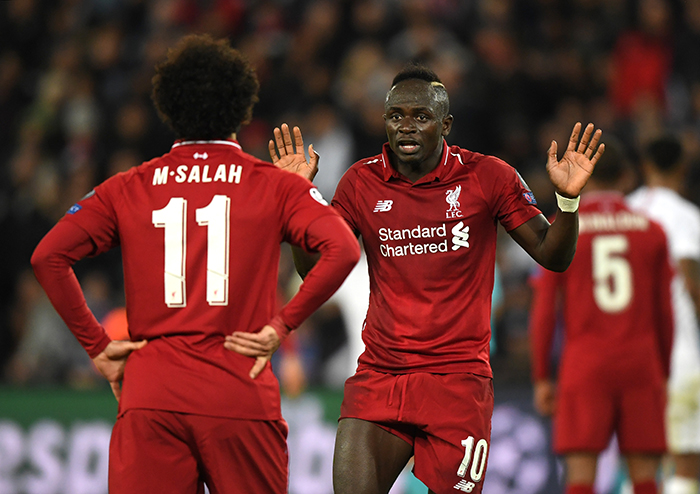 When Salah was hauled down by Sergio Ramos in the Champions League final, those who might have cheered a Suárez injury found themselves emotional and sympathetic.

Likewise, when Mané pops up at the corner flag to mimic a team-mate’s celebration, fans of various allegiances crack a smile.

At the end of the day, trophies will determine Mané’s success at Liverpool. But his attitude has made him a fan favourite — even beyond the Kop.