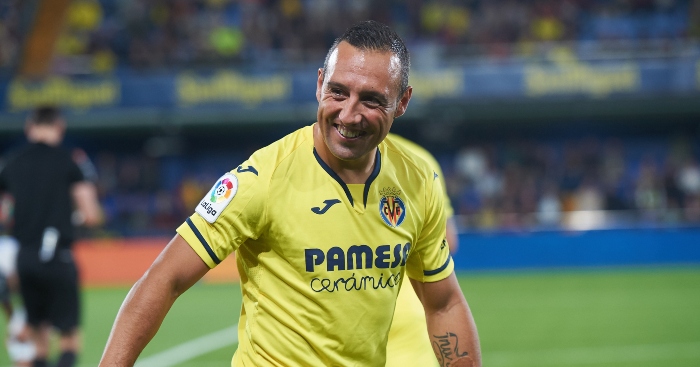 When Santi Cazorla left Arsenal, that was meant to signal the end of his career. Few of us expected to see the new beginning we’ve witnessed.

Cazorla was expected to go slowly into the night, in much the same way as Tomas Rosicky, before accepting his body was no longer up to the rigours of high-level football.

Plenty thought he might not even be playing by the time his 35th birthday rolled around, let alone enjoying one of the most unlikely and beautiful career renaissances in recent times.

This was not a recipe for featuring anything close to regularly at Villarreal, and his unveiling – in a bizarre stunt reminiscent of a Vegas magic show – suggested the move would be a nice little coda for a short while and nothing more.

“I feel like a footballer again, it’s really special,” Cazorla said after signing for the Yellow Submarine, but there remains a gap between feeling like a footballer yourself and looking like one to those watching on from a distance. Nobody anticipated that gap being closed quite so quickly.

This is how Villarreal unveiled Santi Cazorla. pic.twitter.com/pMCP8I1P30

It took Cazorla just seven months to reach the 32-game mark for Villarreal in his current spell, including a few instances of multiple games in a week. He’s 35 years old now – that’s not how this is supposed to work.

Most importantly, though, he was making a real impact in those games.

Cazorla isn’t the type of player you expect to thrive after a series of damaging injuries. His game involves such close control, so many micro-movements, that a body which has been through so much should not have the capability to put itself through the same again on repeat.

And yet, when you watch the maestro in action, it’s as if he’s 10 years younger again. As if the act of being on a football pitch and having the platform to work his magic is enough to give him an extra gear.

It’s like watching a marathon runner on his last legs beyond mile 20: every bit of logic points to the body giving up, but as long as you keep moving you can prop yourself up and maybe even surprise yourself.

The last 12 months have seen Cazorla do enough to earn a contract extension, and also – remarkably – return to goalscoring action for Spain.

“Each time his endearingly pouchy face filled the TV screen there was a sense of category-mistake going on, a glitch in the machine.”

That remains the most endearing aspect of the midfielder’s renaissance: the fact that, despite all the confusion around his ability to drag his broken body back to life, he is still unmistakably, unshakeably himself.

Santi Cazorla scored for Spain as they beat Malta 7-0 in their #Euro2020 qualifier tonight, his first goal for his country since November 2015.

We saw more of this in the 2019-20 season with a memorable goal against Barcelona.

There are plenty of Arsenal fans who will have fond memories of Cazorla picking the ball up from deep, driving at an opposition defence and just giving them belief that something great would follow.

It doesn’t matter who the opposition are, or even what his own circumstances are: being in the zone can provide all the power necessary.

Santi Cazorla has always been a man who can make things happen out of nowhere – so long as he has the means.

Meanwhile Cazorla balling for Villarreal and has just scored a goal against Barcelona. pic.twitter.com/a3PHdQMbZ5

The more we see Santi Cazorla thrive back at Villarreal, the more we wish he was able to prolong his brilliance at Arsenal.

“It was the biggest team I played for in my career and I miss everything about Arsenal,” he told The Independent last month.

“I don’t know what my legacy is there, you would have to ask the fans, but I want to say thank you to them all.”

However, it may be that he needed not just to leave London to gain a fresh start, but to return to a former club where he could see his past self every single day.

That unveiling didn’t just look like a magic trick – it served as one. Maybe we’re better off never knowing the secret.