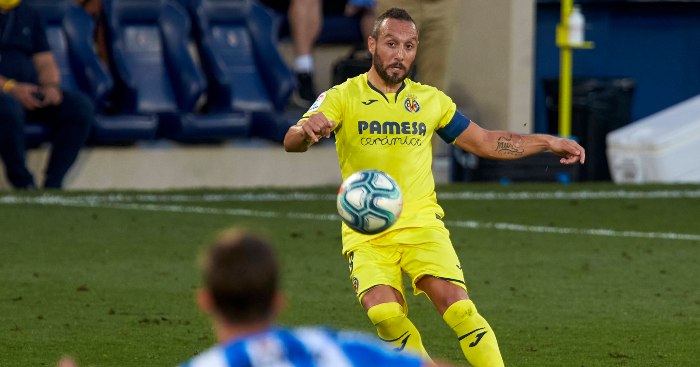 It’s difficult to think of a player less suited to route one football than Santi Cazorla.

A man who plays the game with the blissful control of Ronnie O’Sullivan navigating a 147, Cazorla is the living embodiment of the beauty of keeping it on the deck.

All perfectly-weighted passes, bewitching control and cheeky grin, Cazorla’s comeback from career-threatening injury has been football’s feel-good story of the past two years. Indeed, The Guardian’s Sid Lowe dubbed the 35-year-old, “the outstanding midfielder this season” in La Liga ahead of his final swansong in Qatar.

But for all the innocent perception of Cazorla, he plays a game which generally does not adhere to such good intentions. Sure, he’s committed to playing aesthetically-pleasing passes from the fulcrum of midfield, but the same can’t always be said for the opposition – or, indeed, all of his team-mates.

Even when Cazorla is on the pitch, there are times when a game descends into a messy scrap of high balls and physical battles.

Thankfully, he’s clever enough to be as equally effective in this scenario, as he showed in June when Villarreal goalkeeper Sergio Asenjo heaved a long pass upfield and into space behind Valencia’s defence.

Having timed his run perfectly to break the offside trap set by defenders racing up the pitch after clearing a set-piece, Cazorla could afford to take a touch and pick his spot one on one with Valencia’s Jasper Cillessen. But where is the art in that?

Instead, he cushioned the ball out of the air and into the path of striker Gerard Moreno.

It was still no easy chance for Moreno, as if Cazorla was challenging his team-mate to match his craft. But thankfully Moreno obliged, volleying the ball into the corner to score a goal as direct as Cupid’s arrow into the heart.

Assist of the season? It gets our vote.

The cushioned touch for the assist from Cazorla 🤤

The deferential dictator: Marcos Senna and the blossom of Spain’s golden age