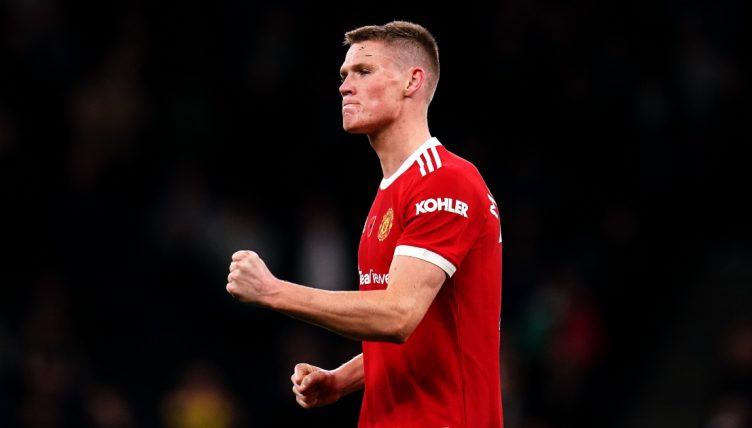 Ronaldinho. Matt Le Tissier. Eric Cantona. Just three players who were renowned for their ability to score screamers from in and around the International Space Station.

In truth, the long-range thunderbastard has always been football’s greatest leveller. Check out the goal-of-the-season contenders from lower leagues across the globes and you can be sure to find plenty of shots wellied in from miles out.

But the universal nature of the long-distance screamer shouldn’t detract from the thrilling nature of such strikes – even when they don’t hit the back of the net.

Take Manchester United’s 3-1 win over Burnley. A routine home victory that won’t gloss over another underwhelming year for United and will surely be forgotten about before you break your New Year’s resolution.

Cristiano Ronaldo scored United’s third but even a goal-scoring monster like Ronaldo won’t be reminiscing about his tap-in as the years drawn in (although, considering it’s Ronaldo, that’s a distinct possibility).

For Scott McTominay, however, a mild Thursday night at Old Trafford witnessed the greatest ‘almost’ goal of his steadily-improving career.

United were already two goals ahead, McTominay having opened the scoring early on, when Jadon Sancho collected possession on the right flank and ran at the Burnley defence.

Taking advantage of the mandated exclusion zone around him, or Burnley’s head-stretching decision to back off, Sancho unleashed some fancy footwork before laying the ball infield.

Arriving with the speed of a runaway locomotive, McTominay paused for less than a micro-second before flashing a curling effort goalwards.

Like the fate of United’s 2011-12 squad, the shot seemed destined for success before a staggering last-gap intervention. Wayne Hennessey’s save may have been less dramatic than ‘Agueroooooo’ but it was certainly a moment of high skill.

Unfortunately for the Burnley goalkeeper, Ronaldo was on hand to poke home the rebound and the Old Trafford faithful bellowed the one word of Portuguese they knew with any confidence.

McTominay seemed pleased enough, despite being denied a sterling goal.

Scott McTominay is SO close with a stunning effort and Cristiano Ronaldo is there to tap in the rebound#PLonPrime #MUNBUR pic.twitter.com/bs6UqFFK7o

The Scotland international has often been maligned by the United fans, who see his midfield partnership with Fred as symptomatic of the club’s decline since Sir Alex Ferguson retired.

But, as the 25-year-old motored around the pitch with the energy of a child that’s been given too much Sunny Delight, it was possible to think that United have simply misused him.

Playing a more advanced role, McTominay was everywhere for United and was deservedly named Man of the Match.

“You’re always going to be compared to the players who came before. But what I like about him is his maturity, on the field and off the field.”

Belgium boss Roberto Martinez added: “He is all action, he makes the front four better. It’s important when you have creative players that you have other players who are willing to work.

“He was always protecting his team-mates and then he was a threat in the final third. It was a beautiful, clinical strike. He was a constant influence. His performance was of the highest level.”

As United aim for a more successful 2022, perhaps letting McTominay off the leash more often wouldn’t be the worst idea.

And, if he’s lucky, his next long-range howitzer will end up in the back of the net.

Can you name Manchester United’s top 30 goalscorers of the PL era?