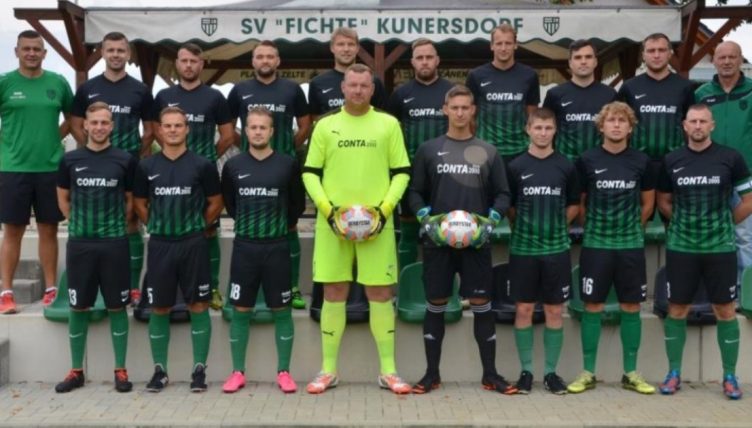 Who is the world’s tallest footballer? Given the level of scrutiny applied to the world’s most popular sport, you’d think there’d be a clear answer.

We know who the world’s most expensive footballer is. We know who has the most international caps. We know, luckily, that Jose Luis Chilavert is the only professional goalkeeper to have scored a hat-trick.

But the tallest footballer? No idea.

Footballers’ heights aren’t as thoroughly recorded as goals, appearances and transfers, and you can understand why. From an administrative perspective, it’s not critical to know the height of every player in a competition.

A league might need to know how old a player is – to see whether they need registering as a senior or junior, for example – but there’s no obvious need to know their height (and weight).

It’s not like tall players play in one division and short players in another.

Some leagues do have this information to hand, and presumably share it to satisfy public interest. The Premier League, for example, lists the height of every registered player on its official website.

But not all leagues do this. The lower down the football pyramid you go, the less likely you are to find that kind of data.

All that leads to a lot of contention about who the world’s tallest footballer really is. A few places claim to know… but do they really?

When looking for the world’s tallest footballer, we’re fortunate to have a few contenders right here in the UK.

And we’re not talking about the likes of Peter Crouch (6’7″), who would look like Jermain Defoe next to some of these giants.

By all accounts, the tallest player on a professional contract in the UK right now is Czech goalkeeper Tomas Holy, currently at Ipswich Town in League One. Holy, 29 years old, measures 6’9″ (206 cm).

Unsurprisingly, the Czech once considered a career in basketball before settling on his current path.

“I would never have made NBA though because I’m not tall enough for NBA—I’m not!” he told the East Anglian Daily Times in 2019. “I could have played at a good level in Europe maybe, but it was never my number one sport.”

Before Ipswich, Holy was at Gillingham. His manager there, Adrian Pennock, rather conservatively said of the goalkeeper: “He is a good size, a good presence.”

While Holy might not be the most technically adept stopper in League One, he kept three consecutive clean sheets at the start of this campaign, then did so again in February.

‘I fall to the ground fairly quickly’

But Holy is a full inch shorter than Belgian ‘keeper Kristof Van Hout, 34, regarded by many as the tallest professional footballer in the world—and possibly ever.

Van Hout, who currently plays for Westerlo in the Belgian second tier, is a monstrous 6’10” (208 cm), enough to convince Wikipedia of his status as the tallest player ever. (The citation leads to an empty domain, obviously.)

And Van Hout has some pretty good credentials too.

He’s played in the Europa League for Genk and, during the inaugural Indian Super League season in 2014, was team-mates with a 39-year-old Alessandro Del Piero.

In an interview with a Belgian newspaper in 2008, Van Hout claimed he wasn’t disadvantaged by his height, saying: “For my height, I fall to the ground fairly quickly.”

That’s presumably the goalkeeper’s equivalent of having a ‘good touch for a big man’.

But is Van Hout really de grootste voetballer van de wereld? And can we say with any confidence that he’s the tallest footballer ever?

In that same interview from 2008, the ‘keeper himself saw no reason to think otherwise: “To be honest, I’ve never met anyone bigger than me.”

It goes without saying that Westerlo haven’t faced Waltham Abbey of the Isthmian League South Central Division this season. Because if they had, Van Hout would have met a man half an inch taller than him.

That man would have been Simon Bloch Jorgensen, Waltham Abbey’s 6’10½” (210 cm) Danish goalkeeper.

Jorgensen, on the books of Danish giants FC Copenhagen as a youngster, has played in England on and off since 2016, taking in spells at Waltham Forest, Accrington Stanley, Whitehawk, Dulwich Hamlet and now Waltham Abbey.

Dulwich Hamlet have signed the tallest footballer in the world.

Here’s the thing though: Waltham Abbey play in the eighth tier of English football and are not a professional side. So Van Hout would remain the tallest professional footballer despite being slightly shorter than Jorgensen.

But Jorgensen has played professional football in the past. For instance, Accrington Stanley were in League Two during his spell there, and the Dane made an appearance in the League Cup in August 2017.

With a FUT rating of 47, he even appeared on FIFA 2018, becoming the tallest player to feature on the game.

Surely that pours cold water on the claim that Van Hout is the tallest professional to have ever played the game.

In actual fact, Simon Bloch Jorgensen may be just the tip of the iceberg.

According to the fairly comprehensive Transfermarkt database, Jorgensen is only the joint third tallest footballer on record—if you include all levels of the game.

One of the players tied with him is William ‘Fatty’ Foulke, an England international footballer and cricketer born in 1874, who at 24 stone is also believed to be the heaviest footballer ever, although other websites list Foulke’s height as just 6′ 9″, not 6’10½”.

Booiman seems to have mostly played in the fourth and fifth tiers of Dutch football – he’s definitely never been on FIFA – and no record exists of his footballing whereabouts since 2014, when he was about 27 years old.

Obviously, I would like to know more about Fokko Booiman and his life, but if we’re including players from the lower leagues – a big ‘if’, admittedly – we may as well focus on the player listed as the tallest ever.

Here’s what we know about Wolf: in 1999, he joined the academy of German side FC Energie Cottbus, when he was 13. At the time, Energie competed in the 2.Bundesliga, but they were promoted to the Bundesliga at the end of the 1999–00 season. 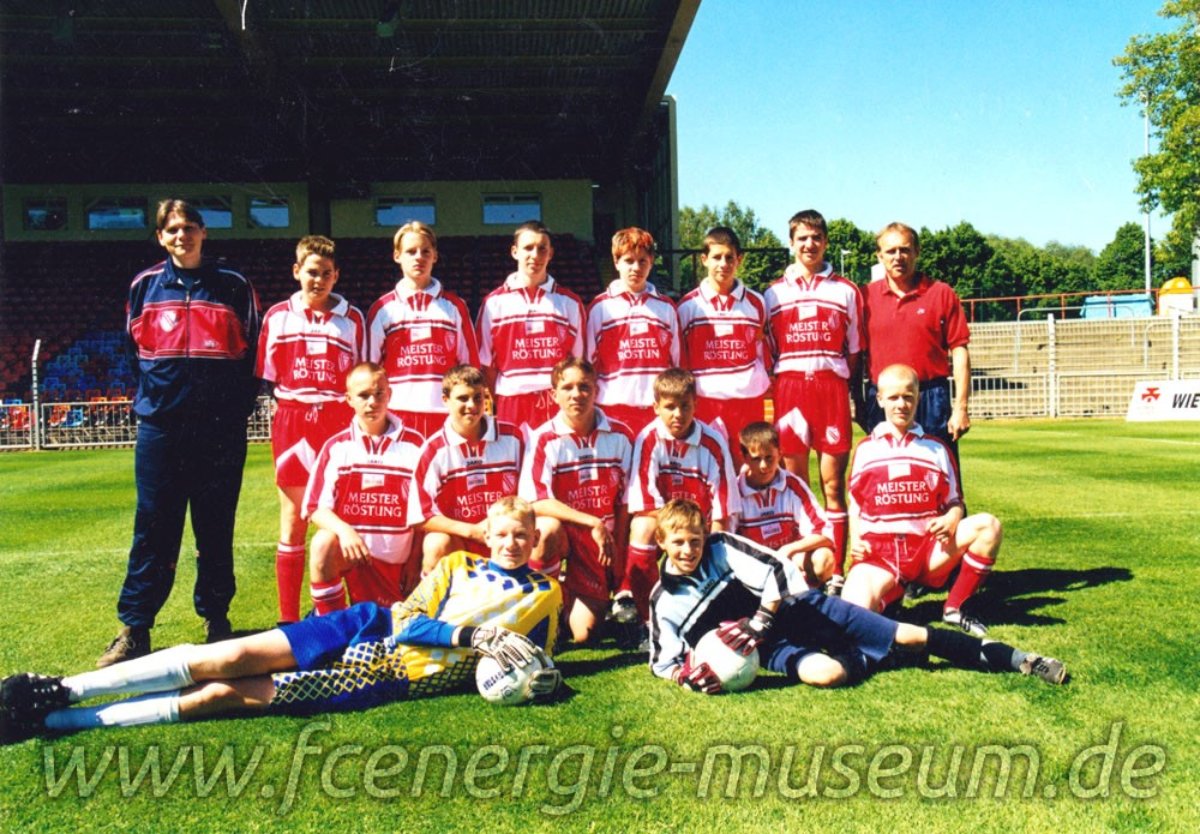 The youngster remained with Energie until at least late 2003, making a few appearances at youth level in 2003–04. The season prior, he apparently scored two goals in the regional division. However, he never made a senior appearance, and that was his last association with a professional club.

In 2005, Wolf joined lower-league TSV Cottbus, where he became captain. 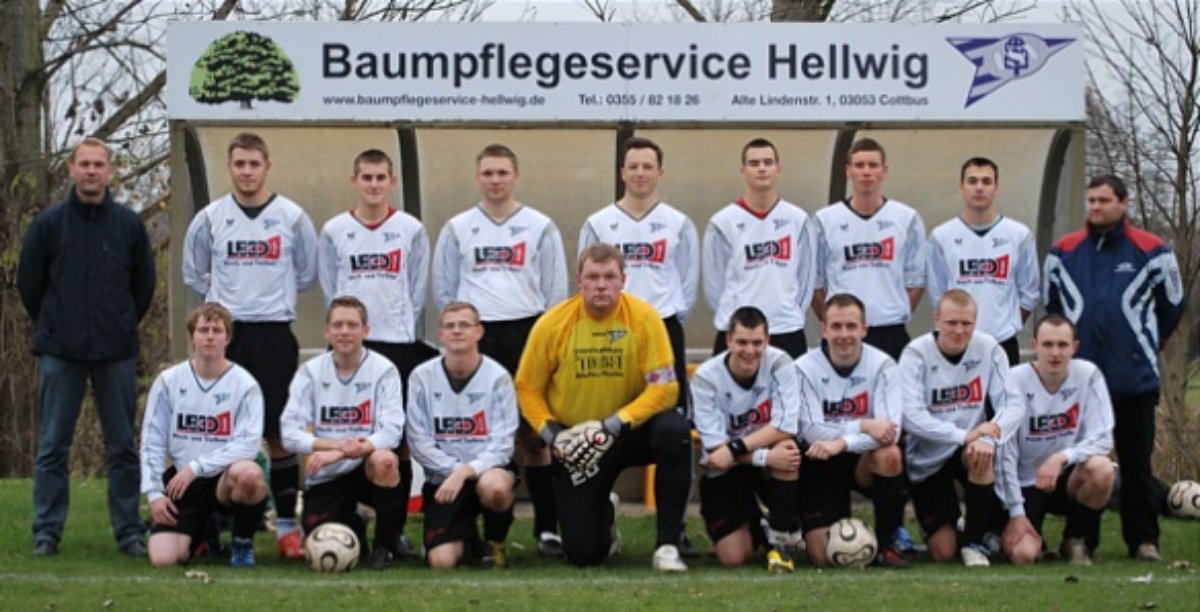 After spending an entire decade at TSV Cottbus, he finally left in 2015, heading two hours north to sign for SV Fichte Kunersdorf, where he seemingly still plays – despite not appearing in this season’s squad photo.

The elephant in the room, of course, is the lack of citation for Wolf’s height, so you’re free to believe or not believe that he’s actually 6’11½”.

Obviously, he’s very tall. You can see that from photos, old and recent. And it’s clear he’s well above 6ft. A match report from 2017 describes him as den Zweimetermann – the two-metre man.

Another match report, from 2013, mentions his specific height to the centimetre and concurs with Transfermarkt. However, it’s very possible they got their information from that database, not from Wolf himself or his club. 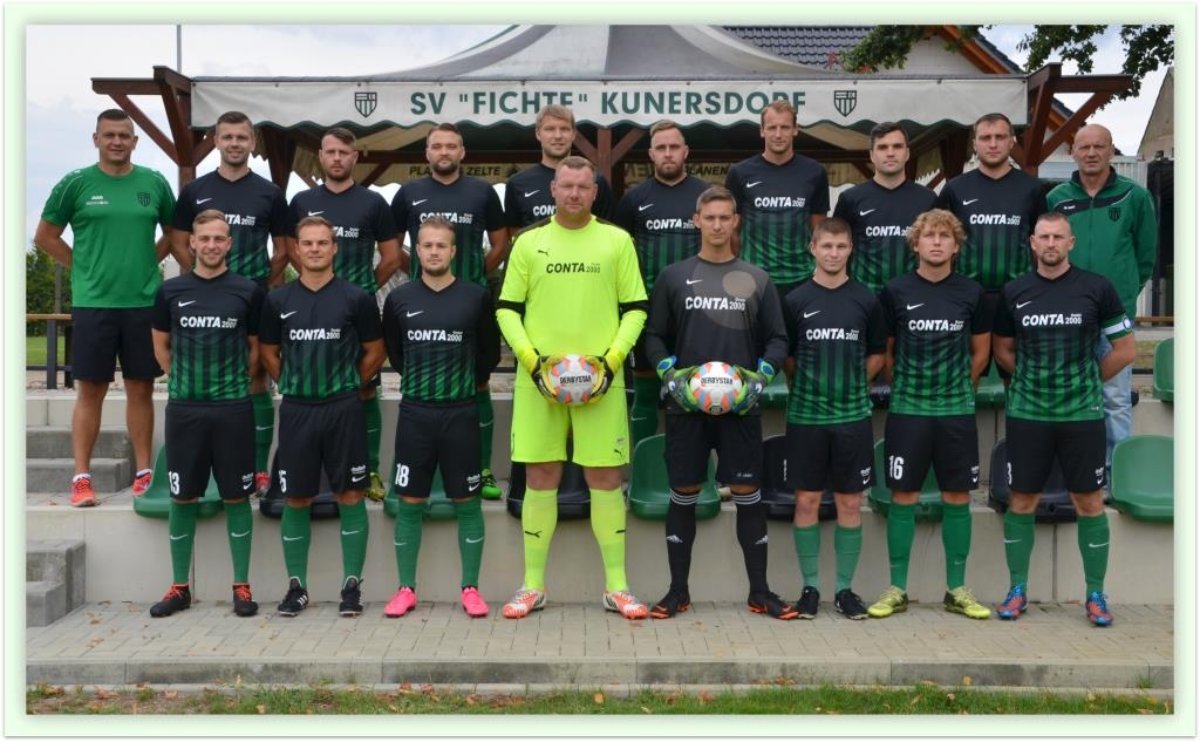 And then there’s this SV Fichte Kunersdorf squad photo, in which the player to the left of Wolf only reaches the goalkeeper’s shoulders.

That player, number 18, is approximately 85% as tall as Wolf, which would make him just over 5’11” – just above the average height for a German man – if Wolf is as tall as they say. So it’s definitely plausible. 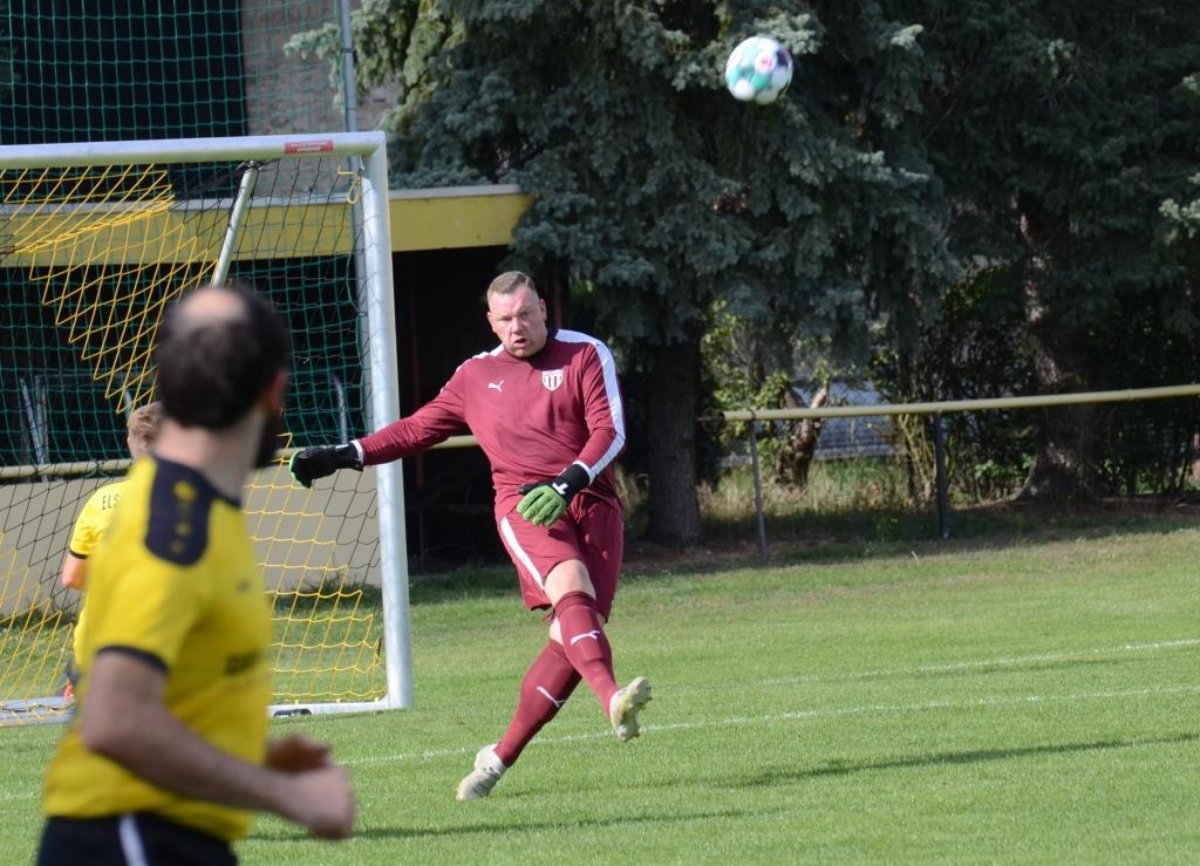 So there he remains, atop the list of the tallest footballers ever, where he will presumably remain indefinitely unless somebody measures him, proves he’s not really that tall and submits the evidence to Transfermarkt.

This giant who didn’t quite make it at a Bundesliga club now has genuine mythical status: the tallest footballer in the world, without even a photo or date of birth on his profile, looking down on everyone else.

Celebrating the career of Elton, the world’s shortest professional footballer