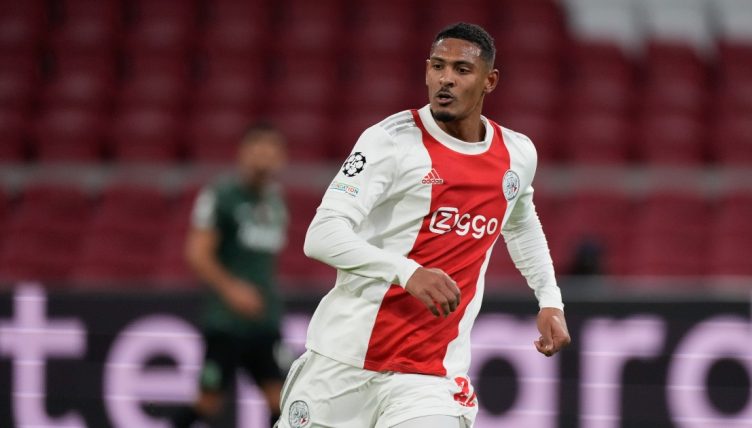 Sebastien Haller is the ninth most expensive striker in Premier League history. It’s taken until now for the chuckling to cease.

After making his name as a foil to Luka Jovic at Eintracht Frankfurt, Haller signed for West Ham in the summer of 2019 for the fee of £45million.

He looked impressive initially. Blessed with velcro-like chest control and the pleasing ability to poach goals, the striker scored four times in his first seven Premier League starts. There would only be six more during his time in east London.

West Ham’s form Robertoed under Manuel Pellegrini and Haller, isolated upfront and with a face liked a smacked arse, came to resemble a disgruntled man who’s realised that he’s been stood up by his Friday night date.

Not even the Moyesiah could revitalise his form, although the Ivory Coast international did score some bangers, and a transfer to Ajax in January 2021 suited all parties.

West Ham settled for a £25million loss on their record signing and Haller appeared destined to become known solely for his Premier League flop. Until now, that is.

Having escaped from his purgatory in England, Haller has looked reborn while leading the line for an equally revitalised Ajax.

With both parties looking to relive their excellent 2018-19 seasons, what appeared to be a marriage of convenience has turned into something much more remarkable.

Ajax have ended up winning all six of their Champions League group matches, becoming the first Dutch side to do so in the tournament’s history and consigning Borussia Dortmund to the Europa League in the process.

But Haller’s performances have managed to eclipse such a feat. With his early penalty against Sporting Lisbon, Haller scored his 10th goal in only his sixth ever appearance in the competition – a new record.

It all started with four goals in Lisbon back in September, providing a snapshot of Haller’s varied skillset. Awareness, positioning, efficiency and a dash of flair; they were all evident on matchday one and Haller has barely paused for breath since.

Not bad for somebody who, this time last year, acted as a radiator for the West Ham subs bench.

Sébastien Haller became the first player to score four goals on his #UCL debut since Marco van Basten for AC Milan in 1992.

Tonight he takes on Sporting once again 👊pic.twitter.com/kikfpEkEDA

In his pre-match interview before the 4-2 win over Sporting Lisbon, ten Hag said: “Haller is mentally strong. He can handle stress well – and also disappointment. He doesn’t like it if I start him on the bench but his response is always peerless.”

Haller himself has noted how the group unity at Ajax has helped him settle so quickly. “Here at Ajax everybody tries to help each other and we have a mentally strong group,” he said.

“We know that we need everybody happy and engaged if we are to reach our goals. I don’t want to compare myself to Salah, Lewandowski or anybody else. I just hope this form never ends.”

Neither do we. If Haller can continue his hot streak through the knockout stages, then memories of his Premier League flop will be replaced by something glorious.

And, let’s face it, this is the type of redemption story that’ll keep us warm as the years draw in.