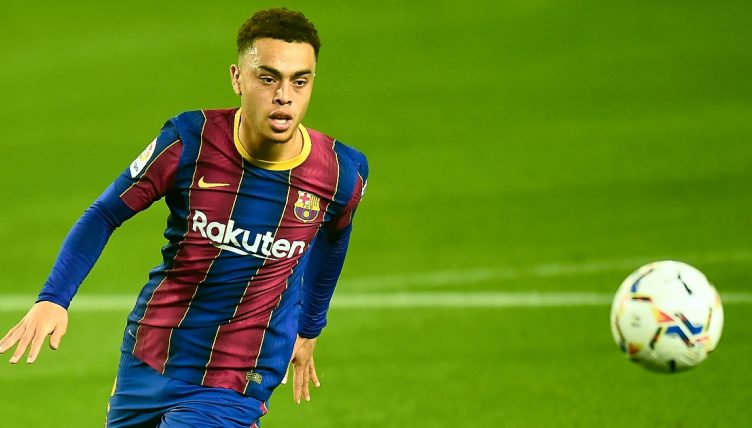 Think back to watching the United States at World Cups in recent years.

They didn’t make it to 2018, but they’ve often been great value, punching above their weight to finish ahead of England in the group stage in 2010 before pushing Belgium’s golden generation to extra-time four years later.

On those occasions, they were greater than the sum of their parts, with Fulham’s Clint Dempsey and Everton’s Tim Howard their standout players when it came to their club pedigree.

Fast forward to 2021 and there’s an exciting new generation of players, with a number of names across Europe’s bigger and biggest clubs – Chelsea, Manchester City, Borussia Dortmund, Juventus, Roma and Valencia.

When Pep Guardiola’s Barcelona were at the peak of their powers 10 years ago, the USA could only dream of having a player talented enough to turn out alongside the likes of Gerard Pique, Sergio Busquets and Lionel Messi.

Now that dream is a reality. Just look at Sergino Dest, who has had an unforgettable week with his first goals for Barcelona and the US men’s national team.

The Netherlands-born right-back, who has on the next rung of the ladder behind the likes of Frenkie De Jong and Matthijs De Ligt in graduating from Ajax’s famous academy, encapsulates an exciting new dawn for the United States. 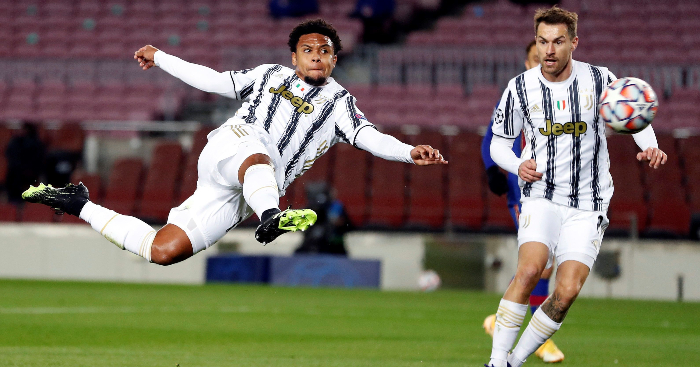 READ: 14 American and Canadian players that could tear up the 2026 World Cup

The likes of Jack Harrison and Miguel Almiron have walked a pathway from MLS to the Premier League that simply wasn’t there in the past, while New Jersey’s Christian Pulisic and Texas’ Weston McKennie have demonstrated the United States’ ability to develop top-class players themselves.

Dest, meanwhile, is the standout of America’s diaspora.

Eligible thanks to his Surinamese-American father, he progressed through the Under-17, Under-19 and Under-20 ranks before his senior international debut in 2019. The full-back honed his skills at one of Europe’s most celebrated academies – and he’s got the technical ability to show for it.

Miami-born Konrad de la Fuente, who has been progressing through Barcelona’s La Masia since he was 12 years old, is highly-rated and will be hoping to tread a similar pathway.

Dest, still just 20, is certainly a player to aspire to. His first goal for the USA, on his sixth appearance, was one to remember having adapted seamlessly to playing on the opposite flank than he does for his club.

The #USMNT defender cuts inside and fires home a ROCKET for his first international goal! 🚀🇺🇸 pic.twitter.com/F5jxhkpACy

A 34th-minute opener in a comfortable 4-1 friendly victory over Jamaica, Dest did brilliantly to pick up the ball just after the halfway line and drive forward before cutting inside and rocketing a lethal strike from over 25 yards out.

Clearly full of confidence, the 20-year-old is clearly benefitting from playing alongside the likes of Antoine Griezmann, De Jong and Messi, as his first senior international goal arrived just days after his first for Barcelona.

Last Sunday, Dest shone as a right-sided wing-back as Barcelona put in arguably their finest performance of the Ronald Koeman era to date with a 6-1 thrashing of former bogey team Real Sociedad.

He scored Barcelona’s second shortly before half-time, timing his run well to stay onside before receiving Messi’s through-ball and finishing across goal like a seasoned forward.

Having waited all season for his first goal for Barcelona, he only had to wait another 10 minutes for his second, demonstrating real hunger to go charging into the box – ahead of Messi – and get himself on the end of a Jordi Alba cut-back.

There was a time in which the US men’s national teams best players were playing alongside Bobby Zamora, Dickson Etuhu, Tony Hibbert and Steven Naismith.

With all due respect to those players, they’re not quite in the league of Messi, Cristiano Ronaldo, Erling Haaland and N’Golo Kante.

Dest looks right at home in one of the best teams in the world. If he can bring that same standard to the international game – and he looks well capable of doing so – the USA have a very bright future indeed.