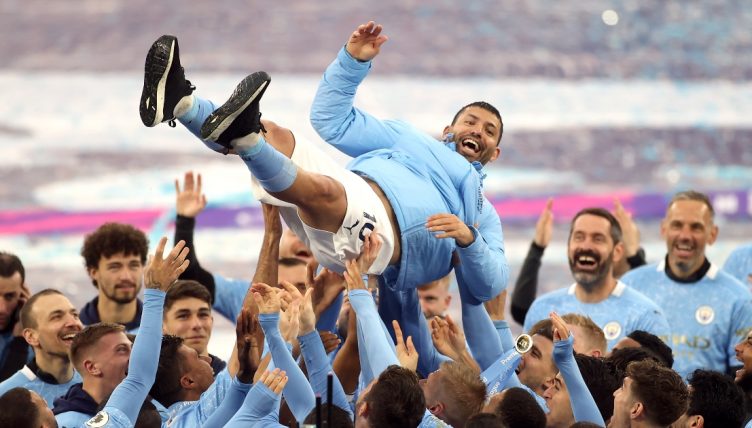 There aren’t many times that Pep Guardiola sounds indistinguishable from a fan calling in to talkSPORT, but Sergio Aguero‘s perfect Manchester City send-off reduced him to just that.

Before the days that any and every clip that went viral from a football phone-in was a tedious, ‘controversial’ hot take, came a wonderfully human moment from a Newcastle United fan.

With Magpies hero Micky Quinn on the other end of the line, Tyneside resident William’s voice cracked with emotion as he uttered: “I didn’t realise how good he was… he scored so many goals.”

That was broadly the gist of Guardiola’s teary post-match interview following City’s emphatic 5-0 thrashing of Everton, in which Aguero came off the bench and scored two goals in his final appearance at the Etihad.

“We cannot replace him. We cannot. There are many players at this club, Joe Hart, David Silva, that help us to be this club. We have his legacy and he showed his quality in 20 minutes.”

Only Lionel Messi has scored more goals for Guardiola. Aguero has notched 124 goals in 181 appearances under the Catalan coach. Such a goalscoring ratio may well indeed prove impossible to replace.

“He is going to be playing alongside the best player of all time,” Guardiola said after the match, tipping Aguero to reunite with his old pal at Barcelona. 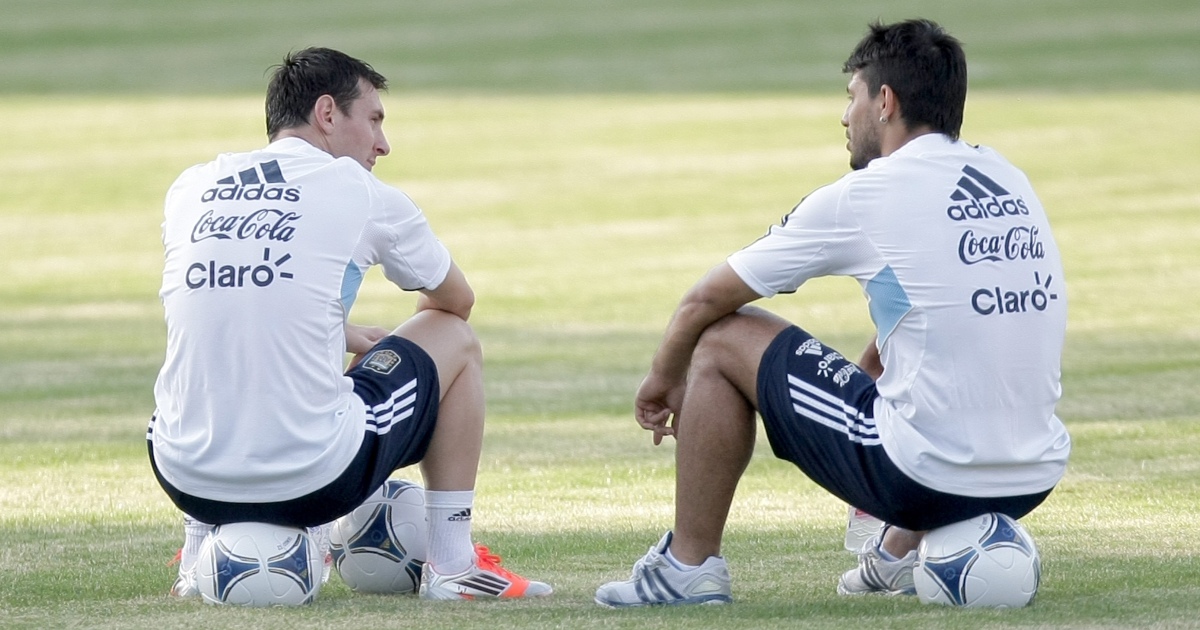 READ: Messi & Aguero have been conquering the world since 05 – now for Barcelona?

No one has scored more goals for Manchester City. Two-hundred-and-sixty goals – 184 of them in the Premier League, with his latest two enough for him to inch ahead of Wayne Rooney for the single-club record in the competition.

Not only has he scored the Premier League’s most iconic, dramatic goal, but his record is ridiculous. Forty-four Premier League goals against the ‘big six’, 11 against Chelsea and 10 against Tottenham, with 15 against Newcastle, whose fans could be forgiven for following him to the airport departures lounge just to make sure he’s really going.

It’s not yet goodbye for the Argentinian striker. There’s still a Champions League final to come, bubbling with the potential of a fairytale ending.

But that looks to be it for the competition that has defined him: fourth in the Premier League’s all-time top scorers list, with a considerably better goals-per-minute ratio than those above him, Alan Shearer, Andy Cole and Rooney.

Given how his last 18 months have gone at City, don’t let it be forgotten just how lethal the Argentina international has been.

The striker’s quickfire brace against Everton doubled his total tally of league goals for 2020-21 after he went a full calendar year without scoring in the competition.

At one particularly low point, the cameras even caught Aguero – arguably City’s greatest-ever player, and unquestionably their greatest goalscorer – asking why his team-mates weren’t passing to him. A failed, costly panenka against Chelsea might have even been his last meaningful act, with a sad and unnecessary social media apology subsequently adding to the sorry spectacle.

In that context, some have concluded that the 32-year-old – who, having made his debut for Independiente at the age of 15, has played the minutes of a grizzled veteran over the course of his career – is finished.

But his brace against Everton suggested he’s still got that killer instinct in the penalty box, and may yet have more to give at the top level.

It was fitting that his first came via split-screen, as Chelsea’s Ben Chilwell scored a potentially more consequential goal at Villa Park, with the graphics reminiscent of cutting away from Manchester United’s nervous job-done-wait-and-see celebrations at the Stadium Of Light.

Martin Tyler even did his best go at a call-back from the Etihad commentary box.

Sergio Aguero hits the back of the net on his final ever Manchester City appearance. It was written in the stars! 👏

Demonstrating nimble footwork with the first, the second showed he’s not lost his knack for movement, having drifted in to receive a deep cross from Fernandinho, getting right in the sweet spot between Everton’s two centre-backs.

Pickford could only stand, watch and admire as Aguero connected superbly with the dropping ball to direct it right into the bottom corner.

Too often football clubs allow themselves to be debilitated by sentiment. It probably is the right time to wave goodbye to Aguero, fittingly the last player to depart from the 3-2 victory over QPR nine years ago, and look to the future in the transfer market this summer.

But in one last 25-minute cameo, he served a reminder of why he’s one of the Premier League greats, and how difficult he’ll be to replace.

Aguero also demonstrated that their loss could well be someone else’s gain. Cash-strapped Barcelona will be licking their lips at the prospect of a free transfer. He may yet have more to give.