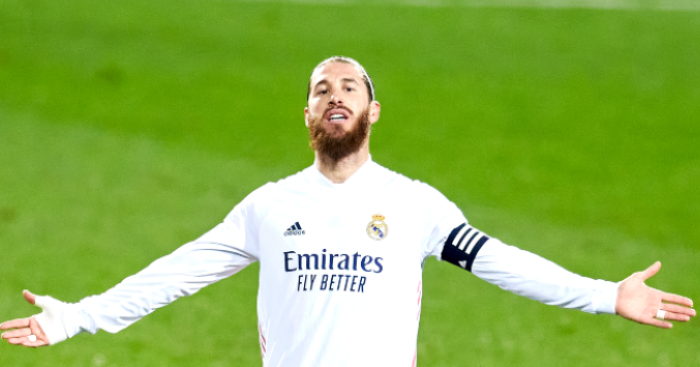 Ask anyone between the ages of 18 and 40 to describe Sergio Ramos and you are almost guaranteed to hear the words ‘shithouse’ or ‘bastard’ – or both – long before you hear anyone call him a perfectionist.

They would not be wrong to do so either. Ramos is a man after all, who has embraced his imperfections. That embrace has ensured his stint as a world-class defender has been a long one.

Sunday night’s victory against Eibar saw the 34-year-old climb to third in the list of Real Madrid players with the most La Liga wins to their name. Only Raul and Iker Casillas now sit above him.

Twenty-two wins will see him rise to the top of those rankings. It is a matter of when, and not if, that will happen.

Ramos is undoubtedly a world-class talent. One of the best defenders to ever play the game, and one of the most staggeringly consistent players in a generation – not just a shithouse.

A moment late in the game against Eibar was a timely reminder of the Spaniard’s brilliance. A moment that read, “I am still world class,” in bold, italics and underlined in a font-size of 200.

In the 91st minute, with Madrid 2-1 up, Pedro Bigas beat the offside trap and raced through on goal for the home side. In his mind, only Thibaut Courtois stood in his way.

In scenes akin to your mate pipping you at the finish line on Mario Kart with the help of a handy boost, Ramos hunted him down.

It is often said of defenders in their mid-30s that pace on the turn will be their undoing. And often it is – for normal defenders, anyway.

Ramos is not normal, however. A seemingly effortless sprint led the Spaniard to stick a boot in front of Bigas’ strike, leaving the Eibar man staring in shock and awe at what the Madrid captain had just done.

It was a show of truly world-class defending and ridiculous longevity, a tackle that few defenders would be able to make once in their career, let alone over 15 years into it. Yet Ramos can and does so regularly.

But it would be a disservice to the defender if we were to brush over the other side of his game. His Severus Snape-esque mastery of the dark arts has been a central contributor to his success and longevity.

Attackers detest playing against him. Any La Liga striker will know that they are in for 90 minutes of sly elbows, blatant fouls and a dose of the theatrical as well. Somehow, even after all these years at the Bernabeu, it still works.

Similar to a cheetah relentlessly hunting a buffalo, eventually his rival will let his levels drop, allowing him to win the battle. Bigas tested him for longer than most, but Ramos still came out the victor when it mattered most.

Ultimately, Ramos’ entire career has been an exercise in perfecting the imperfect. A perfect defender, after all, would not need to cynically foul members of the opposition. They would not be sent off four times in a single season on more than one occasion.

But a player who defended ‘perfectly’ over the last 15 years also would not have had the continued success that Ramos has had.

Often in football, a cynical foul or even a red card is a matter of self-preservation. An act that allows you to continue at your optimum powers, even if it does tarnish your name in the short term.

The search for perfection among athletes, both in a physical and behavioural sense, can be tedious. Primarily because it is an ultimately pointless exercise. You are never going to be perfect and you will always make mistakes.

By embracing his imperfections, Ramos continues to show why he is where he is – and will remain there for many years to come.