Sit back and enjoy the best assist of all time, from the genius Josip Iličić 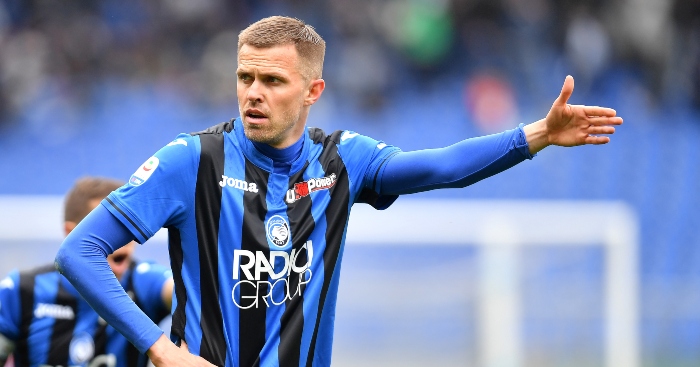 If you went into this weekend thinking the international break wasn’t worth watching, Josip Iličić has made you look very stupid.

The Slovenian took centre-stage in his country’s victory over Poland, a game which is unlikely to have been on the radar of Premier League fans as much as, say, Germany vs the Netherlands.

However, after the midfielder produced what’s almost certainly the best assist we’ve ever seen, we realised it was a mistake to take our eye off him even for a split second.

Iličić has been a cult favourite of Serie A enthusiasts since arriving in Palermo back in 2010, but his time in Italy has largely been characterised by flashes of absolute genius punctuated with longer, quieter spells.

Two of his four double-figure seasons in Italy have come in the last two years at Atalanta, but while at Palermo he produced a run of five goals in as many games… in a season which began with none in nine.

More importantly, though, he has continued the tradition of left-footed playmakers in Serie A who you feel could do everything they need without even breaking a sweat. Álvaro Recoba is the pinnacle, of course, but Iličić showed early during his time in Italy that he could do things most others will never be able to.

Take this pass for Palermo against Chievo, for example: while his body shows a level of fragility which makes you think he could be blown over by the wind at any given moment, his feet display a disgusting amount of control as his mind makes decisions you could never even conceive of.

Each time your mouth widens in awe, there ends up being another element to the majesty; another level of what-the-fuckness which can barely be computed, let alone understood.

But back to the international game. Draws with Israel and North Macedonia, plus a defeat in Austria, meant Slovenia were already on the brink when they welcomed group leaders Poland to Ljubljana.

The Poles had maximum points from their four games and hadn’t even conceded a goal in that time. Some might have written the game off, but when you have Josip Iličić there’s always a chance.

There’s something about an outside-of-the-boot delivery which makes is nicer to look at than a simpler sidefoot pass or shot. Even a Thierry Henry-style curling finish will be no match for a trademark trivela from Ricardo Quaresma.

Here, too, Iličić imbues his pass with something greater, something more special. The nature of the pass makes it look as though it’s being played blind around a corner, with the mind tricking itself into thinking that, not only has he only used his left foot to play the ball, but he’s only used his left eye to spot the opportunity.

It’s like watching the creator of ships in bottles. We know how the process works, and we know squeezing a massive object into a tiny gap is impossible, yet the more time that passes, the more you convince yourself he has the dexterity to defy science.

Iličić can play the pass within the rules of sport and physics, but if he’d ripped the rulebook into tiny little pieces and glued it back together with his pass secretly hidden within football’s DNA, who are we to tell him he’s wrong?

Atalanta are about to take on Dinamo Zagreb, Shakhtar Donetsk and Manchester City in their maiden Champions League campaign. We can’t wait to see what Iličić has in store.

17 of the best PL assists of all time: Berbatov, Ozil, Fabregas, Cantona…