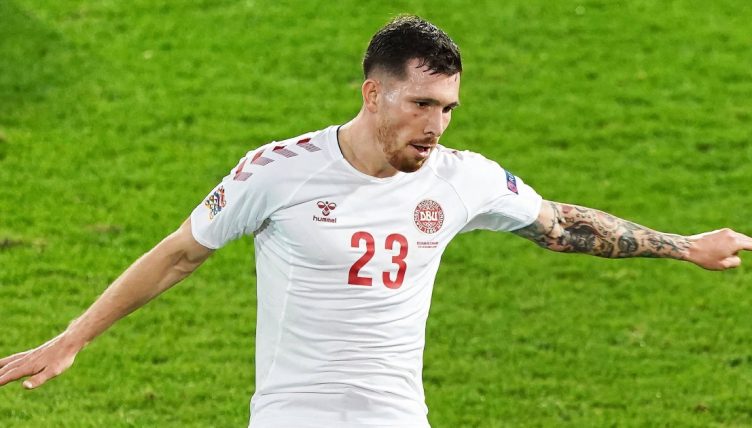 Think about your boiler for a second. No, stay with us.

The household appliance is one of the least interesting aspects of modern life, but there’d definitely be something missing in its absence.

Denmark are usually the boiler of international tournaments; always there, usually competent, rarely interesting. You’d be disappointed to draw them in the office sweepstake.

Yet something seems to be brewing in Copenhagen other than the usual Carlsberg. With a spine of Kasper Schmeichel, Andreas Christensen, Christian Eriksen and Martin Braithwaite, Denmark are blessed with a balanced and settled XI that could give any team in world football a game.

Then things got a little strange. On Sunday, their reserves thrashed Moldova 8-0 in an extremely un-Danish turn of events.

But that’s not all. Inspired by a virtuoso display by Tottenham midfielder Pierre-Emile Hojbjerg, who contributed a goal and an assist, Denmark smashed qualification rivals Austria 4-0 in a throwback to the era of Danish Dynamite.

At this point, it’s worth noting that Austria are so notoriously flaky that Cadbury’s could sue them under the Trade Descriptions Act.

But that should take nothing away from Hojbjerg or Denmark, who already look to have one foot in Qatar.

The 25-year-old has been a rare success in a difficult season at Spurs. While Jose Mourinho’s side have floundered, treating one-goal leads like a Bullingdon boy treats a £50 note, the midfielder has generally been excellent.

Whether it’s visibly encouraging Serge Aurier with the enthusiasm of a dad watching his kid’s egg & spoon race, making Spurs fans drool with some sexy double pirouettes or playing on as his opponents attempt some amateur amputation, Hojbjerg personifies what Tottenham thought they’d get with Mourinho.

He performs a similar role with his national side. Hojbjerg sets the tempo for a new forward-thinking Denmark and his display in Vienna was simply his finest to date.

After a quiet first half, the Danes tore into their opponents like a recently-released hostage attacking a bargain bucket from KFC.

Goals from Andreas Skov Olsen and Joakim Maehle established an unassailable lead before Hojbjerg stamped his authority on the occasion.

His goal was marked by both brilliance and calamity. Eriksen, relishing the chance to escape from his club-induced purgatory, clipped a precise pass for Braithwaite to bound after.

So far, so unremarkable. That’s until Alexander Schlager came haring out of his goal in the misguided belief the ball was there to be won. It was as if somebody had accidentally sat on their Xbox controller.

Braithwaite won the challenge and squared to an advancing Hojbjerg. The goal wasn’t quite gaping – two Austrian defenders were lurking in the vicinity, while another was haring back to help.

This didn’t faze the midfielder. Taking a few touches to steady himself, Hojbjerg calmly dribbled around Aleksandar Dragovic and slotted the ball beyond the goalkeeper’s despairing lunge.

The screams of delight from his team-mates filled the Viennese night. As they might; Hojbjerg rarely scores goals, having only netted once previously this season.

But he wasn’t finished there. Possibly giddy after scoring, Hojbjerg turned provider as Denmark put the gloss on their impressive victory.

After his defenders stopped an Austrian attack with all the skill and precision of a bomb disposal squad, Hojbjerg collected a Braithwaite knock-down and assessed his options.

Undeterred by the presence of an opponent, the Tottenham man lofted a delicious ball over to Olsen. As if receiving the memo that this pass deserved to become an assist, the substitute teased the Austrian defence before lashing home an unstoppable effort.

The truth is out: Denmark have glowed up and we’re not quite sure what to make of it

All we know is that its living embodiment is Pierre-Emile Hojbjerg.