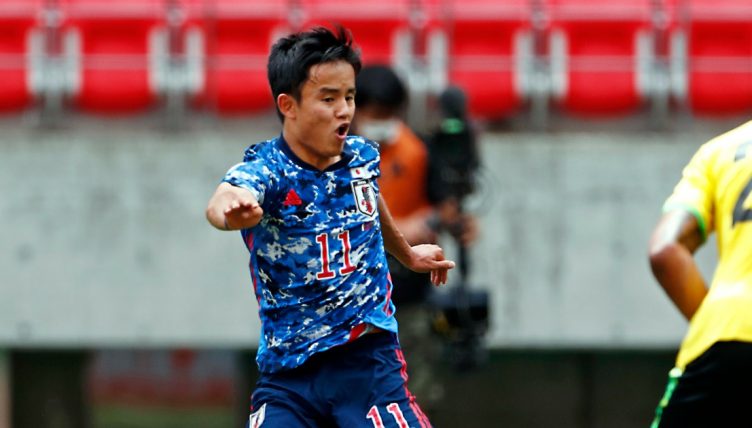 It’s a huge summer for rising Japanese star Takefuso Kubo, but playing as he is you wouldn’t be aware he has the weight of the world on his shoulders.

Given the immediately obvious potential, there’s great hope that Kubo can kick on and become a world-beater at Real Madrid. But the last 12 months haven’t gone especially smoothly, and he’s come into Japan’s Olympic campaign like a jockey needing to get back in the saddle.

Arriving in the Spanish capital with great fanfare as the next big thing, having been dubbed ‘the Japanese Messi‘ for his dazzling performances at the 2019 Copa America, it’s been a bumpy ride since Los Blancos poached the teenager from under Barcelona’s noses.

There was a steep learning curve during his first full year in Spain, on loan at newly-promoted strugglers Mallorca, who ultimately finished 19th and went straight back down. Even in a severely limited side, Kubo demonstrated the skills and technical ability that saw him stand out at such a young age in his homeland.

The winger rarely completed 90 minutes for Mallorca, but he featured in 35 of their 38 outings and saw a decent amount of playing time, registering four goals and four assists and sitting alongside the likes of Lionel Messi and Eden Hazard as one of La Liga’s most prolific dribblers.

Year two was earmarked for clear progression, arriving at an ambitious Villarreal side that were gunning for a top-four finish. Unai Emery’s Yellow Submarine looked more befitting of his talents. But he soon found himself on the bench, handed just two league starts, and promptly recalled by his parent club in January.

He saw more playing time at the latter half of the 2020-21 season, at Jose Bordelas’ tough-tackling Getafe, bringing some technical stardust to an otherwise thoroughly robust side. Think Phil Foden spending six months with Sean Dyche at Burnley. 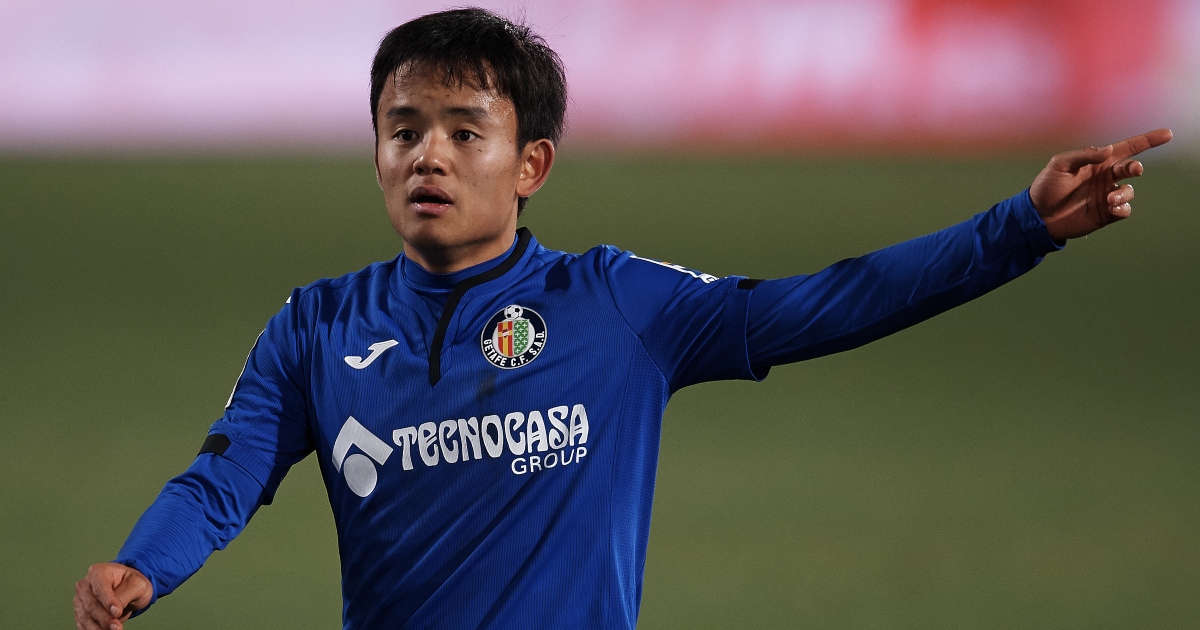 In spite of making an instant impact on his debut, again Kubo was left to settle for a role in the periphery, with more appearances off the bench than in the starting line-up.

His frustration was clear to see come the penultimate weekend of the season, kicking the hoardings like Temuri Ketsbaia lite after scoring his first and only goal for the club. It was a stunning solo effort during a 15-minute cameo, the match-winner in a 2-1 victory over Levante, and a key moment in Getafe’s successful battle against the drop.

It was a timely reminder of exactly what Kubo can offer, and he’s continued to give reasons for new boss Carlo Ancelotti to sit up and take notice while away with his country this summer.

In June, the rising star made headlines by scoring in a friendly against Jamaica by nutmegging four players, and he looks in a confident mood as hosts Japan go searching for Olympic glory.

Given his talismanic role for the Samurai Blue, scoring the opener on both occasions as they’ve kicked off their group stage campaign with victories over South Africa and Mexico, it’s easy to forget he’s still just 20 years old. Leading by example, it’s the kind of impact you’d expect of one of their overage players – like Neymar as Brazil won Olympic Gold in Rio de Janeiro last time out.

Kubo’s 73rd-minute strike, a fine Arjen Robben impression by cutting left inside, proved the difference in a tight, attritional opener against South Africa.

But he only needed six minutes to break the deadlock against Mexico, arriving late in the box to emphatically finish the cut-back from Ritsu Doan. He went on to dominate and dazzle in equal measure from there as Japan won 2-1, moving within touching distance of the knockout rounds.

After a vexing year of struggling to find continuity, the starlet appears to have his mojo back with regular starts in a side where he’s entrusted to make things happen. Just as he did originally two years ago after the Copa America, he ought to arrive at Madrid later this summer in high spirits.

Like Martin Odegaard, who is yet to feature regularly six years since his initial signing, Kubo may have to be patient. He’s unlikely to get regular game time with his parent club next season.

But like Odegaard, if he’s managed carefully and the right loan decisions are made, there’s no reason he can’t develop his game, thrive, and make a convincing case for a starting spot back at Real.

In this kind of form, he’ll have no shortage of suitors. A year of fighting for his place may be no bad thing when it comes to his long-term development, but next term he ought to be starting week in, week out. A return to Mallorca, back again in La Liga, has been reported as one option.

Whatever happens next, Kubo will be worth keeping an eye on. Once again, he’s showing that in the right set-up he can be a game-changer.