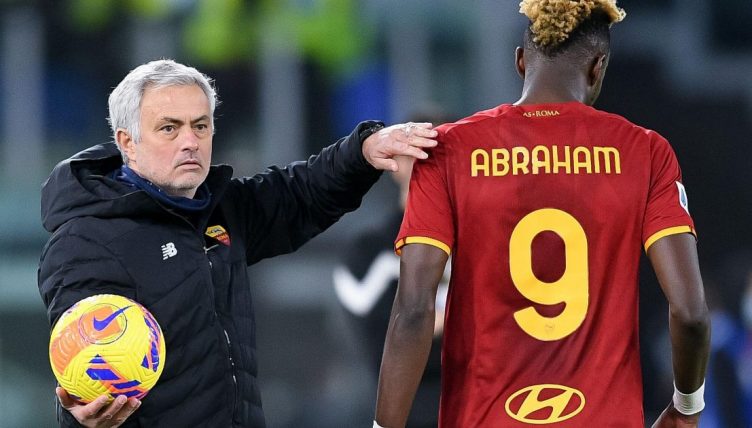 Old school hold-up play can often feel like a forgotten footballing dark art; an ancient practice from a bygone era (about ten years ago). It therefore makes perfect sense that it is Jose Mourinho who has persisted with the tradition.

Depending on who you ask, he is football’s very own Gandalf or Sauron. For the Mourinhoistas he is still the world’s greatest man-manager and its greatest tactician, for everyone else… well, he’s Mourinho.

But if you ask Tammy Abraham about the Portuguese manager, he’ll give you a glowing report. His performance against Leicester in the Conference League was a shining example of what the right environment and a manager’s faith can do for a player.

And his sensational hold-up play at the King Power was a symbol of the gladiator he has become.

Abraham is much more than a striker who just holds the ball up but, under Mourinho at Roma, he has rapidly levelled up and plunged plenty of his perk points into the ‘target forward’ class.

There was one moment at Leicester where he demonstrated the skill and poise required for the effective implementation of a technique often just dismissed as lobbing it up to the big man up top.

Abraham had little to do all game, but with the match tied in the 79th minute at 1-1, he was still both mentally and physically ready. He held his run, allowing James Justin to think he would be able to bring the ball down without any pressure before the striker pounced onto it, bursting forward.

The England international bore down on the Leicester box. A less composed striker might have tried to take on Johnny Evans and drive towards the goal himself, but Abraham has become one of Mourinho’s most important Roman Legionnaires and he had much more guile than to frivolously waste a golden chance such as this. 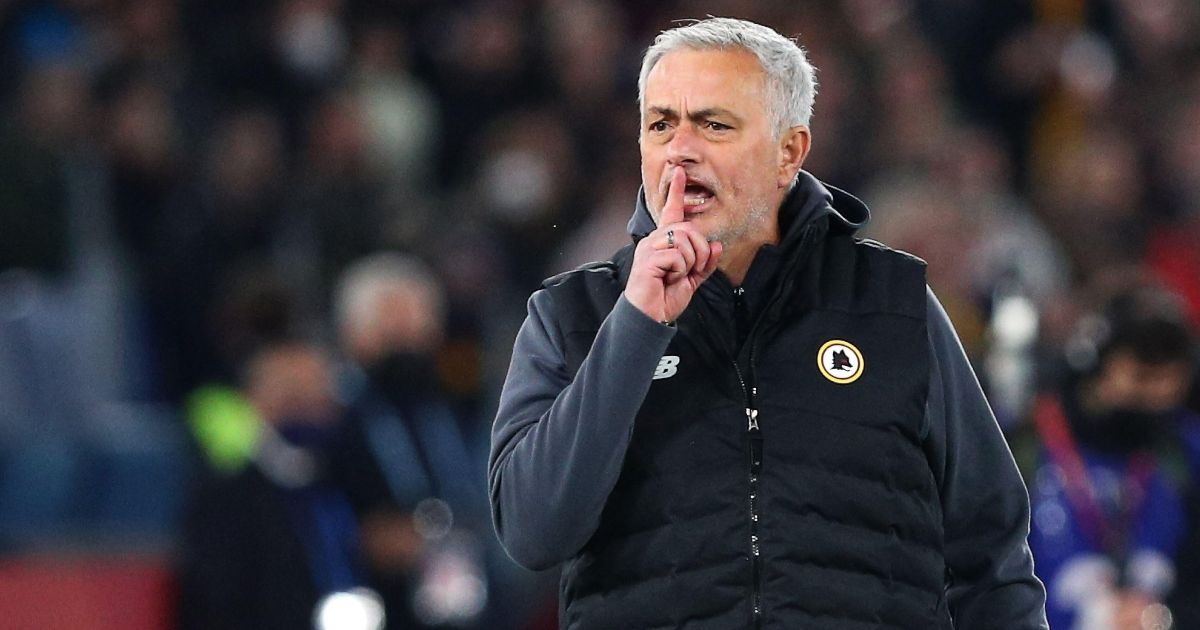 READ: Mourinho’s turned Roma into Brazil 1970 and we can’t believe our eyes

He patiently waited for Evans to make his move, and as the Northern Irish centre-back stepped to his left to try and force Abraham into the recovering Justin, the Roma player responded in kind.

Abraham obliged to the Leicester defender’s wishes, but Justin was no match for him. He shrugged the youngster off and powered his way through the gap to the right of the Leicester box. With his back to the goal, was the threat for the Foxes over? No chance.

He had total control of the situation. He moved the ball forward then back, left and then right as Justin ran from side to side desperate to get even a glance of the ball.

Here was Abraham as a Roman gladiator, toying with his victim in the King Power colosseum as his Emperor Mourinho had commanded him to do so, all while the crowd called for blood.

He looked up and saw the run of Sergio Oliviera, who was steamrolling into the Leicester box. Abraham glanced at Mourinho for his orders, whose thumb pointed down: kill.

With one accurate, brutal strike Abraham finished Justin off, and Evans too just for good measure. He backheeled the ball between the two, perfectly into the path of Oliviera whose shot was saved well at the near post by Kasper Schmeichel, denying Abraham of one of the assists of the season.

He turned to the crowd and threw down his sword. ‘Are you not entertained?’

He's had few chances so far but the Roma frontman shows his quality here 👏#UECL pic.twitter.com/9yzv0VHl0p

Under Mourinho, Abraham has grown and grown. Partly that is because of the growth in his ability, but also due to Mourinho’s man-management.

“Jose is, for me, one of the best coaches to walk on the planet; he knows how to really drive you,” Abraham said before the Conference League clash.

“It was all about someone believing in me. Frank Lampard gave me a chance, he believed in me, showed real faith in me, and that’s when I was producing.

“It is the same with the coach now. When you have the belief from the manager, it makes you want to do the best you can.”

The love affair is hardly one-sided. Mourinho pushed heavily for Abraham in the summer and has made the striker the central focus of his Roma side that, whilst certain not to clinch Champions League football this season, is still in the hunt for a trophy.

“Bringing in Tammy Abraham was a real coup,” the Portuguese manager said after Abraham landed in Rome.

A year on, Abraham is an unmovable fixture of the national set-up and provides Gareth Southgate with a genuine alternative to Harry Kane.

He is Mourinho’s gladiatorial gift to England and, on the biggest stage of all, they would be wise to utilise his battle-hardened spirit, forged in the heart of Rome.

Where are they now? Roma’s XI from Francesco Totti’s debut in 1993