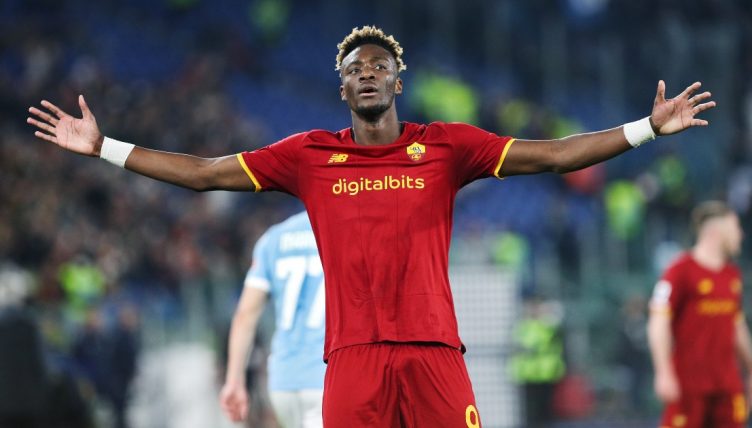 Hindsight is a wonderful thing.

If Chelsea fans could wind back the clock, they’d undoubtedly prevent their club from selling both Kevin De Bruyne and Mohamed Salah.

The duo made a combined total of 29 appearances for Chelsea and failed to make much of an impact, registering two goals and five assists between them.

Few tears were shed when De Bruyne completed an £18million move to Wolfsburg in January 2014 or when Salah was sold to Roma for £12million in 2016.

But they have since returned to the Premier League and have established themselves as two of the best players in the world, winning four league titles between them.

The Blues were left with egg on their face after selling Salah and De Bruyne too early but they clearly haven’t learnt from their mistakes.

Tammy Abraham, who came through Chelsea’s academy, scored a respectable 21 goals in 50 Premier League appearances under Frank Lampard. Admittedly, he often struggled with a lack of consistency but that’s the case for most young forwards.

Despite finishing the 2020-21 season as Chelsea’s joint top scorer in all competitions, he found himself on the periphery under Thomas Tuchel and was even omitted from their FA Cup final squad.

Like a child that sees a shiny new toy in the shop window, Chelsea then decided to buy Romelu Lukaku for £97.5million last summer and threw Abraham to the scrap heap.

Jose Mourinho – who sold both De Bruyne and Salah during his second stint at Chelsea – capitalised on the situation and signed Abraham for Roma in a £34million deal.

While Lukaku is yet to live up to expectations at Stamford Bridge, Abraham has gone from strength to strength during his debut season at Roma.

The striker has immersed himself in life in the Italian capital and is thriving under the tutelage of Mourinho, who has worked with some of the greatest strikers of all time.

“I still look up to him as an idol,” Abraham recently told CBS Sports when asked about Mourinho. “Every time I see him I’m still starstruck even though I see him every day.

“When he was at Chelsea, I was there but I was still a young kid. I trained with him a couple of times so I knew what he was like a little bit and since coming here, I call him my uncle of Rome.”

Despite scoring a crucial late goal against Vitesse in the Europa Conference League on Thursday, Abraham didn’t have much time to celebrate as attention soon turned to the Rome derby.

The one item missing from Abraham’s first-season account was a goal against Lazio as Roma lost 3-2 to Maurizio Sarri’s side earlier this season. But he only needed a minute in the reverse fixture to tick that off his checklist.

After Lorenzo Pellegrini’s in-swinging corner came back off the bar, Abraham showcased his predatory instincts and bundled the ball home from a yard out.

A dream start for Roma ✨

Tammy Abraham scrambles the ball over the line for an incredible start to the Derby 🟡🔴 pic.twitter.com/BTKaJHPnko

It’s the fastest goal ever recorded in a Serie A Rome derby and Abraham became the second Englishman to score in the fixture, following Paul Gascoigne’s strike for Lazio in 1992.

More importantly, the goal cemented Abraham’s status as a Roma hero and their fans could be heard chanting his name inside the Stadio Olimpico.

The striker always seemed to divide opinion amongst the Chelsea fanbase but there’s no doubt that the Roma supporters absolutely love their No.9.

But Abraham wasn’t quite done there.

With Lazio in a state of shock following the early goal, Mourinho’s side sensed blood and they doubled their lead in the 22nd minute.

After Rick Karsdorp sent an inviting cross into the penalty area, Abraham timed his run perfectly and acrobatically volleyed in a close-range second.

“These derby games are where you make a name for yourself,” the BT Sport commentator said. “Tammy with two and I dare say he will never have to pay for a meal again in his life in Rome.”

The two goals were scored from a combined distance of around five yards but a lot of iconic strikers were prolific due to their right-place-right-time abilities.

Abraham has now scored 23 goals for the club, breaking the record set by Vincenzo Montella and Gabriel Batistuta for the most goals in a debut season at Roma.

But Mourinho – who is notoriously difficult to please – still thinks that the England international can take his game up another level.

“When you say Abraham is fantastic, I disagree, he can do even more,” the Roma manager told DAZN after the win over Lazio.

“I demand a lot of him because I know his potential, I’m not talking about goals but he must play every game with this attitude.”

The Roma boss will privately admit that Abraham has exceeded expectations in his debut season and is quickly developing into a brilliant centre-forward.

But if the 24-year-old can continue to improve under Mourinho, he will follow in De Bruyne and Salah’s footsteps by making Chelsea look incredibly foolish.