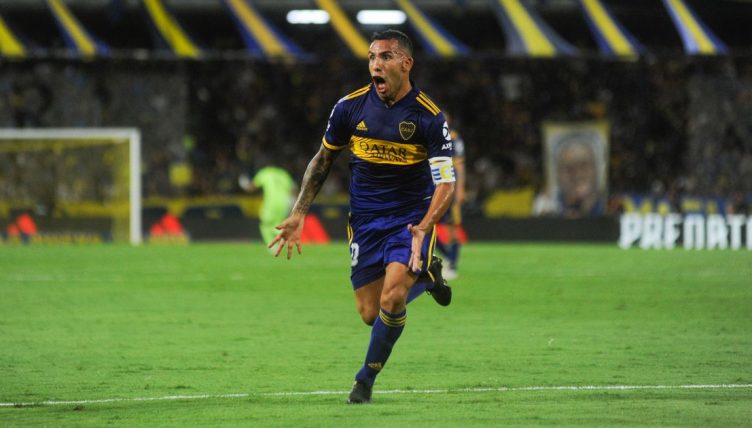 In some quarters it is referred to as South America’s ‘talent doughnut’.

In the middle, there’s a great big hole, the tastiest bit of filling hollowed out by the allure of Champions League football, or the riches on offer in less prestigious but better-funded leagues in North America or Asia.

Carlos Tevez is the perfect example. He won the Copa Libertadores with his beloved Boca Juniors as a teenager before jetting off to the Old Continent, winning five domestic league titles, a Champions League, a slew of other silver pots and getting in a fair few rounds of golf.

He then went back to Boca briefly before slipping off to China for a lucrative but rather disappointing season in the Super League.

You can say what you want about how he’s conducted himself at some points along the way, but you can’t deny Carlitos has maximised his potential, both in terms of trophies won and money earned.

Now, finally, he’s back playing for love, back at Boca and trying for one last glorious season – and one more Libertadores win – to round off his career in style.

And on Sunday night in the Superclasico against River Plate, he showed that there are still a few drops of talent left to be squeezed out before he does call it a day.

He might be 37, well on the wrong side of that metaphorical doughnut. He might not be able to run with the rabid intensity he did at Manchester United or Manchester City or Juventus. But when he turns it on, Tevez is still Boca’s main source of attacking threat and imagination.

In the 39th minute of a game that was good, but not quite as spicy as a normal Superclasico, Tevez knew that proceeding needed a bit of energy injecting into it. He’d just missed what by his standards was a sitter, too, so wanted to make amends.

He got his chance as a ball was whipped into his feet in the middle of the pitch. Tevez had dropped from his position as the spearhead of the Boca attack, dragging River centre-back Jonathan Maidana with him into midfield. As he did, his team-mate Jorman Campuzano was advancing rapidly up the right wing.

With the heat on the pass that was fired into him, most players would have attempted to control it, turn, look up, spot the run, then play a ball in behind. But Tevez showed the ability that separates him from those around him: with a balletic spin and a flick of the heel, he did all five things at once.

Tevez spotted Campuzano’s run before the pass was even played. He let the ball run through his legs, hovered over it for a split second as he twirled through the air, then stuck the back of his right boot through it with pinpoint precision.

The ball was through first time to Campuzano, who was away and ready to burst into the box – into the space from which Tevez had dragged Maidana.

Campuzano was clever, stepping across his man and drawing the foul. Sebastian Villa stepped up and Boca were ahead.

The game burst into life in the second period, a River equaliser, two red cards and a lot of goalmouth action making it the sort of football match you expect these two teams to produce.

By the end, Boca could perhaps count themselves a little lucky not to have gone behind, when a ball that looked for all the world as if it were destined for the net bizarrely spun on the line and somehow stayed out.

Some interpreted it as a supernatural intervention – the invisible hand of D10S, Diego Maradona, keeping the ball from the goal. If Tevez is prone to search such mystical explanations, he might have imagined his Boca-loving father, who also recently passed away, up there giving El Diego a bit of help.

Whether it was a paranormal activity or a big old slice of good fortune, the draw was most probably a fair reflection of the game. Both teams will go home happy not to have lost a tie charged with such emotion so early in the season.

In the bit of play that lit up the game, Boca will also have seen a ray of hope, too. Carlitos has still got it, and he’s still as sharp as ever. If Boca want to lift another Libertadores later this year, they’ll definitely need him to be.