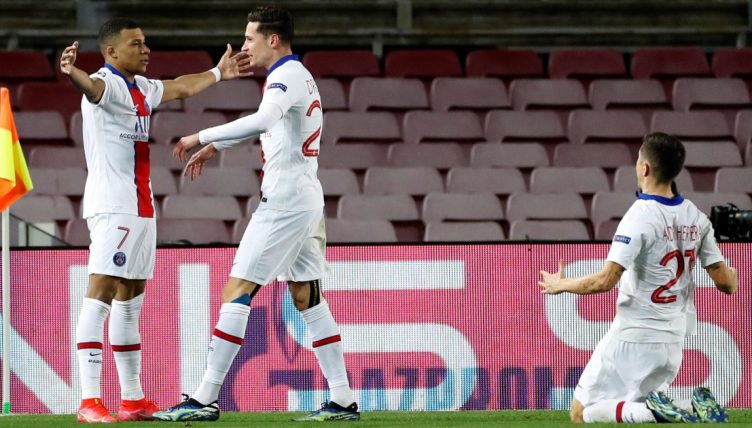 Unfathomably rich owners and lucrative inter-sport brand deals – two aspects of the game that many of us love to loathe, yet, let’s be honest, we all envy as well.

The club’s modern-football antics appeared to reach a peak in 2018 when they partnered with the Jordan Brand, agreeing that the NBA legend’s Air Jordan Jumpman branding would be used on a string of kits.

Just two months earlier, a 19-year-old Frenchman named Kylian Mbappe became the first teenager to score in a World Cup final since Pele as France lifted their second title. But let’s be realistic; this marketing ploy was made for Neymar.

Signed from Barcelona for just shy of £200million in 2017, the Brazilian was on a mission to become football’s unequivocal star man, plotting a path similar to the one Jordan carved in the 1990s NBA. In fact, the Brazilian had already partnered up with Jordan to produce a pair of boots in 2016.

But so far it hasn’t really worked. You can bet that success on the European stage will have been taken as a given by the brand when they partnered with PSG, but in the three years since there has been little else other than disappointment, with Neymar often nowhere to be seen on the biggest stage.

Their most famous Champions League moment of that period came from former Stoke City man Eric Maxim Choupo-Moting as he netted a late quarter-final winner against Atalanta last season. Michael Jordan he ain’t.

On Tuesday night, as PSG travelled to the Camp Nou to face Barcelona in the showpiece of the Champions League’s last 16 ties, it was Mbappe who channelled the basketball great.

With Neymar sidelined with an adductor injury, it was left to the 22-year-old to take on the leading role, with Moise Kean and Mauro Icardi cast as his supporting actors and Leandro Paredes quietly holding the keys to Mauricio Pochettino’s system.

Just as we saw Jordan step up countless times to drag his team to victory in The Last Dance, Mbappe devoured and humiliated Barcelona in their own back yard – spitting back their bones and signing Gerard Pique into a retirement home as he walked from the pitch, match ball tucked under his arm.

Pure instinct led to his first, knowing where to position himself in the box to receive Marco Verratti’s pass and the only area he could shift the ball to in order to rifle a shot into the roof of the net. He was in the right place at the right time to fire home his second with ease, but his third was the work of a showman.

A rapid break from his team-mates eventually saw a pass played his way on the edge of the area, and, without a second thought, Mbappe whipped the ball with seemingly minimal effort into the far top corner to round off a 4-1 win; a shot comparable to any number of three-pointers from MJ. Roll credits.

In this Air Jordan period of PSG, it is becoming clear who the main man is. Neymar is quickly slipping into the Dennis Rodman role as flamboyant sidekick.

Mbappe – with his increasing tendency to win matches on his own, create regular moments of sheer disbelief and make players 12 years his senior consider whether football is really for them – is PSG’s Michael Jordan. The still image of him blitzing past a despairing Pique also handing the brand their own football logo on a platter.

In 30 years time, it increasingly looks like it will be Mbappe at the centre, sat in his not-so-humble marble living-room, regaling viewers of a popular streaming service in 2050 with stories of the modern football age.

Mbappe might be the star, but Paredes is the man with the keys for Poch’s PSG