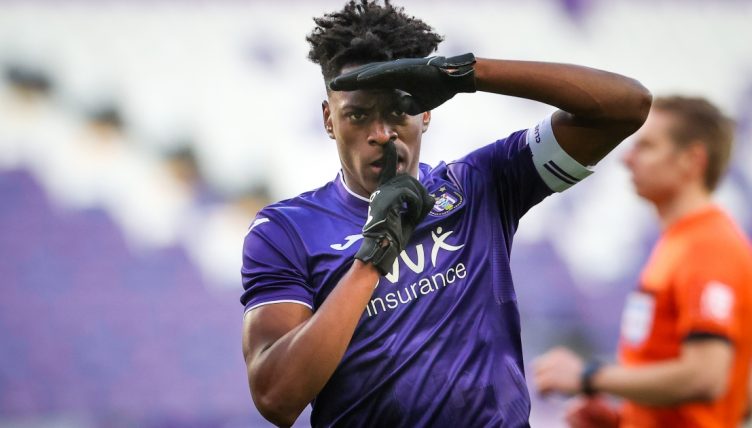 Arsenal, we’ve been here before.

Ever since the summer of 2005, when Patrick Vieira left Highbury for Juventus, Arsenal have struggled to replicate their former captain’s bite and beauty from midfield.

In the intervening years, as the Gunners have steadily declined, each midfield signing has been compared to Vieira with something approaching desperate longing for a return to the glory years.

Enter Albert Sambi Lokonga. Signed from Anderlecht for a fee of £16million, Lokonga is the latest to be coronated as Vieira’s midfield successor.

Tradition suggests that the 21-year-old will be subject to some fierce criticism from the wizened heads at AFTV before too long, but there is something promising about this latest suitor.

First, he represents a return to Arsenal’s prudent transfer policy during the early years under Arsene Wenger. Big-name players on even bigger contracts have their sights set higher than the Emirates these days, forcing Arsenal to be intelligent in their recruitment.

And Lokonga seems to fit the bill. Upon joining the club, his new manager Mikel Arteta told the club’s official website: “Albert is a very intelligent player who has shown great maturity in his performances during his development.

“He has been coached well by Vincent Kompany and his team at Anderlecht. I know Vincent very well and he talks so highly about Albert and the positive impact he had at Anderlecht in recent seasons.”

High praise indeed, and not misplaced. Lokonga has proven in Belgium that he possesses good spatial awareness and the agility to move away from pressure and travel with the ball.

Qualities that would make Arsenal more dynamic. And, whisper it, sound Vieira-esque.

But Lokonga is not all hustle and bustle. He is also capable of long-range pingers that appeared destined for future Goal of the Month shortlists on Match of the Day.

Take this effort for Anderlecht against Club Brugge back in April for example, a game Lokonga’s team needed to win to maintain their faint title challenge.

The match in Brussels was heading towards a 1-1 draw that would have done Anderlecht no favours. It was a time for somebody to step up. And club captain Lokonga delivered.

The more cynical among us will point to the amount of time Lokonga had, symptomatic of the opposition defenders having an adverse reaction to the mere thought of closing him down quickly.

But there was still much to do. Brugge goalkeeper Simon Mignolet (yes, that one) appeared to have his near post covered while every other angle seemed improbable.

Taking a touch to steady himself, the midfielder drew back his right leg and unleashed one of those shots that cause football writers to dive into their bag of cliches and fish out the word ‘unstoppable’.

Mignolet was unsighted. His view may have been impaired, but the likelihood of him stopping Lokonga’s strike anyway was slim to none.

The significance wasn’t lost on Lokonga. After his shot arrowed inside the near post with all the trajectory of a travelling bullet, the midfielder ran towards the corner flag and was engulfed by delighted team-mates. That moment had secured his side a crucial victory.

Alas, Anderlecht didn’t win the Belgian title and Lokonga completed his move to England in July 2021.

With Granit Xhaka, another Vieira successor who flattered to deceive, expected to depart, Lokonga may be asked to play a central role from the outset.

And he looks well-suited to that assignment. Lokonga’s performances for Anderlecht saw him placed on the standby list for Belgium’s Euro 2020 squad. His talent is becoming increasingly recognised.

With his all-action midfield qualities and propensity for the occasional shitpinger, Arsenal may finally have stumbled themselves Vieira’s heir.