The *other* heroes of the World Cup: Vardy, Batshuayi, Berg, Quaresma… 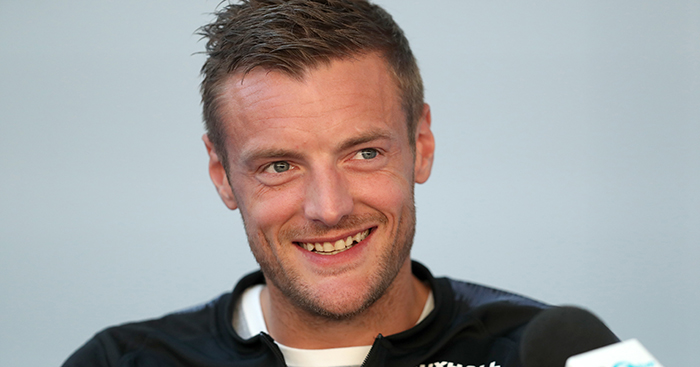 After a solid month of World Cup football, capped off by Sunday’s brilliant final, you probably have a pretty good idea of who your stand-out players have been.

The thing is, so does everyone else, and most of their picks are likely to be the same.

We’ve seen sensational goals and stunning saves, but there has been a consensus on most of the best players in Russia.

Instead of rehashing the ‘team of the tournament’ format with the obvious names, we’ve decided to take a different approach.

We’ve selected 11 players who, while not necessarily the best performers overall, have left a lasting mark on the 2018 World Cup.

There can’t be too many players who have gone to a World Cup at 45 years of age, let alone got on the pitch.

El-Hadary is actually older than three of the managers in Russia, Roberto Martínez, Mladen Krstajić and Aliou Cissé, and *checks notes* neither of them have saved a penalty at a World Cup. We’d love to see them try, though.

If there’s a better sight in football than a man getting hit in the balls, we haven’t seen it. The ball. His groin. It works on so many levels.

With the United States missing out on the tournament, some might have worried about those Americans only just getting into the sport. How would they cope without Americanisms helping with their education?

Well, here’s lesson number one: a penalty kick is known as a PK in the States, and the tournament’s only player with those initials (France’s Presnel Kimpembé) didn’t get enough game time to give one away.

That meant it was left to Mr Phonetic to do the deed with a handball against Russia which many would have called ‘stupid’ if they didn’t realise the wider dynamics at play. What’s that? They called it stupid anyway? Yeah, I guess it kinda was.

The new ‘triple jeopardy’ rule was brought in to prevent teams being punished for last-man fouls with the combination of red card, penalty and suspension.

In theory, there’s some sense to it, but Jørgensen was able to game the system.

His late challenge on Croatia’s Ante Rebić was little more than a glorified version of Luis Suárez’s handball against Ghana in 2010, and in a tournament largely free of violence and red cards it’s hard not to appreciate that sort of cartoonish villainy.

Your team is 1-0 down in the last minute, and you’ll need to pull off a shock in your final group game unless you equalise now. It’s time to pull off that big showpiece move you’ve been practising for months.

It would be a real shame if you only said you were practising, and instead spent that time playing video games or watching the entire run of The Sopranos.

We’re not saying that’s definitely how Milad Mohammadi spent his time, but his attempt at a forward roll throw in was the work of a man who has seemingly never seen a forward roll or a throw-in.

Probably not, right? Well, Nordin Amrabat has, letting VAR know exactly what he thinks of it after Iago Aspas’ goal against Morocco was ruled legitimate by VAR. We doubt the cameras were too upset with the personal attack.

With the Netherlands failing to qualify, someone needed to step up and fill Arjen Robben’s role as the guy who scores that one goal he tries to score at every single tournament.

Quaresma was this man, helping eliminate Iran with a Trivela that you’d shout at most anyone else for even trying. For the Portugal man, though, it’s not even the best one he’s ever pulled off at international level.

What’s that? He’s ‘not a midfielder’? Okay, then how do you explain this?

With Belgium and England somehow meeting in two effective dead rubbers in the same tournament, there might have been a worry that we’d have nothing memorable to take from ether game.

Michy Batshuayi is a born entertainer, though, and he knows that when there are no natural talking points you need to take matters into their own hands.

Post-tournament highlights packages are generally soundtracked by emotional, heart-wrenching pieces of music, but Batshuayi has done his best to ensure editors have an excuse to throw in some comedy sound effects at around the one-minute mark.

Berg might not have been able to lead Sweden to their first semi-final since 1994, but he made some fans very happy.

Not due to his hard work on the pitch, though that will have helped, but by letting a competition winner house-sit for him during the tournament.

What’s that? The fan complained about Berg’s profligacy in front of goal while literally staying in his house rent-free? Some people. 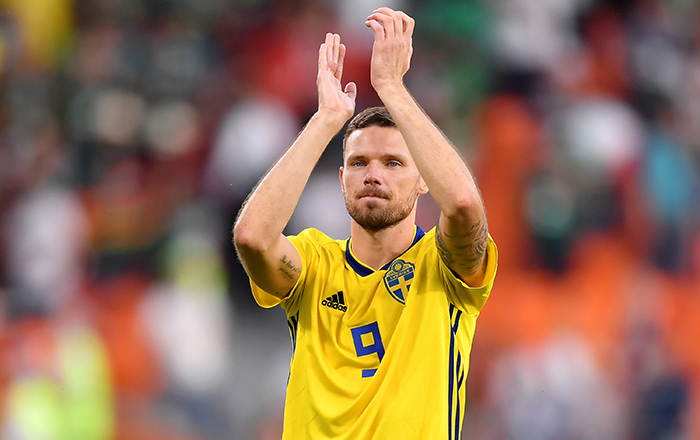 Still think this is the best story of the World Cup pic.twitter.com/0QitLDZRHS

After reportedly refusing to leave the bench during Croatia’s victory over Nigeria in their opening group game, AC Milan striker Kalinić was sent home by coach Zlatko Delić.

In his absence, his country reached the final, with Andrej Kramarić – who might otherwise have been behind his compatriot in the pecking order – scoring a crucial penalty against Denmark in the last 16 and equalising against Russia in the quarter-final.

Throughout the tournament, one question was repeatedly asked after each Croatia game: Will Kalinić get a medal?