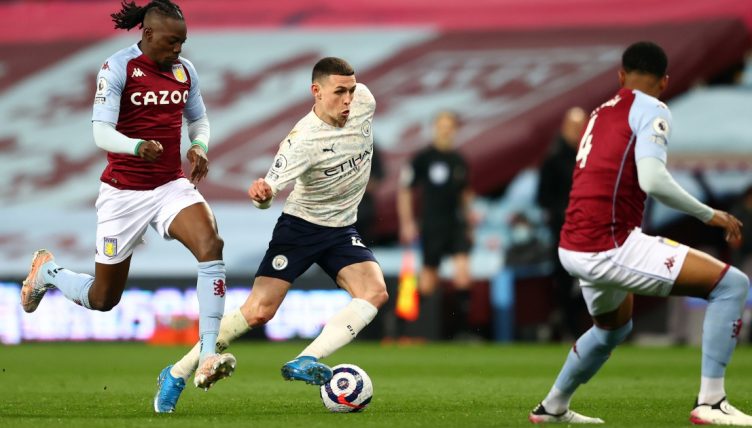 It’s almost impossible to be unique these days.

Musicians are constantly hankering back to the past for inspiration. Every new recipe is a twist on previous gourmet treats. Every opinion you’ve ever owned has likely come from somebody else.

Yet this isn’t always a bad thing. Phil Foden has enjoyed a breakout season during the 2020-21 campaign. We knew he was good, but it’s another thing entirely proving it to the extent he has. It wouldn’t surprise anybody if his middle name had been changed to ‘Stockport Iniesta’ by deed poll.

For someone born in May 2000, Foden has clearly been studying his football history. During Manchester City’s 2-1 win at Aston Villa, the midfielder paid homage to two of football’s most legendary figures.

A crowdy Villa defence is nothing that terrifies Phil Foden.
Look at the amount of spectators in claret and blue trying to stop him from having a shot.

Foden's such an amazing talent! pic.twitter.com/cyovYSLQQJ

Having scored City’s equaliser, a smart finish from a Bernardo Silva cut-back, it’s no surprise that Foden was a marked man.

Like a group of housemates agreeing on what takeaway to order, three Villa defenders had the same thought when the England international received a slipped ball from Ilkay Gundogan – close him down, quickly.

The image that instantly came to mind was that of Diego Maradona surrounded by six Belgium players during the 1982 World Cup.

Nobody is calling Foden the ‘Stockport Diego’ but, in the split second between receiving possession and having to act upon it, Foden had already decided what would be happening next.

As Matty Cash and Marvelous Nakamba closed in, Foden danced through their challenges before being faced by Douglas Luiz.

Here, the City man turned into Zinedine Zidane and pirouetted away from his opponent. The interesting thing to note here is how Luiz withdraws from his challenge before he’s fully committed, knowing that he holds no chance of winning the ball.

The resulting shot fizzed narrowly over the bar but Foden had already proven his point. And the point Pep Guardiola had known all along.

Speaking to Sky Sports after the game, the City boss said: “He is growing, this guy is growing. He’s making steps forward every time. His influence in our game is massive right now. He’s so aggressive without the ball. He’s becoming a serious player.

“There are guys who at 19, 20 are unstoppable. Then others who are 29, 30 who are not. Phil, right now, in the last games especially, is becoming such an important player. His influence in the final third is so important.”

Anybody who can bring back memories of Diego Maradona and Zinedine Zidane simultaneously is becoming a very serious player indeed.