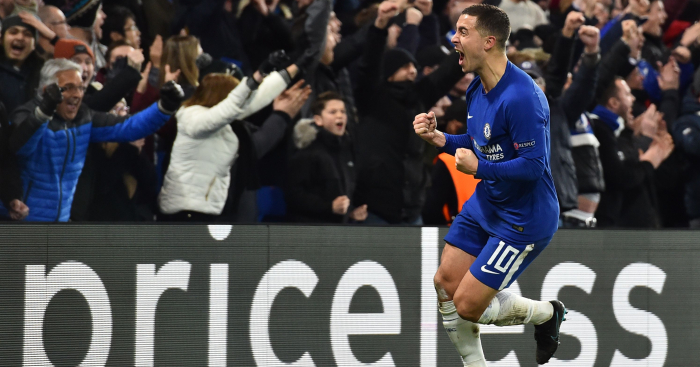 You don’t have to be on Twitter long to realise Phil Jones is an easy target, but it’s worth remembering the Manchester United defender is also a hugely talented and successful footballer.

It’s worth remembering that he made his Premier League debut for Blackburn Rovers as a teenager; that Manchester United paid £16.5million to sign him as a 19-year-old; that he made his senior England debut at the same age.

It’s worth remembering that he has won the Premier League, FA Cup and Europa League; that Gareth Southgate described him as England’s “best defender” just last year; that he reminded Sir Bobby Charlton of Duncan Edwards.

It”s worth remembering that he was compared to Franco Baresi and Fernando Hierro by Fabio Capello; that Sir Alex Ferguson suggested he could become the club’s “best ever player”.

It’s also worth remembering that Phil Jones has been made to look like his legs have been swapped for arms by Eden Hazard this summer. Not once, but twice.

Hazard didn’t enjoy a particularly vintage 2017-18. An ankle broken on international duty saw the attacker miss pre-season, meaning he didn’t make his first start in the Premier League until September 30, and it didn’t take long before he cut a frustrated figure in Chelsea’s meek title defence. 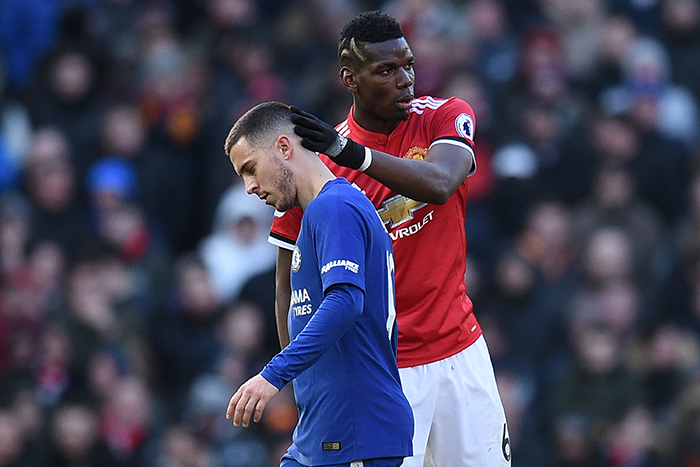 Antonio Conte’s tactical epiphany of playing Hazard as a false nine backfired as it became apparent the plan was akin to a zookeeper squeezing a lion into a birdcage.

Speaking after a particularly lonely 1-0 defeat to Manchester City in March, Hazard told Belgian newspaper HLN: “When you leave the pitch you have the impression that you’ve ran [a lot], but that you haven’t played a game of football.

“That’s a pity. We could have played on for three hours, and I [still] wouldn’t touch a ball.”

With the Blues falling out of the reckoning in the Premier League and Champions League, the usual accusations were thrown at a flair player whose club is struggling.

Paul Pogba and Mesut Ozil can certainly sympathise with being labelled inconsistent and criticised for failing to dominate the biggest games of the season, while Jose Mourinho hardly helped the perception of Hazard when he described the Belgian as “not the kind of player to sacrifice himself for the team” in 2014. 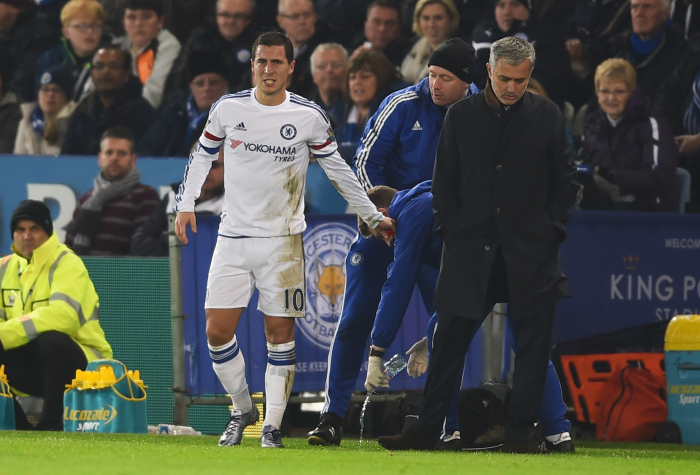 READ: Five players publicly criticised by Jose Mourinho – and how they responded

Fast forward to the season just gone and The Independent ran a column asking: ‘Does he make Chelsea tick or does he only play well when the team plays well?’

Similarly, our friends at Football365 published a mailbox with the headline ‘World-class? Hazard is just a ‘peak Joe Cole’.

Hazard undoubtedly failed to hit the heights of his form in Chelsea’s title wins of 2014-15 and 2016-17, but this was still a player who ended the season having contributed 17 goals and 13 assists in all competitions for a club seemingly waiting for the manager to leave so they could all start playing properly again.

Thankfully, like all great entertainers, Hazard saved his best for last, and poor Phil Jones was the victim.

Perhaps it helped having his arch-nemesis Mourinho in the opposition dugout, but the 2018 FA Cup final between Manchester United and Chelsea belonged to one man.

Your eyes are drawn to Jones, looking flustered, backpedalling, a blur of arms and legs and gurns, the proverbial bull in a china shop putting himself out of his misery with one final desperate lunge just so he can bring an end to the most uncomfortable five seconds of his life.

But watch it back again, this time concentrating on Hazard; his grace and poise as he glides past Jones all the way to the Manchester United goal, how he changes the course of the FA Cup final with one touch, how he dusts himself down to send David de Gea the wrong way with a dead-eyed stare and a nonchalant stroke of his right boot.

This was Hazard at his irresistible best, and he spent the rest of the game helping his team-mates in the trenches in his own enthralling manner.

As United attacked, he sought out pockets of space. When the ball broke his way, a twist or a turn left petrified defenders grasping thin air, relieving pressure by dribbling all the way upfield before invariably drawing a foul from opposition players with steam coming out of their ears.

Hazard carried this form straight into the World Cup. “I have known Eden for so many years, but I don’t think I have seen him train and play this amazing as in these last three weeks and these last games,” said Chelsea and Belgium team-mate Thibaut Courtois.

Captaining Belgium, Hazard’s group stage consisted of two goals and an assist in two games, while he also provided a crucial assist for Marouane Fellaini’s equaliser against Japan in the round of 16.

But his two most impressive displays came when he did not directly contribute to a goal – but just so happened to be the two most important fixtures he played in.

Kevin De Bruyne may have scored what turned out to be the wonderful winner against Brazil in the quarter-final, but Hazard again displayed one of his most underrated qualities: leadership.

If actions speak louder than words, then Hazard was deafening in Russia. There is a hypnotic quality to the way he continually beats players, leaving Fagner and the rest of Brazil’s defence contemplating an existential crisis with his slaloming runs.

Yet again, with his side hanging on for the final minutes, Hazard was the man to take responsibility and drag his team away from danger. By the end of the match, he had attempted 10 dribbles and completed every single one – a feat not achieved at a World Cup since 1966.

At least 12 more than any other player at the tournament. 😳 pic.twitter.com/01TJiK2O7K

France would prove a step too far for Belgium, with Samuel Umtiti’s header deciding an evenly-matched semi-final, but Hazard was again one of the standout performers on the pitch, always probing, never hiding, forcing N’Golo Kante and Paul Pogba onto the back foot.

Of course, he wasn’t finished there. There was still the case of the third-place play-off, and another chance to ruin Phil Jones’ summer…again.

It seems harsh on Jones, but he picked the wrong day to put his legs on the wrong way around and was duly punished by that same ruthless daredevil as at Wembley just two months previous.

With the World Cup over, Cristiano Ronaldo on his way to Juventus and Hazard looking better than ever, the inevitable links to the Bernabeu soon resurfaced. Bored of only tormenting defenders, he also tantalised the press with a cheeky: “You all know my preferred destination.”

It would be hard to begrudge Hazard a move to Real Madrid now, but from a purely selfish point of view, there are few players in world football that are more enjoyable to simply sit and watch for 90 minutes.

Chelsea won’t be the only ones to miss Hazard, the entire Premier League will. Except perhaps Phil Jones.