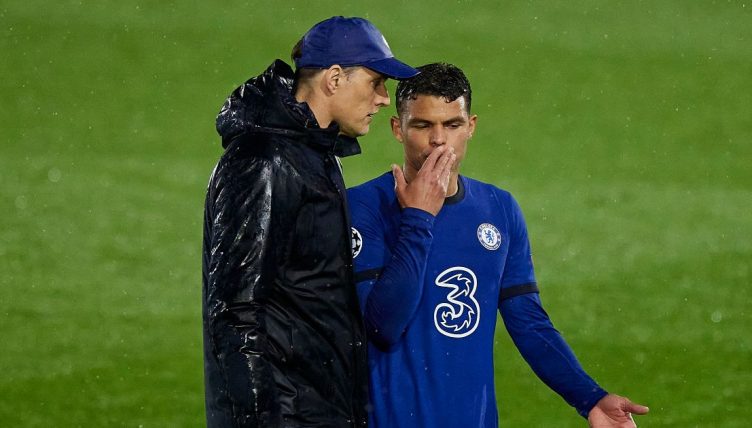 After Mason Mount converted Chelsea’s 836th chance of the night to give them a 2-0 lead against Real Madrid, the TV director cut to the touchline and two men in a joyous embrace: Thiago Silva and Thomas Tuchel had just secured themselves a place in a second Champions League final in two years.

Last time around, as captain and manager of PSG, they suffered a painful defeat to Bayern Munich. But fate is a funny thing and here they are again, on a new train but one with the same final destination. This time, who knows?

Silva was of course brought to Chelsea by Frank Lampard after he had been rejected at PSG – not by Tuchel, but by the hierarchy who believed him too old to merit a new contract. Bar a disastrous debut against West Brom, Silva has excelled, first under Lampard and even more perhaps since his old boss’ arrival at his new workplace.

Tuchel has turned Chelsea into clean sheet kings – it’s now 19 shutouts in 24 games under the German – and their linen washer in chief is no doubt the Brazilian 36-year-old.

At his age – when by rights he should be earning big money in some far-flung land or winding down his career in Brazil – it is quite incredible that he has reached a second successive European Cup final with a second club. But it is by no means a fluke. Silva has proved PSG wrong all season; he was too old to merit another go only on paper.

On Wednesday he was at it again, marshalling the defence to repel Madrid’s slightly odd, disjointed forays forwards and distributing the ball with zip and panache. Silva won 100% of his aerial duels – not bad against Karim Benzema – made more clearances than anyone else on the pitch and did not commit a single foul.

Chelsea got him in on a free – a free! – and, given that lack of transfer fee, he’s surely in with a shout as the Premier League signing of the season. He is the super defender who proves that you don’t need to be a super bastard to make it to the top and stay there.

“Sometimes life gives us a second opportunity,” Silva told TNT Sports after the win over Madrid. “The first [with PSG] was difficult, was painful, we really felt the loss. I hope the second can be different. We’re going there to win.”

In reality, it’s a third chance at continental glory. His first came in the Copa Libertadores in 2008 when his Fluminense side unexpectedly lost to LDU of Ecuador. Perhaps the third time will be a charm.

“I prefer to dream big than dream small,” Silva continued. “I don’t think dreams age, it’s just that, depending on what you do, it gets more difficult. People thought Thiago was finished, but my age on paper doesn’t match up with the age on the pitch of football well played.”

Silva also used his opportunity in the interview to pay tribute to his friend and famous Brazilian comedian to Paulo Gustavo, who died of Covid aged 42 on Tuesday night.

“He made us laugh for so many years, now he’s made us cry. I want to show my solidarity to Paulo’s family, to his husband Thales,” Silva said.

Silva has had plenty of knockbacks in his life and career, plenty of painful moments off the pitch and on it – his near-death experience in Russia and that 7-1 defeat spring to mind – but he’s still there, still plugging away and still football’s Mr Nice Guy.

Maybe now, at 36, he will finally get the continental title his talent, persistence and all-round bloody-nice-chap-ness deserves.