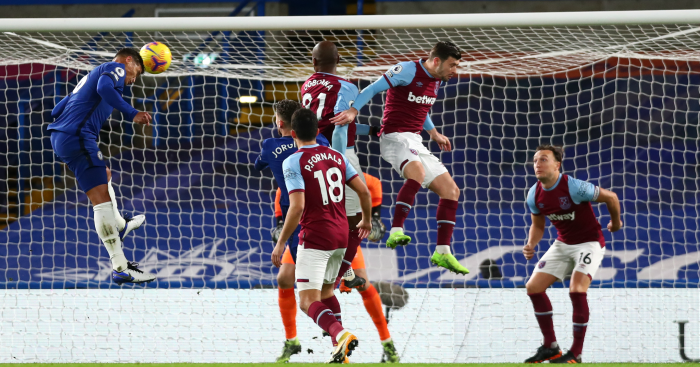 We’ll start with an honest confession: when Thiago Silva signed for Chelsea over the summer, we foresaw only more defensive calamity.

Chelsea conceded 54 goals in the Premier League last season, more than Burnley and Crystal Palace, and were often caught out on the break by pacy attackers.

Adding a 36-year-old into the heart of that defence seemed dubious at best. Quite frankly, we suspected milk would turn faster than the Brazil international haring towards his own goal.

We should never have worried. With the experience and wisdom of Dumbledore overseeing the fresh intake at Hogwarts, Silva’s mere presence in the Chelsea backline has steadied last season’s jitters.

Alongside fellow new signings Eduoard Mendy and Ben Chilwell, Silva has ensured a significant reduction in the number of goals conceded. Since the 3-3 draw with Southampton in October, Chelsea have let in just four goals in their last nine league matches.

With Frank Lampard flooding his team with academy products and big-money recruits yet to reach their potential, the benefits of having someone like Silva around are numerous.

This would all be irrelevant if Silva could not also play a bit himself. In the 3-0 victory over London rivals West Ham, a scoreline that ultimately flattered Chelsea, Silva needed to be at his best as the Hammers dominated for long spells.

Given the task of subduing Sebastien Haller, who scored a goal-of-the-season contender against Crystal Palace last week, Silva set about his assignment with the controlled calmness of a soldier puffing on a cigarette while watching his victim dig their own grave.

Chelsea’s captain won his duels, completed his clearances and ensured West Ham, for all their superiority, never really laid a glove on Mendy’s goal.

By then, the visitors were already chasing the game thanks to Silva’s early goal.

Attacking a 10th-minute corner with the determined intensity of a tiger hunting down its prey, the centre-back flung himself at the travelling ball and thundered a header past the bewildered Lukasz Fabianski in West Ham’s goal.

Yes, the West Ham defence acted as if only introduced to the concept of marking in the dressing room before kick-off. But Silva had the wherewithal to exploit the opposition’s weakness and soothe any lingering nerves after recent defeats at Everton and Wolves.

Frank Lampard has come in for plenty of criticism since becoming Chelsea manager, but the acquisition of Thiago Silva is proving to be a masterstroke. Despite his advancing years, he remains a classy operator who is elevating the performances of his team-mates around him.

If Silva sustains this impact, then Chelsea’s manager, players and fans will be begging him not to retire any time soon.