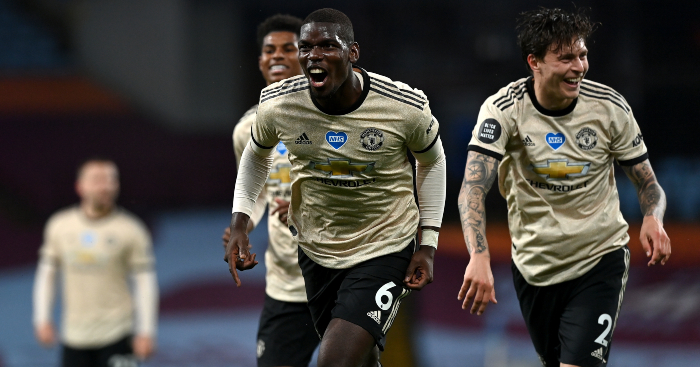 Mondays are a f*cker, we can all agree, but few things can lift our spirits quite as much as watching a high-class footballer make the game look far too easy.

We’ve written in the past about how we often nurse our hangovers by watching Robbie Fowler goals compilations, but that’s probably not going to be much help for Manchester United fans.

So instead, we recommend they brighten their dreary Monday by watching this compilation of Paul Pogba’s passing in United’s 3-0 win over Aston Villa.

After months of speculation about his future and questions about his commitment, Pogba has returned to fitness for United since the Premier League’s restart and been straight back to his best.

Thanks to the form of the France international alongside Bruno Fernandes – and the balance provided by Nemanja Matic, the midfielder with nine lives – United are now being tipped to potentially challenge for the title next season.

Pogba shares one quality in particular with Fernandes: an ability to make all this look far, far too easy. We can only dream of pulling off such nonchalance, but our Monday is suddenly all the better for it.