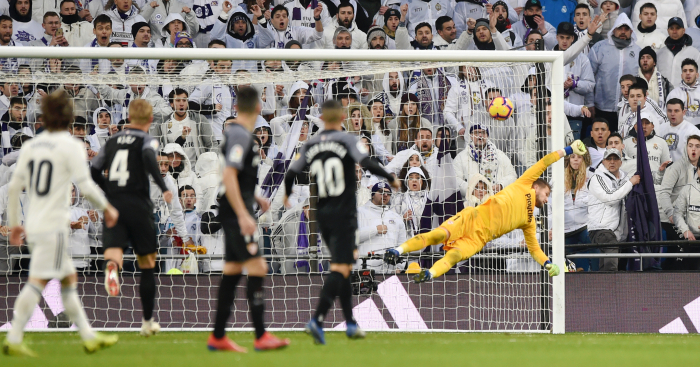 We’re starting to wonder what sins Tomáš Vaclík committed in a previous life to suffer in the manner he has this season.

The Sevilla goalkeeper began the campaign on the receiving end of an Ousmane Dembélé thunderbolt in the Spanish Super Cup, and only had a few months’ respite before being toyed with by Antoine Griezmann at the Ramón Sánchez Pizjuan in the first game of 2019.

You can come to expect that sort of thing from the two French forwards, though. When Casemiro is beating you with a 30-yard stunner then you start to wrack your brains for a sign of who you wronged to deserve all this.

When he beats you from range for a second time, you might consider the possibility that football is rigged.

Vaclik can’t be too used to dealing with this sort of thing, having spent the last four seasons with a dominant Basel side, but there have been some warning signs in the Champions League.

The Czech keeper has had to contend with Pep Guardiola’s Manchester City at their most ruthless, and he was between the sticks for a 4-0 defeat at Porto in the 2014-15 iteration of the competition.

It was during the game in Porto that Casemiro announced himself as a scorer of great goals, if not a great and prolific goalscorer, by planting a 35-yard free-kick into the top corner of Vaclík’s net.

Casemiro has had to wait the best part of four years for another home meeting with the now-Sevilla No.1, and you might have thought that would be enough time to let bygones be bygones.

After all, the Brazilian has remained anything but prolific in the intervening period, averaging a goal every 11 games for Real Madrid and still waiting for his first Brazil goal after more than 30 appearances.

That’s fine – it’s not his job to score, especially when he has had the likes of Gareth Bale and Karim Benzema in front of him for the entirety of his time in the Spanish capital – but for someone so sparing with his goals to score two of his best against the same goalkeeper feels at times like a personal vendetta.

Vaclík had already watched Dani Ceballos curl one shot against the bar from range, flinging himself full-length not out of hope of making a save but because it felt like the thing he was supposed to do, before Casemiro stepped up to ensure his afternoon’s work was all for naught.

The shot from Casemiro feels like it shouldn’t be able to both move that fast and curl that much. One of the two, fine, but both feels absurd.

As with the free-kick for Porto back in 2015, Vaclík has as good a view of the effort as is possible, allowing him to get his feet right and throw his body towards the spot where the ball should be. He gets there, too, coming painfully close to pulling off one of the saves of the season, which if anything makes it more painful.

By getting a hand to the shot and pushing it against the underside of the bar, the keeper turns a long-range belter into a thing of utter beauty, with the picture completed by the synchronicity between Vaclík landing on the turf and the ball landing a few feet behind him.

It’s a case of two footballers performing an act to the best of their abilities, and showing how fine the margins are between one or the other coming out on top.

The keeper is the Olympic sprinter who takes a second off his personal best but still comes home outside the medal places, or the basketball player who nails a three-pointer with seconds left on the clock, only to see an opponent fire in a buzzer-beater before he can blink.

Sometimes everything you’re capable of still isn’t enough, and it only serves as a set-up in someone else’s narrative. Realising you’re not the protagonist of the story is hard to take, especially when you find out so decisively. 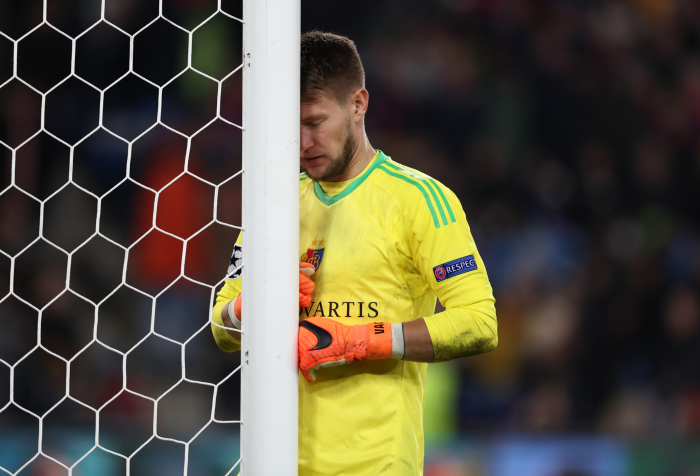 Vaclík won’t feel any better for discovering he has played his part in a thing of great beauty, and indeed he may be left wishing he’d stood stock-still, as with that Griezmann strike two weeks earlier, to maintain the illusion that he might have been able to make the save if he’d got everything right.

The keeper was beaten once more before the end of the game, Luka Modrić stealing in to beat him from inside the box, and by that point Vaclík had already been able to practice the art of dramatically sinking to his knees.

That counts for something, I guess.