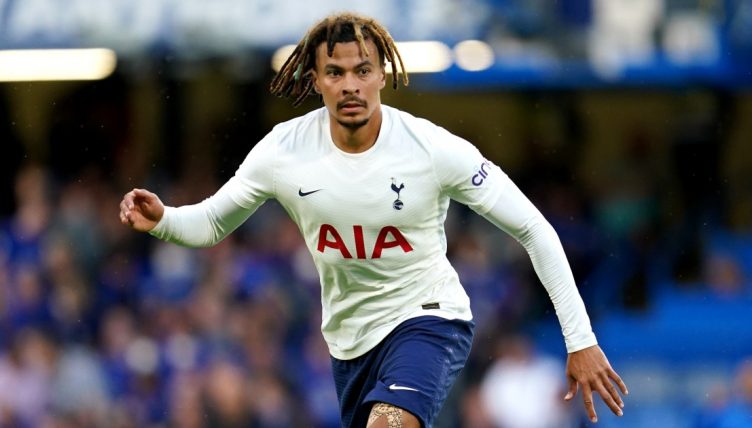 Just like the emergence of daffodils marks the unofficial start of spring, the beginning of a new football season is signposted by annual traditions.

Manchester United ‘winning’ the transfer window. Jordan Pickford marking his return to club football with a mistake. An underwhelming Community Shield, with the winners destined to become a tricky pub quiz answer in a matter of weeks.

Another early-August staple are the questions surrounding Tottenham‘s Dele Alli. Namely, will he ever return to the form that made him one of the Premier League’s exciting talents?

Alli played 385 minutes during Ryan Mason’s caretaker spell at the back-end of the 2020-21 season. To put this in perspective, he only played 233 minutes in 32 league matches under Jose Mourinho.

While Mourinho is capable of salting the earth with the most mild-mannered of characters, it was hard to argue Alli deserved a more central role at Spurs. Not when the midfielder who once terrorised domestic and international defences was clearly a shell of his former self.

Alli scored 32 league goals between 2015 and 2018 but has barely made it into double figures since. At the same time, the emergence of a host of talented attackers saw him dropped by England manager Gareth Southgate.

But there have been tentative signs of improvement – Alli returning to his natural role in a midfield three – and the 25-year-old has registered three goal involvements during pre-season.

And the impudence that made Alli extremely watchable was on show during Tottenham’s 1-0 win over Arsenal.

After bringing down a lofted pass with all the care and precision of a father handling his newborn baby for the first time, the midfielder lured Pablo Mari into a trap before slipping the ball through his legs.

With his ego more bruised than a week-old banana, Mari stopped his opponent from progressing any further with a less-than-subtle body check.

While Alli’s output had diminished, even before Mourinho arrived in November 2019, he still possesses admirable self-awareness.

Speaking to Goal last month about his decline, he said: “The only person I blame is myself. I should be performing at a level where it is difficult to not put me in the team or not play me. I don’t blame anyone but myself.”

“I want to make this year one of the best I have had,” he went on to say. “A lot of people have said I need to find the form I was in a few years ago. For me, I don’t even want to get to that, I want to go past that and reach my full potential to be the best player I can be.

“It has been a tough few years but I have been working hard and analysing what I need to do to get better.”

Many people will say Alli should learn to walk before he talks about football’s equivalent of the London Marathon – an observation that seems harsh, but fair.

But the Premier League’s forgotten genius has the ability to revitalise his career and ensure nobody questions his performances before the start of next season.

We’ll be robbed of a modern-day tradition, but the sight of an impish Dele Alli terrorising Premier League defences will provide adequate compensation.