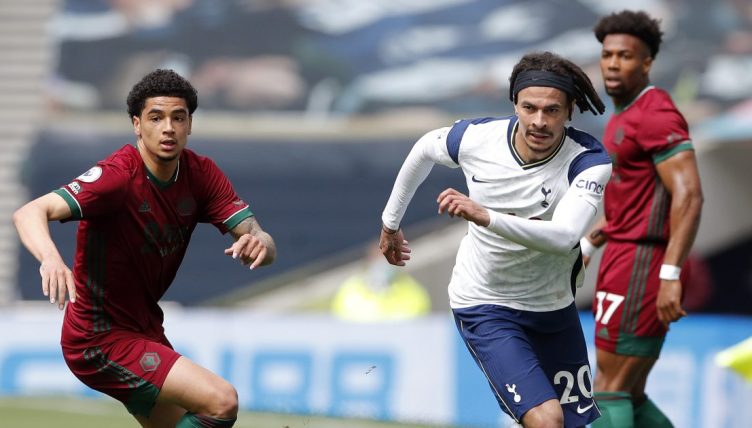 As lockdown eases and society tentatively regains some absent freedoms, we’re all looking for signs that life is returning to normal.

For Tottenham fans, witnessing the re-emergence of Dele Alli will confirm the feeling that nature is slowly healing.

Alli has been enjoying an extended run in the Tottenham starting XI as Ryan Mason attempts to salvage something from the wreckage that Jose Mourinho left behind.

His return has felt significant. Alli was considered one of Europe’s most exciting talents not so long ago but seems to have gone the same way as tropical house and dabbing in the intervening period.

The midfielder’s form was dipping even before Mauricio Pochettino was sacked. There was much talk of Mourinho, who tends to favour attackers with the ability to provide inspirational moments, taking the 25-year-old midfielder under his wing.

But he was thrown under one of Jose’s double-deckers the minute results started heading south.

Interim manager Ryan Mason has thrown his backing behind Alli, fielding him in an attacking formation with Gareth Bale, Son Heung-min and Harry Kane as Spurs chase down a Europa League spot and, probably more importantly, spare themselves the ignominy of finishing behind West Ham.

And Alli has started to thrive in the safe space that Mason has created over the past month.

He was not involved in either goal as Tottenham eased to a 2-0 victory over a disappointing Wolves side, but he did conjure up the game’s prime moment of filth.

After receiving the ball on the right-hand touchline, Alli seemed to stall for a moment. For many players, that would be a sign of miscontrol or lack of confidence on the ball. But the erstwhile England midfielder knew exactly what he was doing.

The shuffling of the ball from foot to foot and side to side caught the attention of Leander Dendoncker, who responded in the required manner and was lured towards the ball.

It was here that Alli produced the kind of wizardry not seen since JK Rowling put pen to paper. As Dendoncker covered all the possible angles, Alli slipped the ball between his open legs and raced away.

The run continued to the byline, Nelson Semedo’s challenge evaded with an athletic skip, before Rui Patricio was required to get his body between Alli and the ball.

After the game, Mason told reporters: “I can’t speak in terms of what Gareth (Southgate) is thinking. I don’t know on that but for me Dele was excellent. I don’t really like singling out players but it’s hard not to because I’m sure everyone felt it.

“He ran, he competed, he pressed, he created opportunities. I’m sure he’s disappointed not to get a goal himself. It was an excellent number 10 performance, I’m really, really pleased.”

Talk of an England recall is surely the preserve the people who plan their wedding after a successful first date.

But the return of Alli into something approaching full form should excite both Spurs and England fans. On his day, Alli ghosted in between defenders in ways that we’d associate with footballers from continental Europe.

And his violation of Dendoncker was that of somebody starting to enjoy his football again after years of stagnation and frustration.

Above all, it’s another sign that nature is starting to heal.