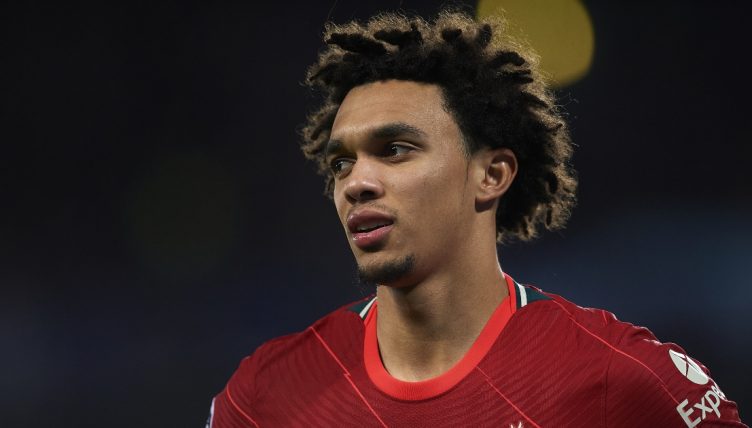 For all the praise heaped upon Trent Alexander-Arnold’s slender shoulders, there remains a sense that his defensive attributes don’t quite measure up to his attacking brilliance.

Yes, that matters little when Alexander-Arnold is one of the best creative full-backs in world football. His goal during the 3-1 win over Newcastle, a long-range piledriver that was close to decapitating Mike Dean, was a treat for the Liverpool fans in attendance.

But the 23-year-old is still targeted by opposing teams. Wait for him to charge up the field, the conventional thinking goes, and attack the space he leaves behind.

Simple. But this theory ignores how Alexander-Arnold is more of a complete player than given credit for.

As Newcastle sought an equaliser at Anfield, an intelligent pass from their talisman Allan Saint-Maximan seemed to have prised open the Liverpool defence like your dad working the lid of the family box of Quality Street.

Jacob Murphy latched onto the ball and swept an imperious low cross into the penalty area and into the path of Ryan Fraser.

As Fraser shaped to shoot, with Liverpool defenders seemingly conspicuous by their absence, you’d forgive the Newcastle man for pre-planning his goal celebration in his head.

But he reckoned without Alexander-Arnold. Having tracked Fraser’s run, the England international inched ahead of his opponent and pinched the ball from his toe with a sensational last-ditch tackle.

Newcastle loudly appealed for a penalty, which was rightly rejected. Reports that Fraser entered a Merseyside police station to report a robbery after the game remain unconfirmed.

Jurgen Klopp told BBC’s Match of the Day that he felt uncomfortable with the situation that led to Alexander-Arnold having to make the tackle in the first place.

“Lucky!” Klopp exclaimed after victory had been secured. “Unfortunately you have to say that because it should not come in a situation where Trent has to make a sliding tackle from the wrong side. I hate those situations, we should have sorted that earlier.”

Klopp’s post-match mug of gluhwein was clearly half empty. Yes, Liverpool left themselves vulnerable to a sucker punch with their forward-thinking play and Newcastle could have snatched a point with a little more fortune.

But this conclusion ignores the skill of Alexander-Arnold’s defensive intervention.

For a player whose attacking contributions have always been lauded, the defensive side of his game has improved immeasurably and his development into a complete full-back continues apace.

That is why his tackle on Fraser, rather than his delightful goal, should give Liverpool fans the most encouragement.