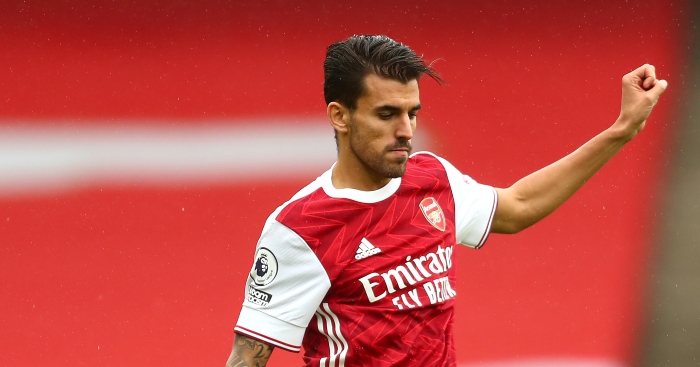 Far be it from us to stereotype, but watching Arsenal over the past 15 years has been a textbook example of style over substance. This was before style took a prolonged vacation during the Arsene Wenger end game.

However, the tenure of Mikel Arteta has been marked by a growing feeling that Arsenal are once again becoming more than their sum of parts.

Victories over Liverpool and Manchester City, an FA Cup success and a strong team collective are just some of the milestones of the Spaniard’s 10 months in charge. This may take some getting used to for social media banter merchants, reared on a diet of Emirates calamity and ineptitude.

Take Sunday. While the Premier League was set ablaze around them through the exploits of Aston Villa, Tottenham and West Ham, Arsenal calmly went about their business and dispatched Sheffield United 2-1 in a low-key encounter. It provoked a similar sensation to witnessing a former teenage tearaway settle down with a wife and child in the suburbs.

Central to the Gunners’ victory was the form of Dani Ceballos.

The Spain international has been a classy presence in the Arsenal midfield since arriving on loan from Real Madrid in 2019. With powers of mastery over the football that would have seen him executed for witchcraft in the 16th century, Ceballos once again demonstrated his talent against the Blades on Sunday.

Firstly, the customary nutmeg. Receiving the ball adjacent to the centre circle, Ceballos was faced with the task of swerving the onrushing Oli McBurnie.

The solution? Slipping the ball between the striker’s legs, making him look as foolish as Michael Barrymore attempting to rap along to Gangsta’s Paradise. Simple, yet so effective.

The coup de grace followed later. With Arsenal 2-0 up and cruising to victory, the time had come for Ceballos to dig deep into his repertoire of showboating.

After pressing Sheffield United goalkeeper Aaron Ramsdale into a long Anglo-Saxon hoof downfield, the ball dropped to the Spaniard millimetres inside his own half. For many players, this realisation would lead to their confidence visibly drain from their bodies as if squeezed by a boa constrictor.

Not Ceballos. Without missing a beat, he shepherded the ball instantly towards the nearby Kieran Tierney in a movement that appeared both effortless and irresistibly cool.

Incredible one touch pass from Ceballos from r/Gunners

Arsenal seem to be quietly going about their business under Mikel Arteta. The silky ball skills of Ceballos appear central to that.