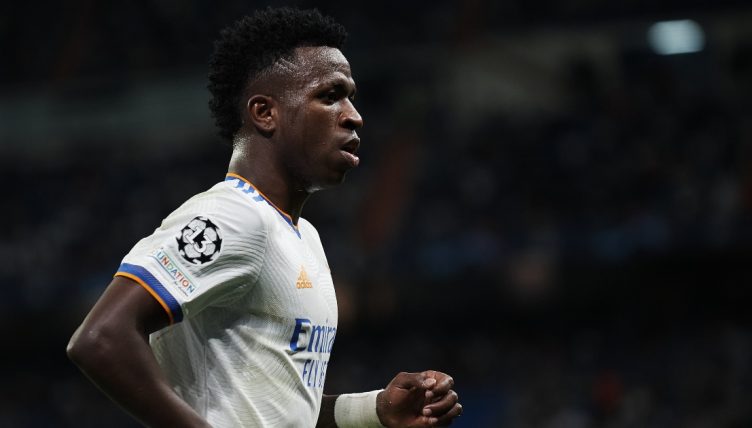 The hush of the crowd upon receiving possession. The subtle drop of the shoulder. Wriggling away from a crowd of defenders like Boris Johnson dodging responsibility before the unerring finish past a startled goalkeeper who’s already resigned to his fate.

But Salah does not own the copyright to spectacular goals scored in the year 2021. Not when Vinicius Junior is on the scene.

With Eden Hazard injured and Gareth Bale’s mind never too far away from Celtic Manor, Vinicius has become an integral part of the Real Madrid attack.

After scoring twice to rescue a point against Levante in August, the Brazil international told reporters that he’d been toiling away all summer to “put smiles on faces at Real Madrid.”

Considering the temperatures that make Madrid feel like a furnace during high summer, that is no small commitment.

Carlo Ancelotti was reportedly told to coax the best from Vinicius following his re-appointment as club manager in June and, on this form, the former Everton manager appears to be doing exactly that.

Vinicius had already scored five goals this season before Real travelled to Ukraine for a must-not-lose Champions League match with Shakhtar Donetsk.

And the 21-year-old rose to the occasion, scoring twice in a 5-0 thumping that got Madrid’s European campaign back on track.

His first was simple enough, latching onto a superb pass from Luka Modric to clip the ball past Anatoliy Trubin. But the second was so magical you’d be forgiven for thinking Vinicius had metamorphosed into David Blaine.

After patiently waiting for Karim Benzema to turn and give him the ball, the winger reached into his repertoire of tricks and unleashed some rapid-fire stepovers that left the first Shakhtar man bamboozled. Reports he was treated for twisted blood in the dressing room afterwards remain unconfirmed.

From there, Vinicius squeezed through a tiny gap, shifted the ball onto his left foot and rifled home an unstoppable finish – the kind where any attempt Trubin made to stop it would only embarrass himself.

“I’ve not only been working on my finishing,” Vinicius also said earlier in the season. “But also the tactical and technical side of my game to be able to help the team and will continue to do so.”

This piss-takingly good goal demonstrates how he’s backing up his words with actions.

The tactical awareness to create space, allied to his immense close control and clinical finish, proves how Vinicius has stepped up a level this season and is determined to make himself a mainstay of the Madrid forward line for the entire 2020s.

And, if he continues his current rate of progress and chips in with wondergoals like these, then who are we to say otherwise?