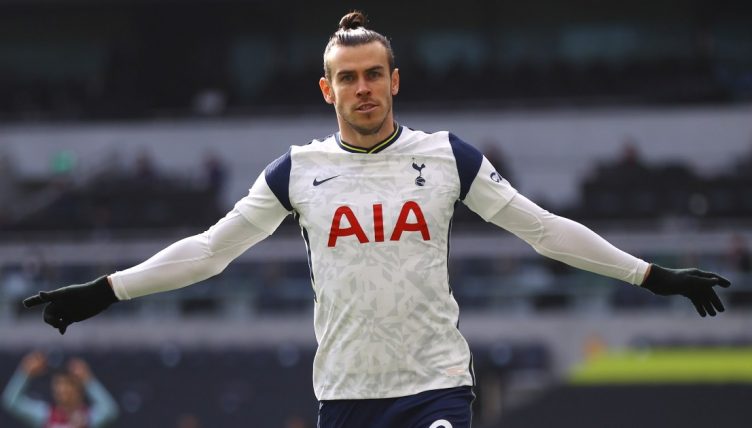 Tottenham fans were crying out for it, absolutely desperate. Almost ready to get down on their knees and beg.

It’s an accusation that has long-since followed Mourinho around – driving a sports car with the handbrake on, putting self-imposed limits on the power of the engine under his bonnet.

This season it has felt more accurate than ever. He’s mostly played a midfield two of Moussa Sissoko and Pierre-Emile Hojbjerg, with Tanguy Ndombele as the No.10 and either Lucas Moura or Steven Bergwijn on the right wing.

None of them are bad players, but each of them is the conservative option in those positions. Add them all together and you get the stodgy, lifeless football we have seen for much of the last two months from Spurs.

On Sunday, though, Jose decided to heed the calls for the handbrake to be released. Sissoko dropped to the bench, Ndombele moved back into central midfield, Lucas was through the middle and finally, finally, Gareth Bale was unleashed – let out from his gilded cage to wreak havoc on the Tottenham right.

What happened next was magical, if not entirely unexpected. The signs had been pointing to a late-season Bale resurgence.

Against West Ham last weekend, he’d whacked a shot off the crossbar as the game neared the end. In mid-week against Wolfsberger, he’d found the net – in some style, too. And within 70 seconds against Burnley, he was looking sharp again, there in the box to tap in a Heung-min Son cross after some shocking Burnley defending.

But it was only a few minutes after his opening goal that Spurs fans could look at their television sets and think, without an ounce of doubt in their minds: yes, Gareth really is back.

Burnley were attacking – trying to, at least – with the ball near the corner flag in Spurs’ half. A loose pass fell to Bale, and he was presented with a choice.

It was an easy choice, truth be told. He was facing towards his own goal, had a couple of opposition players around him and Ndombele was open for the pass, his body in a position that would have allowed him to punt it upfield. Do that, and danger would be averted.

Bale wasn’t going to take the easy option though. This was his first Premier League start since that dire loss to Brighton in January and only his third all season – this was an opportunity, one he wasn’t going to let pass.

Instead of knocking a five-yard ball to his team-mate, Bale turned and faced up his man. The Burnley players weren’t expecting it, and in a flash he was away from Jack Cork and Dwight Neil and, in front of him, was Charlie Taylor.

Bale paused for a second like a racecar driver revving his engine and waiting for the flag to drop. He knocked the ball into the space behind Taylor and rammed the pedal into the metal. No handbrake, no contest. It was a Fiat 500 trying to keep up with a Ferrari.

Bale was away, played a first time ball to Son and Spurs broke. The Wales international surged up the right and into the box, Taylor now about 50 yards behind him. Son returned the ball and Bale crossed. Nothing came of it, nobody there to get on the end of it. But in those few seconds, Spurs’ No.9 had made it known: he was back, he was fit and he meant business.

The confidence flowing, he picked the ball up in his own half again a few minutes later and showed another side of his game. Spotting Harry Kane making the run ahead, Bale pinged it long, the pass flying over the pristine turf like a golf ball hit with a three wood up the fairway of Bale’s private course.

Kane did the rest, putting Tottenham 2-0 up and the game was beyond the visitors.

From there it was a procession and Bale was its leader. He played a part in setting up Lucas Moura’s goal and then dispatched the fourth in emphatic style.

But it was that early turn and run that had set the tone. From there, Taylor knew it wasn’t his day and Bale knew it really was his.

With Bale fit and in form, the handbrake is off. The only question now is whether Jose will keep it that way.