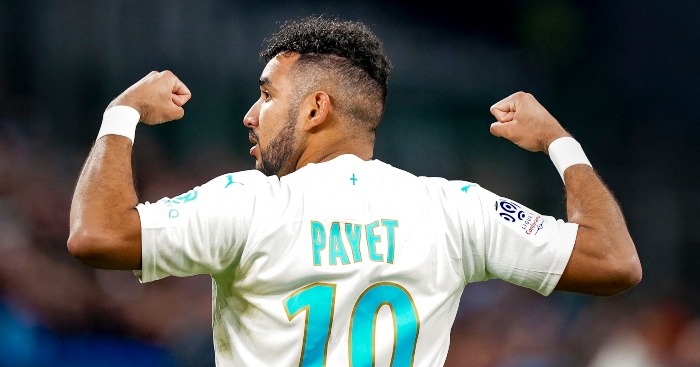 While West Ham are in the midst of an existential crisis, their former hero Dimitri Payet continues to live his best life at Marseille.

Life at West Ham looks pretty miserable these days, what with the whole hating your stadium, owners, manager and players thing.

Payet’s life, however, looks absolutely brilliant. Back at his spiritual home of Marseille, the enigmatic Frenchman has spent the last week doing what he does best: taking the piss out of opposition defences and scoring wonder goals.

Marseille are unbeaten since October, a run of 16 matches, and sit comfortably in second in Ligue 1 – the best you can hope for while competing against the Death Star of PSG – while progressing to the quarter-finals of the Coupe de France.

After having to settle for a 0-0 draw at Bordeaux in their opening game of February, Payet ensured there was no danger of a repeat in their next fixture, against Saint-Etienne.

Just seven minutes into the game, he collected the ball on the left wing and drove into the box. The end result was the opening goal in a 2-0 win, but if you were to take a trip to the Stade Geoffroy-Guichard right now you would still find the defence and goalkeeper rooted to the spot, trying to put their feet on the right way around after Payet sold more dummies than Mothercare.

Not content with inspiring one victory last week with a piece of magic, Payet took to the field against Toulouse and once again took matters into his own hands to fire Marseille to a 1-0 win.

There’s always a sense with the 32-year-old that once he gets on a roll he can pretty much do anything he wants, playing with the swagger and arrogance of the world’s greatest rock star.

And so, when the ball fell to his feet 25 yards from goal after a goalless first half, he decided to simply spank it into the top corner like it was the most obvious thing in the world.

Payet has always been considered something of a divisive figure, as if his occasional attitude and fitness issues make him any less alluring as one of the most Gallic enigmas to grace the planet, like Serge Gainsbourg in a pair of Pumas.

As he approaches the twilight of his career, the figures only serve to highlight his status as one of the great entertainers of recent years. Since the start of 2015-16, Payet has created more chances than any West Ham player, despite leaving in 2017, and almost twice as many as any Marseille player.

We might only have a few more years left of Dimitri Payet making opposition defenders looking very silly. We’re going to really, really miss him when he stops.