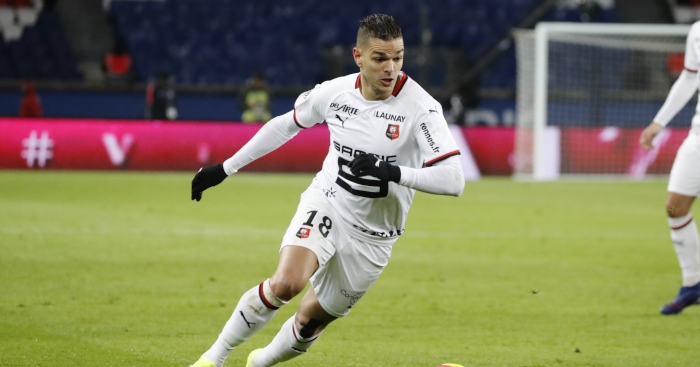 Few players can claim to have been exiled at both Hull City and PSG, yet Ben Arfa has made a career out of making the seemingly impossible possible.

Much like his compatriot Dimitri Payet, it’s worth putting up with the rough with Ben Arfa, because the smooth is just so much bloody fun – as Rennes, his seventh club to date, are discovering.

After finishing fifth without the services of Ben Arfa last season, Rennes are having a distinctly average 2018-19 campaign: 10th in Ligue 1, having won 11, drawn nine and lost 10.

It would be easy to say that given their decline in league position, the signing of the 32-year-old enigma has failed to come off, but it is in exactly these kind of consistently inconsistent, uninspiring seasons that fans need a player of Ben Arfa’s ilk to make it all worthwhile.

Rennes were ultimately held to a 3-3 draw at Angers this weekend as former Arsenal prospect Jeff Reine-Adelaide bagged a 92nd-minute equaliser for the hosts to complete his brace, but that’s not what supporters will remember.

Fans will instead think back to Ben Arfa opening the scoring by doing this.

Cast your mind back to Ben Arfa scoring two ludicrous solo goals in the space of three months for Newcastle United and it’s hard not to view this effort as some kind of companion piece.

Sure, this time he opts for the help of a team-mate rather than completely taking the p*ss and doing it all himself, but the exhilarating joie de vivre remains there in abundance – signalling his intent to do something special from the off by turning back to beat a defender he had already tricked.

The rest of the goal has the air of the bigger boy at school playing against the year below, with the Angers players having as much chance of stopping Ben Arfa as the supporters in the stands of the Stade Raymond Kopa.

A player capable of such brilliance should probably be able to lead Rennes to victory against a side enduring their own dreary season, yet if that was the case, Ben Arfa probably wouldn’t be playing for Rennes.