Newcastle’s signing of ASM’s brickie mate is straight from a ‘Goal!’ script 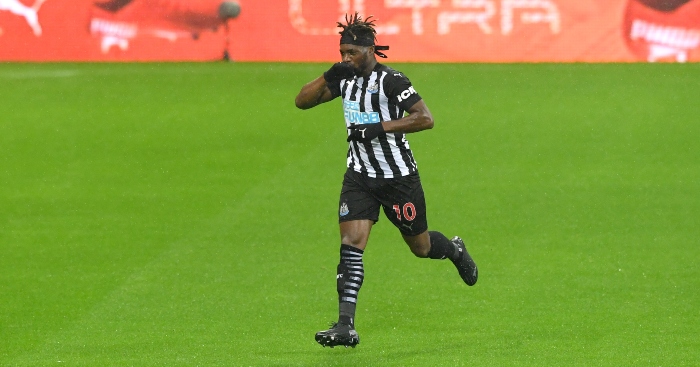 When the film Goal! was released in 2005, it’s fair to say it didn’t reinvent the wheel.

The story featured a young Mexican immigrant Santiago Munez, played by Kuno Becker, who was scouted during a match in Los Angeles and invited over to England for a trial with Newcastle United.

From there, the script meandered along in a predictable manner – Munez overcomes numerous obstacles to score a last-minute free-kick against Liverpool that took Newcastle into the Champions League, bagging Anna Friel along the way.

However, they say fact is often stranger than fiction, and the story of new Newcastle signing Florent Indalecio demonstrates this perfectly.

The Frenchman has gone from bricklaying in Sydney to securing a deal to sign for Steve Bruce’s side, via beating a tumorous cancer in his knee. In fairness, scoring an overhead kick during your trial couldn’t have harmed his chances.

Having played with Allan Saint-Maximin as teenagers at Saint Etienne, Indalecio was released by the French club aged 15 due to poor behaviour.

From there, his career failed to take off and he had seemingly blown his chances of playing football professionally. Trials at numerous clubs, including some in the USA, failed to lead to anything except dead ends.

Consequently, Indalecio decided to travel to Australia as a tourist – an action that was almost an admission of his dwindling chances of securing a future in the game.

But this decision proved to be a masterstroke. While starting his new life in Sydney last year, his comeback began following a chance encounter with fellow Frenchman Alexis Wenzel, the captain of NPL4 New South Wales outfit Fraser Park FC.

Indalecio was working long 12-hour shifts on construction yards as part of his working holiday visa, and was living in the same accommodation complex as Wenzel’s brother Andreas.

Wenzel told ChronicleLive: “Flo’s a hard worker. He arrived in Australia and he couldn’t speak much English, he just wanted to make money to survive.

“I said to Andreas many people ask me to come for a trial for Fraser Park and they’re not good enough. Flo showed me his resume and some videos, and he looks decent in them. I told my coach I might have someone, but I don’t know how he is soccer-wise.

“When he came over for a trial, straight away you could see he was on another level.”

Within a week, Indalecio had signed for Fraser Park FC. After his experiences, it was an opportunity he was determined to take as confirmed by his coach Alex Araujo.

He told ChronicleLive: “The first time I saw Flo play, I was definitely impressed considering he hadn’t played football for a while.

“I know some of the reports I’ve read have spoken about his past, but he’s a different guy now. I think many years working in construction, I think he recognises the opportunity he’s got.”

The theme of the building site was also touched upon by Indalecio himself. Speaking to the Sydney Morning Herald, he said: “I never spoke English before. I learned English on a construction site with my boss and all the bricklayers.

“I just followed the guys, how they work, how they do the concrete mix, how they take the bricks. Everyone helped me. It was very physical. I was f*cked. My body was tired.”

Like all good films, there would be another plot twist in store. Having remained firm friends since their time at Saint Etienne, Saint-Maximin invited Indalecio over to Newcastle in August 2020 and convinced his manager Steve Bruce to offer his mate a trial.

Having impressed during a four-week trial with the club, helped by the aforementioned overhead kick, Indalecio was offered a short-term contract with Newcastle that will run until the end of the 2020-21 season, where he will play for the Under-23 team as an overage player.

Bruce has acknowledged the deal represents a gamble for club, telling the Daily Mail: “We’ve decided to take a bit of a gamble and see how he gets on this year. Make no mistake, we haven’t just signed him because he’s Allan’s mate. He’s got a bit of talent, otherwise he wouldn’t be coming in.”

It seems fitting to leave the last words to Indalecio himself. After securing his deal, he told the SMH: “It’s a really big club and a great opportunity for me but I’m starting from the bottom.

“My objective is to play very well with Newcastle Under-23s to prove I have the ability to play at a better level.”