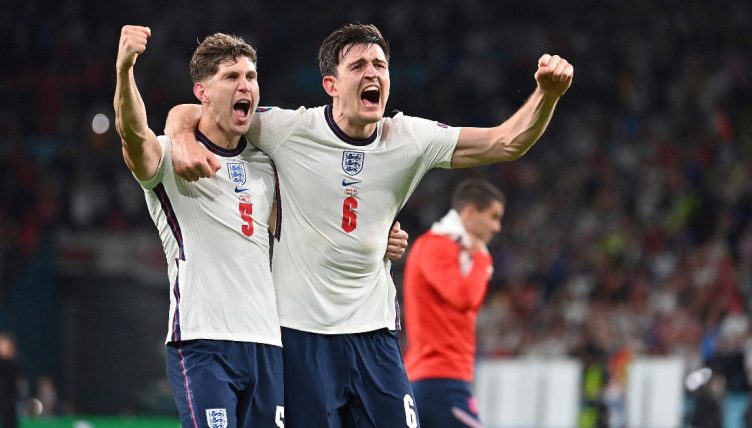 “How did this team never win anything?” It is a phrase that has been trotted out repeatedly on social media and, more often than not, it is accompanied by a picture of England‘s ‘golden generation’ of the early 2000s.

The question is valid. Paul Scholes, Wayne Rooney, David Beckham, Ashley Cole, Frank Lampard, Steven Gerrard, Rio Ferdinand, Michael Owen; a team bursting at the seams with such talent should almost certainly have progressed past a quarter-final at least once.

In the years since one explanation for the lack of success has come up again and again: Cliques.

A year before Euro 2004, Nicky Butt said in an interview with the Guardian: “There’s a lot mentioned about the United, Liverpool and Arsenal thing and it’s true that when we go away with England we all have our cliques. I’d be lying if I said we didn’t. I want to spend my time with friends and they just happen to be the United lads.”

Emile Heskey, who made 62 appearances for England over 11 years, concurred.

“Inevitably it is going to happen in a sense because if me and you are from Liverpool and then you have two from Manchester United and two from Arsenal, generally I will sit with you because I am with you all the time”, he said in an interview with Sky Sports in 2019.

Flashforward to 2021 and another golden generation of English talent have stepped far beyond their predecessors. A 2-1 win against Denmark on Wednesday night sealed their place in a major tournament final for the first time since 1966.

This time, crucially, England is a no-clique zone.

From his first squad gathering back in 2016, Gareth Southgate has made it a top priority to instil a club-like atmosphere amongst the national team. One big fraternity should take the place of isolated groups. Players are deliberately seated away from their clubmates during mealtimes to ensure a connection is made between every player at St. George’s Park, and it has worked.

Raheem Sterling and Harry Kane have received plenty of deserved acclaim for their attacking displays, but it is at the back where Southgate’s most remarkable achievement is brought into focus.

Under the glow of the Wembley arch, a defensive quartet lined up in one of the biggest games the stadium had ever witnessed. It consisted of two Manchester United players, Harry Maguire and Luke Shaw, and two Manchester City players, John Stones and Kyle Walker.

John Stones = every @England fan when that goal went in 🙌

It is a unit that has been deployed in England’s last four matches at Euro 2020, and a unit that has only conceded one goal in that time. Shaw has also accumulated three assists, putting him second in the tournament charts.

The bond between Stones and Maguire particularly is something to behold. The pair played together during the 2018 World Cup and, while club rivalries may have spelt trouble in the past, it has never been a threat under Southgate’s regime.

As Simon Kjaer put the ball into his own net to equalise for England, Stones celebrated with incredible passion. But he did not seek out Walker, he did not hunt down the heavily involved Sterling, nor did he charge to the bench to meet Phil Foden. Instead, he leapt onto the back of Maguire. Their clubs may hate each other, but it’s all love when the white shirts are donned.

Only a win against Italy at Wembley on Sunday night will ensure that this England collective is not also condemned to a social media template in 15 years. But with this unity and spirit, a huge part of Southgate’s job is already complete.

Even if he does not “bring it home” this summer, the fact that tournament-hampering cliques appear to have been not just halted but obliterated over the past five years should see Southgate’s legacy secured.