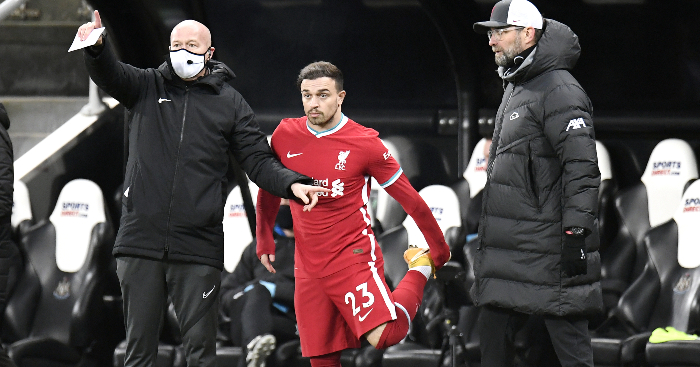 As Liverpool lifted the Premier League trophy back in July, Xherdan Shaqiri threw himself into the celebrations, perhaps knowing that it may well be his last chance to appear in the famous red shirt.

In what was a hugely successful season for the Reds, Shaqiri found himself predominantly pushed to the bench, if not even further back.

The 29-year-old made just seven league appearances as Jurgen Klopp led Liverpool to their first title in over 30 years, and he must have felt that his time at Anfield was coming to an end.

Only an unrealistic asking price ultimately kept him on Merseyside into the current campaign, with the club reportedly asking for upwards of £27million for his services.

Of course, there was interest in the bulky winger, but in the midst of a global pandemic, it was a lot to ask for a player largely short of match practice.

After staying at Anfield, it did not look like things were going to change. Six games into the new Premier League season, and he was yet to step foot on the pitch. In fact, he had only stepped onto the bench once in that time.

The Switzerland international did set-up Diogo Jota’s winner against West Ham in the next match but, following another 30-minute cameo against Man City, he was back on the sidelines with an injury.

But, almost in tribute to Bobby Zamora’s return to Brighton in 2015, he’s now back.

If Ajax don't announce the return of Ryan Babel how Brighton announced the return of Bobby Zamora, then we don't want to know.#bhafc #ajax pic.twitter.com/cxRkNUXjKS

Liverpool very much finished 2020 with a whimper rather than a flourish and started 2021 in similar fettle. A 1-1 draw with West Brom was followed by a 0-0 with Newcastle and finally by a 1-0 loss to Southampton.

Even the prospect of facing an Aston Villa side boasting more teenagers than a freshers’ fare looked like it may daunt a near full-strength Liverpool, going in at half-time with the scores level.

But the introduction of Shaqiri changed the game. Georginio Wijnaldum had just swept them back in front from the edge of the box, but it was the 29-year-old’s influence that made a fourth-round appearance secure.

Just two minutes after replacing Takumi Minamino, Shaqiri managed to unlock what had proven a stubborn Villa backline. A clipped ball looped into the box, the flight deceiving Jake Walker, and landed kindly for Sadio Mane whose header looped into the goal.

It was 4-1 after another two-minute wait. Shaqiri was involved again, this time slipping a cute pass into Mohamed Salah while under pressure on the edge of the box. The Egyptian swivelled and struck into the bottom corner, ensuring that Shaqiri could boast two assists in just four minutes.

Much like a weasel or a claustrophile (yes, it’s a real thing, Google it) Shaqiri loves operating in tight, enclosed spaces; a trait that, despite their wealth of talent, no other Liverpool player boasts to quite the same degree.

It is therefore strange to think that he was not given a shot against Big Sam’s lowest of low blocks at Anfield or more than a minute to help break down Newcastle.

His move away in the summer failed to materialise and it looks unlikely that he will be going anywhere this month either, and that could end up being a huge stroke of fortune for Liverpool as they battle to retain their Premier League crown.

They may have wasted two chances to utilise his skills, but there will be many more opportunities to come.