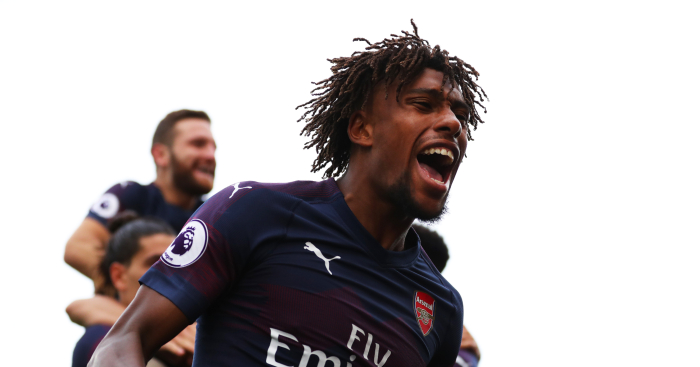 At Craven Cottage on Saturday, we were treated to one of the moments of the Premier League season. Then, about half an hour later, Aaron Ramsey scored A Quite Good Goal.

Ramsey’s strike might be what most people end up talking about, both after the game and in months to come, but the man replaced by the Welshman was instrumental in putting Arsenal in a position to toy with Fulham like a cat with a ball of yarn.

When Unai Emery was appointed as manager, there were people who couldn’t see a role for Alex Iwobi in Arsenal’s first team under the Spaniard. Now, though, he is doing things like this and making us wonder why we ever doubted him.

When Iwobi gathers the ball on the left flank, he is already preparing to nutmeg someone as soon as a suitable target comes into shot.

Perhaps he would have done if he was paying closer attention to Arsenal’s victory over Qarabag in the Europa League, when we were given a taste of things to come.

Iwobi is simply a man who loves nutmegs. He sprinkles nutmeg on top of his cappuccino. He mixes it in with the eggs for his omelettes. He throws it liberally on all of his laboured metaphors.

In Azerbaijan, we saw Iwobi actively dancing away from goal purely to open up an angle to nutmeg Dzon Delarge, to the point where the move sent him back to where he began. Necessary? No, but in many ways yes.

At the very least, Christie ought to have been aware of Iwobi’s goal in Nigeria’s victory over Argentina back in November 2017. By which I mean the half-second before that goal, when Iwobi turned Javier Mascherano into a ghost.

Mascherano might have lost some of his pace in recent years, but he remains a formidable opponent when facing you. At least he did before this moment – afterwards, he played just twice before leaving Barcelona for Hebei China Fortune, because there are few better things to remind you your time at the top is near enough done.

It’s not that Iwobi pulled down Mascherano’s trousers with the nutmeg. It was more a case of subtly removing the veteran’s belt like a magician with the tablecloth trick, leaving his opponents’ slacks to drop to his ankles with no resistance.

Cyrus Christie is no Javier Mascherano, but he’s still an experienced footballer. He’s an Irish international who travelled with his country to Euro 2016. And yet, thanks to the work of Iwobi, he is legally obliged to reset his career and start again, relinquishing all of his previous achievements.

His mistake, as is often the case in these situations, is thinking he is in control.

Christie might start out planning to stand Iwobi up and prevent a cross, but he is then presented with that little glimmer, enough to convince him the ball can be won. Of course, the ball cannot be won. It can never be won. And yet defenders will never stop trying.

It’s rare that we see a man backpedal while still technically moving forwards, but that’s what we have here. Upon beginning to process what is happening, the right-back turns from a professional footballer into a child learning to roller-skate.

Some will argue Iwobi’s actions were useless due to the lack of end-product, that the one against Argentina was more impressive because it ultimately resulted in a goal, but claiming the skill was useless without a pinpoint cross to round it all off is missing the point entirely.

But then these are probably the sort of people who didn’t think it was necessary for me to write 1,000 words about Henrikh Mkhitaryan’s nutmeg a couple of months back just because it was in pre-season. 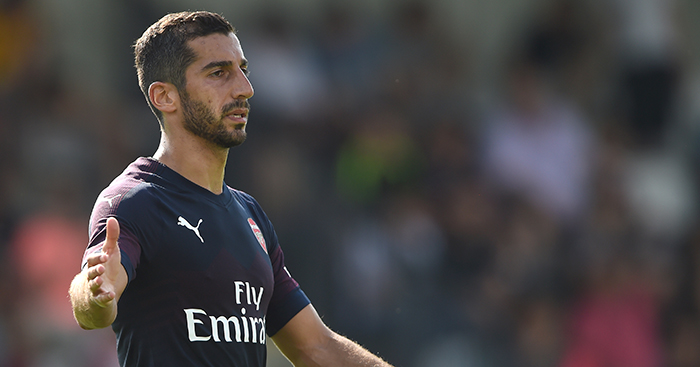 They are wrong on both counts, of course.

Iwobi didn’t need to follow it with a pinpoint cross, or even a cross at all. He could have stopped, put his foot on the ball, sat down and clapped Christie back to his feet before beating him again, and he would have deserved the same response.

He could have booted the ball out of play, slowed to a walk, removed his shirt and faked to offer it to Christie before handing it to another, more deserving player instead.

Referee Paul Tierney would have been legally obliged to stop the game there and then, send the other 21 players home and award the game as a 3-0 win to Alex Iwobi.

Aaron Ramsey’s goal will be shown over and over, and rightly so, but in order to set the tone for a 5-1 victory you need to toy with your opponents and let them know you’re doing so not because you need to but because you can.

This can come back to bite a team, and indeed it has with Arsenal in the past, but moments like this provide enough motivation that if you concede an equaliser – as was the case with André Schürrle’s first-half strike – you have the tools to turn it back on again and threaten at will.

Early in Alex Iwobi’s career, the words ‘nephew of Jay-Jay Okocha’ followed him around wherever he went, and this may have brought some expectation that he might do as a youngster what his uncle was able to achieve at the end of a storied career at the top.

He might not have it all yet, and he might never reach the very top of the game, but he will always be fun.