Rob Jones on Liverpool, injuries & the pain of early retirement 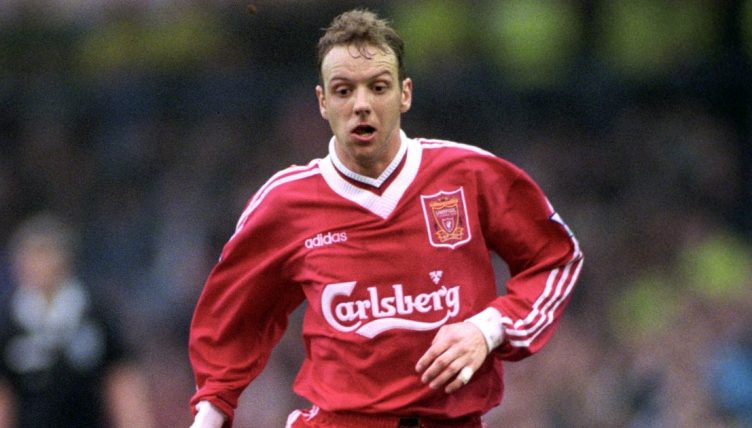 As the owner of 12 children’s nurseries, Rob Jones is happy, content and can look back on his time with Liverpool and the rest of his football career with pride. Injuries and early retirement, however, meant it took a long time to get there.

Injuries can play a defining role in a footballer’s career in different ways. For Jones, they would prove pivotal.

At first, he benefited from the misfortune of others, as a lack of defensive options at Liverpool resulted in a dream move to his boyhood club shortly before his 20th birthday. But just over seven years later he succumbed to patellar tendonitis and had to retire.

Having broken into the Crewe Alexandra first team at the age of 16, Jones was able to learn his trade in the rough and tumble of the lower leagues, becoming an accomplished full-back noted for his pace and defensive diligence.

A midweek League Cup tie at home to Newcastle United in late September 1991 would change everything.

Graeme Souness was in the crowd at Gresty Road that night to watch someone else, but it was Jones who stood out most.

Liverpool’s chief scout was sent along for the following game against Gillingham four days later and also liked what he saw. Things moved quickly from there.

“Being a Liverpool fan it was just unbelievable,” says Jones. “A couple of weeks before I’d been standing on the Kop watching them play. I used to go to as many Liverpool games as possible.

“Next minute I got a phone call off Dario [Gradi], I think it was on the Thursday night, and by Friday morning I was at Melwood training with the lads I’d been watching from the stands.

“It was a bit surreal, and a bit weird. When I look back on it now it was all a bit of a blur. On that Friday, Graeme Souness asked me how I thought I’d cope with playing against Manchester United on the Sunday, live on TV.”

Within 48 hours of completing a £300,000 move from Fourth Division Crewe to First Divison Liverpool, Jones was indeed thrown in at the deep end, making his debut at a hostile Old Trafford.

Lining up at left wing for the home side, as the new signing’s immediate opponent, was teenage sensation Ryan Giggs. Jones managed to keep him quiet during a goalless draw.

Rob Jones was different class. His Liverpool debut, as a young kid fresh from Crewe, thrown in at the deep end against United and Giggs hardly got a touch. Superb.

A surprise arrival, and in pressing circumstances, he would go on to prove his worth with a series of impressive displays.

By February 1992, just four months after leaving Crewe, Jones was making his England debut at Wembley under Graham Taylor. Alan Shearer and Gary Lineker were on the scoresheet in a 2-0 win over France.

The joy of an FA Cup win followed at the end of an eventful season. 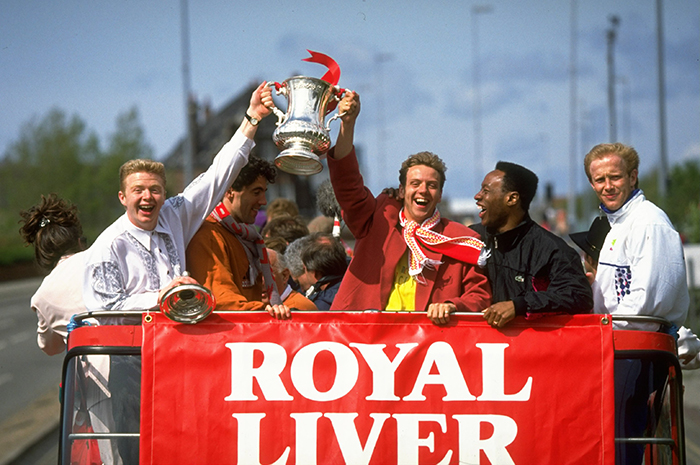 Few players have enjoyed as meteoric a rise, and, but for a painful bout of shin splints, it would have been capped off by Jones representing his country at the European Championships in Sweden.

“That season I’d played a lot of games and didn’t seem to get any rest,” he says. “I rested in the summer, and when I came back for pre-season the problem hadn’t gone.

“I ended up missing pre-season, having an operation, and it just sort of dragged on then until October. It took me a while to recover properly and get my first-team place back.”

This was Jones’ first brush with serious injury, but he took it in his stride. Although the timing was unfortunate, he came through the other side unscathed and went on to make 175 appearances in all competitions for Liverpool over the next four years.

He was forced to take a break from football due to back problems after the 1996 FA Cup final, but it was an issue with his left knee that would ultimately prove fatal to his career.

“I had operation after operation on it and tried to come back a few times over the course of 18 months,” Jones says. “Every time I got to the stage where I played two or three games it would break down again.

“It just dragged on. It was obviously a very depressing time. You think it’s supposed to be the peak of your career, but it was actually the end of mine.”

During those 18 months of torment, of working hard and feeling like he was close to a return only to be hit by yet another setback, Jones’ contract at Liverpool came to an end. He was released in the summer of 1999.

He went on to join West Ham United, but a couple of fleeting appearances confirmed what Jones had long feared yet remained convinced would never be the case: he had to retire early, aged 27. His knee simply couldn’t cope with the demands being placed on it. 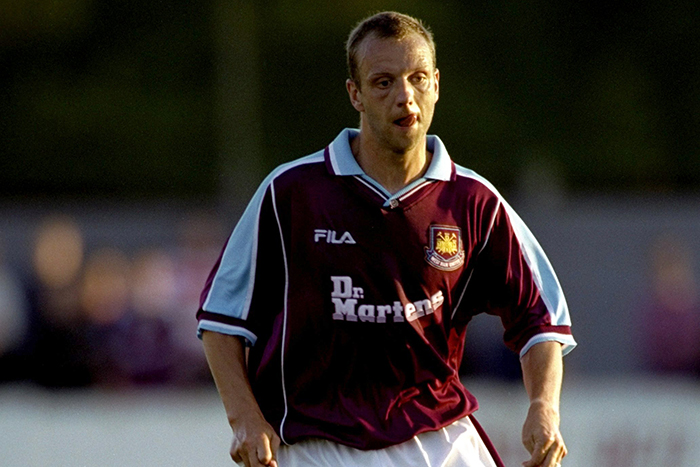 “It just wasn’t meant to be,” he says. “My knee kept ballooning up. I had another scan and they said it had got worse. I ended up having a final operation and then I left West Ham.

“That was the end of it. I went through some dark times after I finished, but I had a good family around me.

“It’s hard. I just thought I was getting on with normal life, but my wife tells me that she could see that I was clinically depressed for probably two years. I wasn’t getting out of bed or I was going out partying, which I wouldn’t normally do.”

Steve McManaman was a great help to Jones during this difficult period of readjustment. They’d become good friends during their years playing together down the right flank for Liverpool and remained close even after McManaman moved to Real Madrid.

He would regularly check in with Jones, invite him over to Spain and pay for his flights.

And it was the support of friends and family that eventually enabled Jones to come to terms with a profound change in his life and find something else to focus on.

“My wife’s always been interested in education,” he says. “When I went down to West Ham she noticed that the standard of childcare down south was much better than up north.

“She went to college for six months to learn a bit more about it and I found a property in the Warrington area. We set the first nursery up and it boomed. We ended up selling it and bought two more with the profits from that. It built up and built up.”

Please vote for us I haven’t won a trophy for years 🙏🏻 😜 https://t.co/dWrl0OQzEq

Jones and his wife currently oversee 12 nurseries. Most are spread throughout the country, from Blackburn to Wolverhampton, but they also have one in Bahrain and are making arrangements in China too.

“I’ve got a completely different career path,” says Jones. “I had nothing prepared for when I retired, but the nursery schools definitely fell into place for us. It keeps us busy.”

While that remains Jones’ overriding focus, he hasn’t entirely left football behind and has a role back at Liverpool, mentoring members of the Under-18s and Under-23s teams.

Along with McManaman, he was recruited by Brendan Rodgers in 2013 to share his knowledge of what it means to play for the club, and the standards required, as well as the many hurdles that professional players have to overcome in order to succeed.

“It’s worked well,” Jones says. “We’ve been there four years now and I love being involved with Alex Inglethorpe at the academy.

“We’re always there to help the lads along. Me and Macca have both been there and seen the ups and downs of football.” 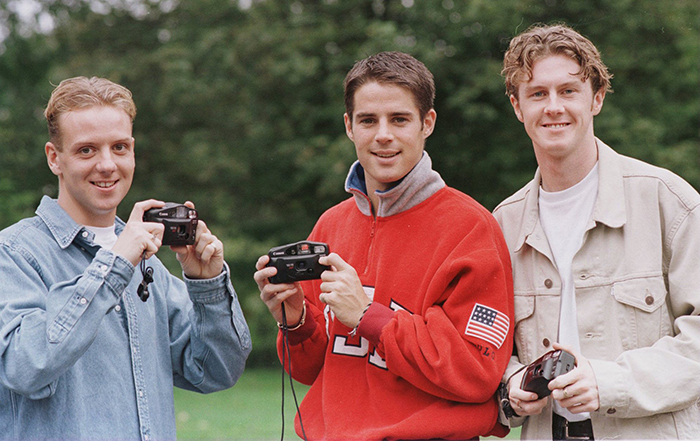 Looking back on his own career at a distance of more than two decades, Jones is at ease with how things worked out.

The frustration and sense of disappointment has passed and he prefers to focus on all that he did achieve rather than what more he might have done if injury hadn’t intervened.

“It’s great to have ex-players and fans say I could have gone on to do more, but I look at the positives,” he says.

“I got to play for my country, even though it was only eight times. I played for Liverpool for eight years. I played in FA Cup finals, which I dreamed of doing. I ticked most boxes.”

READ MORE: Roy Evans: We should have won title, maybe we were too attack-minded