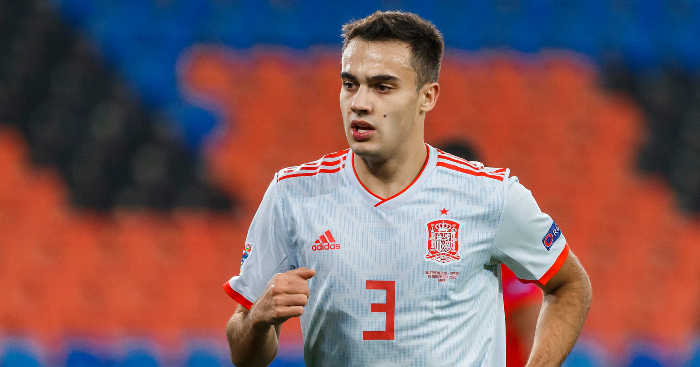 Sergio Reguilon has already become a firm favourite at Tottenham – and Spurs fans are already worried about the prospect of Real Madrid re-signing the left-back.

Spurs landed Reguilon from Real Madrid this summer in a deal worth around £28million. The Spain international had also attracted interest from Manchester United, but only Tottenham were willing to agree to a buy-back clause in the transfer, with Real still clearly impressed by Reguilon.

According to football.london, Real can re-sign Reguilon in the summer of either 2021 or 2022 in a deal that would net Tottenham around £15million profit.

The 23-year-old has already shown he is willing to do the dirty work – we branded this recovery tackle Jose Mourinho’s wet dream – but he has mainly got the eye thanks to his threat going forward, with a goal and two assists to his name at Spurs already.

While on international duty with Spain, Reguilon registered another pinpoint assist with a cross from the left to allow Gerard Moreno to snatch a late equaliser against Switzerland.

The cross had Spurs fans drooling on Twitter, but also prompted their fears that Real are going to eventually activate their buy-back clause.

Great assist from Reguilon
Really hope he stays at Spurs but surely Madrid will have him back 👀pic.twitter.com/0g6DJ8PdZ9

The fear this fella gives me, going to be a long two years, he’s so good 🥴 https://t.co/RsN34zD0PX