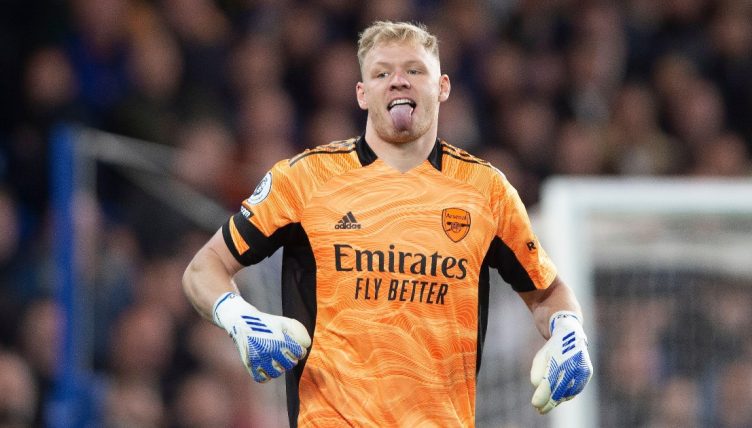 Aaron Ramsdale clearly enjoyed Arsenal’s unexpected win over Chelsea at Stamford Bridge on Wednesday night. And he showed it by taunting the Chelsea fans after Bukayo Saka scored the Gunners’ fourth.

The goalkeeper, having likely suffered the goading of the home supporters behind his goal throughout the second half, turned and waved, inevitably angering some of the more thin-skinned fans.

Many had headed to the exits by that point, with Chelsea 4-2 down in injury time and dealt a fatal blow by Bukayo Saka’s converted penalty.

And Ramsdale wasted no time in sarcastically waving to the frustrated Chelsea faithful. It wouldn’t have been a surprise if he’d joined in with the Arsenal fans’ chants of ‘cheerio’.

Either way, this will only increase his popularity at the Emirates, where the goalkeeper is quickly making a name for himself as something of a character.

His animated mannerisms and his tendency to engage with the crowd has left Arsenal fans enamoured, though of course his ability as a goalkeeper is the most important thing.

But a big personality is what can make players stand out. Regardless of his talent as a shot-stopper, there is certainly something magnetic about Ramsdale.

It’s perhaps no surprise, then, that he has staked a claim for the captaincy at Arsenal.

“I’d take the responsibility but that’s down to the manager,” Ramsdale said in an interview with FourFourTwo.

“We’ve got a lot of strong characters, though, and a lot of people who I think would be good captains.

“Just to be told ‘you’re in a leadership role’ – I’d relish whatever. You never turn down a captaincy and I think I’d excel if I was given the armband, but that’s down to the boss.”

Given that Ramsdale is still only 23, his influence and standing at the club just one season in is impressive.

And if he keeps waving to London rivals as Arsenal win crucial derby matches, his popularity will only grow.