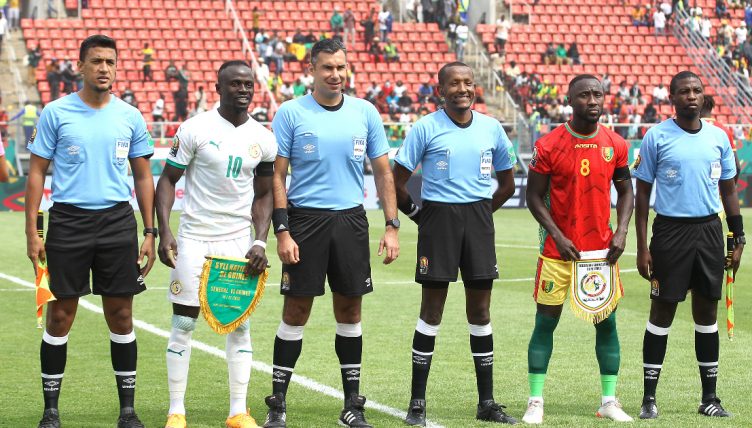 It’s always interesting when club team-mates play against each other at international level, and the AFCON clash between Guinea and Senegal was not short of drama.

Liverpool stars Naby Keita and Sadio Mane lined up against each other for the first time, with both players captaining their countries, and after an initial hug to greet each other just before kick-off, they got down to serious business.

The game ended 0-0 in an evenly balanced affair, and the biggest moment of the game came in the 64th minute. With Mane driving into the Guinea half, Keita sprinted back and floored him from behind.

The referee stopped play immediately and quickly brandished a yellow card, at which Keita expressed his frustration, but it was a clear foul and a deserved yellow on balance, so one can’t imagine Mane was too happy with his Liverpool teammate.

Play resumed and both teams swiftly moved on, and thankfully for Jurgen Klopp there was no bad blood between the two, as has happened in the past.

Cristiano Ronaldo and Wayne Rooney had a famous bust-up at the 2006 World Cup when England played against Portugal. Rooney was sent off for a foul on Ricardo Carvalho, and his United teammate Ronaldo was quick to harass the referee.

Rooney tried to fight Ronaldo before getting his marching orders, and Ronaldo responded with a cheeky wink. Many predicted a huge falling out when they returned to Manchester, but they worked out fine in the end.

Keita’s tackle on Mane, whilst a bookable offence, has no reason to strain any relationship between the pair, and both will return to Liverpool as friendly as they were when they left.

Keita’s Guinea side face Zimbabwe next, whilst Mane’s Senegal face Malawi in the final group match, with both stars aiming for glory in Cameroon.